Pistons guard Dennis Smith Jr. on Wednesday night flashed the form that once made him the centerpiece of a trade involving All-Star "unicorn" Kristaps Porzingis.

Smith, acquired from the Knicks in a trade last month, broke out for a 10-point, 11-assist, 12-rebound triple-double as a starter in the Pistons' easy win over the short-handed Toronto Raptors in Tampa.

Incredibly, Smith was one of two Pistons to notch a triple-double on Wednesday, joining center Mason Plumlee. They were joined by Indiana Pacers point guard T.J. McConnell in forging an unusual and unexpected triumvirate of trip-dubs on the night. 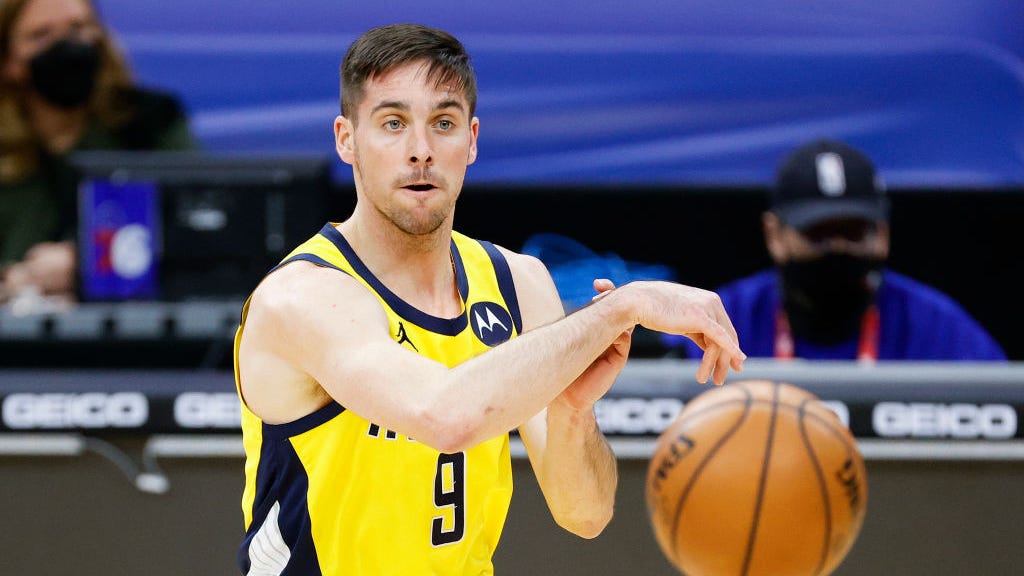 It marked the first time Pistons teammates recorded triple-doubles in the same games since 1964, NBA.com reported.

Smith's effort underscores something of a mini-bounceback for the five-year veteran, whose stock has been trending downward after his 2017 selection in the draft lottery by Dallas, where he produced uneven results in two years as a starter before he was shipped out in exchange for Porzingis in a blockbuster swap.

Smith, who played his college ball at NC State, was dreadful in New York by just about any measure, but he was hardly set up for success, either. Fair or not, the failed experiment made Smith a target of frustration for Knicks fans long starved of a winner.

Knicks fans might still be smarting over the loss of Porzingis, but Smith's star still had enough shine to bring back a pretty notable player in return, in Derrick Rose. Perhaps the New York-Detroit swap is the rare case of a win-win trade for both teams.

While Smith isn't exactly killing it in Detroit, his numbers are much more in line with his production from Dallas. Triple-doubles can be misleading without some additional context -- for example, Smith was only 3-of-9 from the field on Wednesday, not terribly efficient -- but the assists, rebounds and 3 steals hint at a different skill-set than the traditional point guard.

There is not a more overrated stat in sports than the mere “triple-double.” We only care about it because it sounds cool.

But just a triple-double without context?!?! 🥱 https://t.co/z0vfncpfPb

After the game, Smith said he was most proud of his work on the glass, the Associated Press reported.

"My thing as of late has been trying to get to the ball, and making a play to help us win," he said. "We were making shots tonight and we kept the energy in the game from start to finish. I think that was the main thing."

Smith finished with a plus-minus of +11 in 27 minutes of action.

Toronto, playing its home games in Tampa because of Canada's travel restrictions, was without several starters and key contributors, including Pascal Siakam, Fred VanVleet and OG Anunoby, as well as much of their coaching staff, due to virus protocols and injuries.

Dennis Smith Jr with his 1st triple-double with the Pistons!