The Mets got some of the worst-case news on Luis Guillorme Monday: an MRI showed a “moderate” left groin strain, and he is expected to miss three-to-four weeks as a result.

“It is what it is; he’s valuable, but so are other guys we’ve missed,” Mets manager Buck Showalter lamented. “He’s done a lot of things for us, and we’ll try to hold the fort down. It’s part of baseball.”

Eduardo Escobar, who himself missed time over the weekend with oblique tightness, was in the Mets’ lineup at third base for Monday’s series opener with the Braves, and the Mets added Deven Marrero from Triple-A Syracuse to replace Guillorme on the 26-man roster - after Showalter said top prospects Brett Baty and Mark Vientos are not options “at this point” to be called up.

“Not at this point, no…Brett won’t be here today, neither will Vientos,” Showalter said. “There’s conversation since early this morning, we’ve been talking through a lot of things and took everything into consideration.” 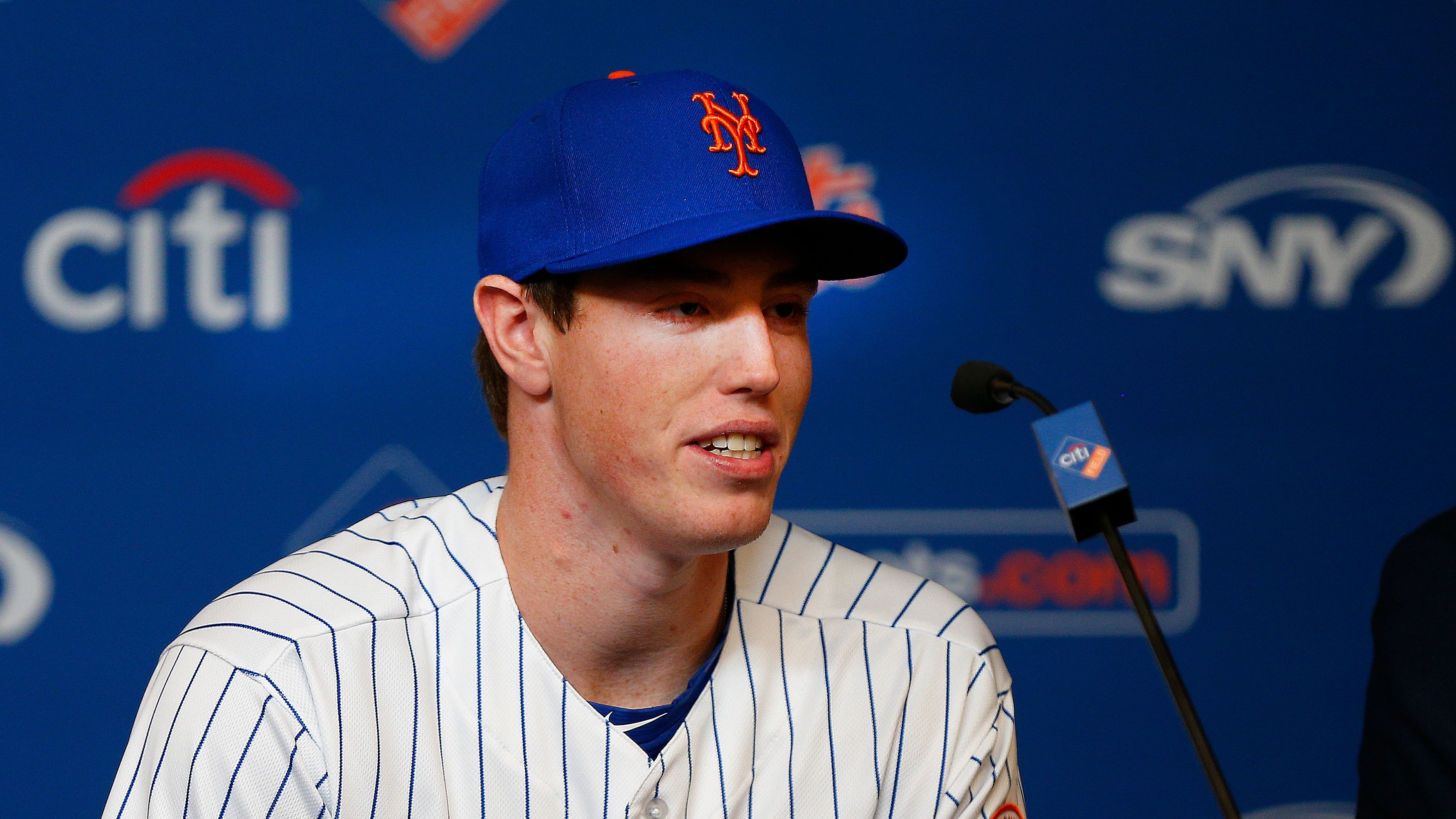 There had been a report from Mike Puma of the New York Post that Baty was being considered to be promoted if Guillorme was to miss significant time, as Baty had a successful first week in Triple-A after slashing .312/.406/.544 with 19 home runs and 59 RBI in 89 games at Double-A Binghamton.

Vientos, Puma noted, was not an option, likely due to being a lesser defender at the hot corner despite similar offensive numbers.

Not promoting Baty makes sense in terms of roster construction, at least, as Guillorme, despite taking over as the primary third baseman, was also the only true backup shortstop on the roster – a spot that, if Baty or Vientos were recalled, would fall to Escobar, who hasn’t started a game at short since 2018 and has only played two innings there overall in the last three-plus seasons.

Marrero, a former first-round pick of the Red Sox back in 2012, has played mostly shortstop in his career, but is able to provide backup at second and third base as well - the latter coming in handy if Escobar is sidelined again mid-game, as he was last week when Mark Canha had to step in to play third for the first time in a few years.