Is it Brett Baty time in Queens?

According to Mike Puma of the New York Post, the Mets are considering the possibility of promoting Baty, who is the team’s No. 2 prospect and No. 18 overall according to MLB.com, if Luis Guillorme is out for any length of time after leaving Sunday’s game with groin injury.

Guillorme has been the primary starter at third base over the last few weeks thanks to injuries and ineffectiveness from Eduardo Escobar, having started 11 of the last 17 games at the hot corner (with two more at second base), and he has hit .260 over that span.

However, Guillorme left Sunday’s game in the fifth inning with left groin tightness after running the bases in the bottom of the fourth, and he will undergo imaging Monday to assess the severity of the injury.

“We'll see how it goes tomorrow," Guillorme said after the game. "It is tight – it tightened up right as I came around third – and it hurts a little bit, but we want to get it looked at." 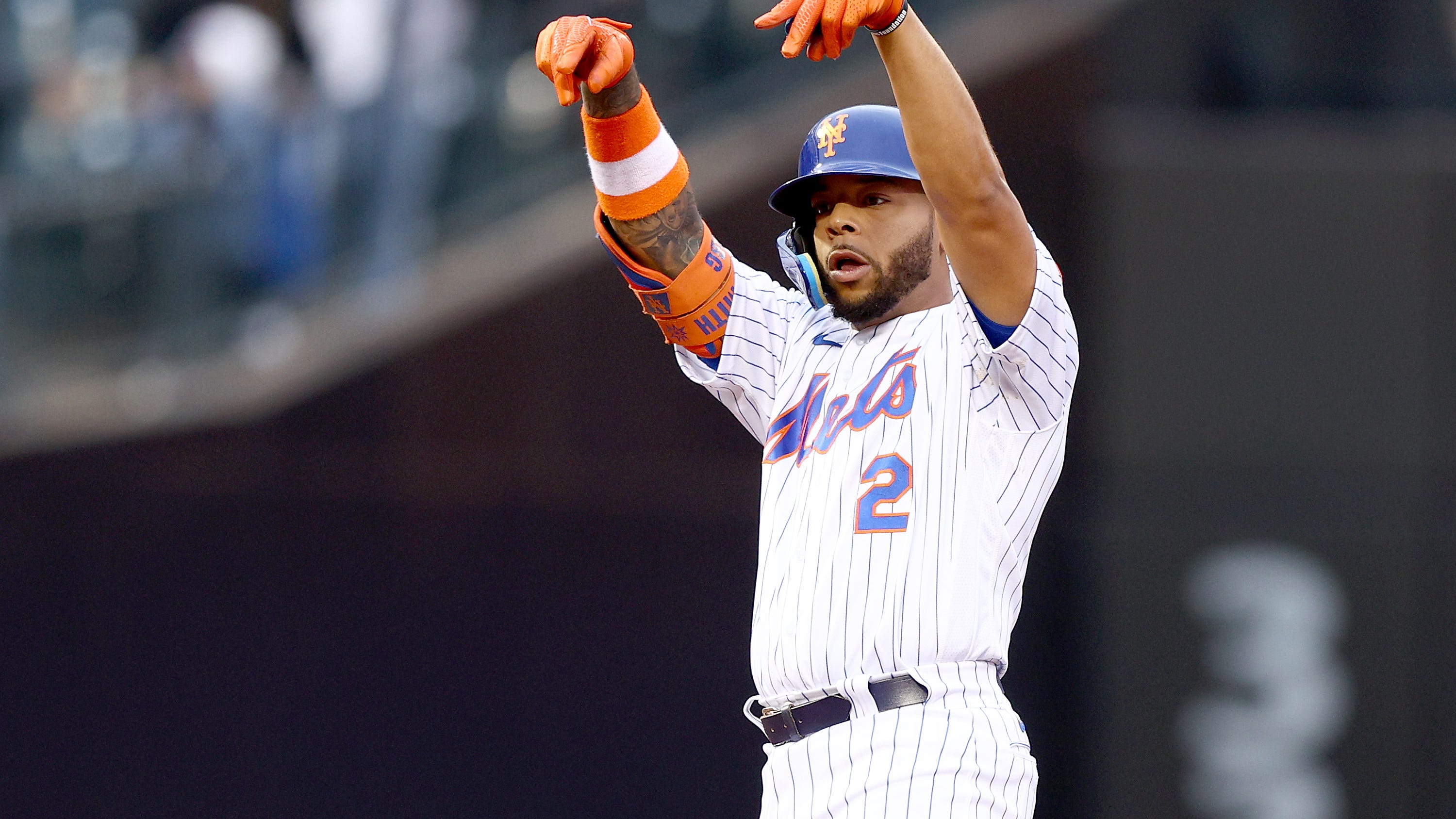 Buck Showalter on Dominic Smith: 'He's going to get an opportunity again…if not for us, somewhere else'

Guillorme was replaced by Escobar, who had left Friday’s game in the second inning and sat out Saturday due to oblique tightness – an issue he said was just soreness, and likely not an IL situation, although he could probably only hit from the left side.

Escobar was signed to a two-year, $20 million deal with a 2024 option last winter, but he has hit just .218 in 101 games through Sunday.
Baty is considered by many to be the Mets’ third baseman of the future with an optimistic ETA of mid-2023 in the Majors, but his performance plus the Mets’ issues at the hot corner may move that timeline up.

Per Puma, there have been no discussions about promoting 1B/3B Mark Vientos, the team’s No. 5 prospect, who has hit .274 with 19 homers in 81 games at Triple-A Syracuse. Vientos is not a strong defender at any spot, and as the Mets shored up their DH situation with Daniel Vogelbach and Darin Ruf at the trade deadline, Vientos would be an extraneous bat-first player.