The MLB playoffs start on Friday with the Wild Card Series and Max Scherzer will take the mound for the Mets in Game 1. However, Buck Showalter has yet to name a starter for Game 2 on Saturday despite having another ace in Jacob deGrom ready to go.

There’s no question that deGrom will pitch in the playoffs for the Mets, but they may have to be more strategic with it given the new playoff format. After a best-of-three series over the weekend, the Divison Series all start on Tuesday. That’s only one day off for the Wild Card winners.

Evan Roberts of the Audacy Original Podcast “Rico Brogna” talked about Showalter’s decision to only name a Game 1 starter and explained why that may be the best move for the Mets.

“Take Scherzer, take deGrom, names are meaningless for the sake of this discussion,” Roberts said (7:52 in player above). “Both guys are going to pitch again. The thought that Buck may have right now is something we have discussed… I’ve made it clear that in this new format, best of three, if I’ve got two aces like this … I would start my ace. If I lose that first game, obviously I use my second ace in Game 2. But if I win the first game, why would I pitch my second ace in Game 2 when I can either hold him back for winner-take-all Game 3 or have that guy saved for the NLDS.”

There would undoubtedly be more pressure in a Game 3 for deGrom, but that’s not something the Mets should necessarily worry about. It’s about beating the Padres, then the Dodgers, and moving on to the NLCS and World Series.

“I’ll hold off my big arm number two until I need him. And I keep seeing people saying ‘Don’t get cute. How could you risk not pitching Jacob deGrom?’ Nobody’s risking not pitching Jacob deGrom! The concept is very simple. If the Mets lose on Friday night and they’re down 0-1, deGrom pitches Game 2. You cannot have your season end with deGrom not pitching in a playoff game, OK? 100%,” Roberts continued. “This is my opinion. I think this is the way Buck is going. If you win Game 1, great! Here’s Chris Bassitt for Game 2 and if I can win them both, I got deGrom Game 1 Division Series, sets him up to pitch twice in a best-of-five against the Dodgers. Doesn’t that sound eerily familiar? It makes perfect sense.”

The Mets used deGrom in Game 1 and Game 5 in the NLDS against the Dodgers back in 2015. The ace pitched 13 innings in that series, winning both games as the Mets eventually advanced to the World Series.

If the Mets do in fact sweep the Padres in two games, they’re sitting pretty for the NLDS against the Dodgers. They could have deGrom start in Game 1 on full rest (and then some), Scherzer start Game 2 on full rest, and have deGrom come back in Game 5, as Roberts explained.

On the other hand, if the Mets are forced to use deGrom in Game 2 or 3, things get a bit trickier. But if they advance past the Padres it’s not the end of the world. Showalter could still use one of his aces twice in the NLDS, but it would require Scherzer to start on three days' rest either in Game 1 or Game 5. That’s not something that should faze him, though.

MLB’s new playoff format is throwing a new wrinkle into pitching plans for the postseason and we’re getting an up-close look at it with Showalter at the helm. 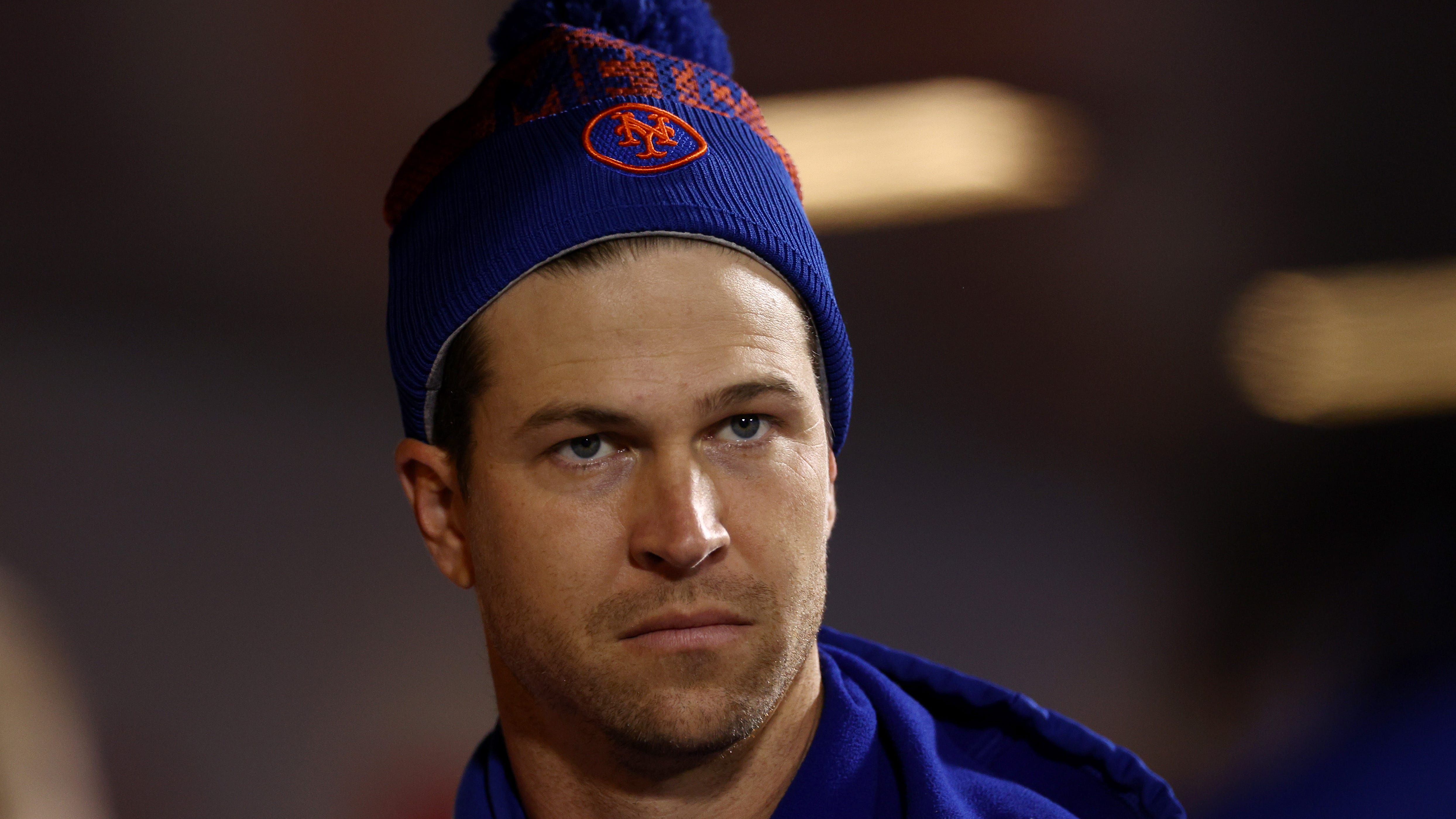 Gio: Mets season will be 'completely wasted' if they don't survive Padres