Kevin Durant signed a four-year extension with the Nets on August 8, 2021, but less than a year later, he seemed like he wanted out, requesting the Nets trade him somewhere else.

It was a situation that kicked off a summer of uncertainty and chaos around the Nets until he finally rescinded that request, but at Nets Media Day on Monday, KD revealed that it was the uncertainty before his request that led to him expressing his desire to possibly go elsewhere.

“There was a lot of uncertainty around our team; I committed the next four years of my career to this team last summer, and I felt like we were building something towards the future,” Durant said. "As the season went on you, you saw what happened: guys in and out of the lineup, injuries, just a lot of uncertainties that built some doubt about the next four years of my career. I’m getting older and I want to be in a place that’s stable and trying to build a championship culture. I had some doubts about that and I voiced them to [Nets owner Joe Tsai] and we moved forward from there."

And just to clarify: never once did KD go in and demand anything, whether that be a trade itself, anything with Kyrie Irving or other personnel, or something as simple as game situations.

“From Day 1, I’ve never walked into anybody’s office and demanded anything. Never once have I told anyone to sign a certain player, or run certain plays for me, or do anything. I come in and do my job as a player,” Durant said. “A lot of people have it in their mind that I control things with the Nets, but the only thing I control is my job, and my job is to be a player.” 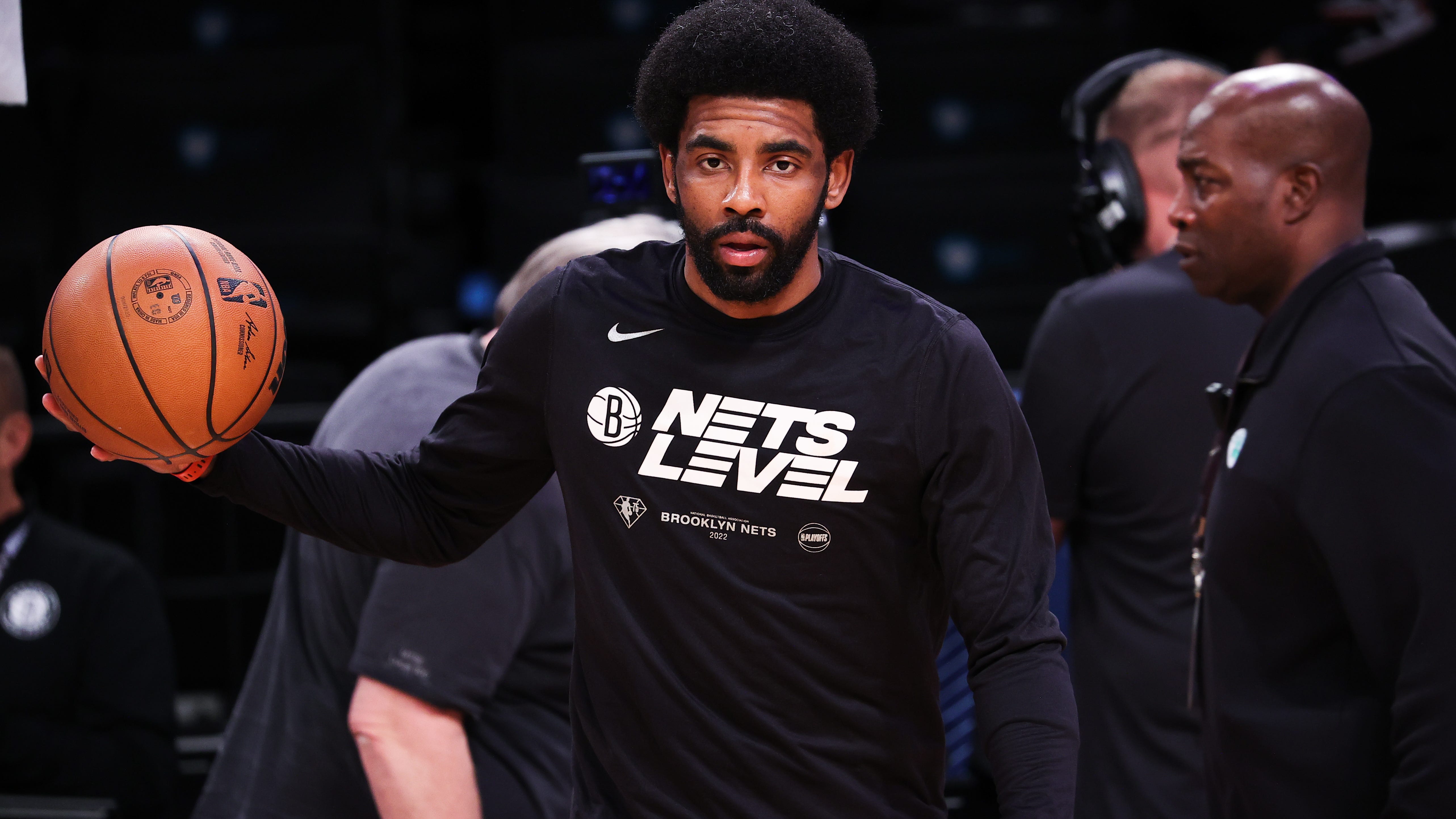 He noted in that answer that he’s “not the liaison between Kyrie and the organization” and he didn’t want to get in the middle of any of that chaos. But, he says, he, and Irving too, had constant dialogue with Nets team brass last year, so when he went to ownership to discuss leaving, it wasn’t a shock.

“They know me and understood where I was coming from,” Durant aid. “I had plenty of takes with Sean (Marks) and Steve (Nash) throughout the season as to how I was feeling, what I felt we needed to change as a team and an organization, and where I see my career. They know how much I care about the game, my teammates, and wanting to win.”

Thankfully, all the drama ended with KD deciding to stay with the Nets, and he’s not worried about this summer’s events hurting anything when it’s time to get back on the court.

“I had conversations with Steve, Sean, and Joe, and we came to a mutual agreement that we should keep moving forward. We all jumped on the same page; we’re all professionals, and it was pretty simple,” Durant said. “We know how to adapt and move forward. I’m still doing what I love to do, so I look at it from that lens. I feel like we still have a great team here and I still love to play, and I wasn’t going to let the summer affect what I need to do on the court when it’s time.”

And, he says, he’s not disappointed that he’s still in Brooklyn, and actually appreciated team brass telling him they weren’t just going to take the first deal that came along.

“I know I’m that good that good that you’re just not gonna give me away,” he said, “and that’s one thing I appreciated about Sean and Joe: they straight up told me, ‘you’re too great to just give you away.’”

Now, he’s excited to try to run it back with Irving, Ben Simmons, and the rest of the Nets.

“It was a year of growth, and I have faith that we have guys here that want us to be one of the best organization in sports,” Durant said. “I have faith moving forward we all want the same things, especially after a summer of us having a standoff. It’s going to make us better.”

And, he has a message for Nets fans who might question whether he’ll try to force his way out again next summer if things don’t go well in 2022-23.

Nets sfans should know me after three years, so I fot feel like I have to prove anything. Im committed to moving forward with this team,s o if they have dobuts, I cant control that. They know how muh I care by what I’ve shown these last three years.