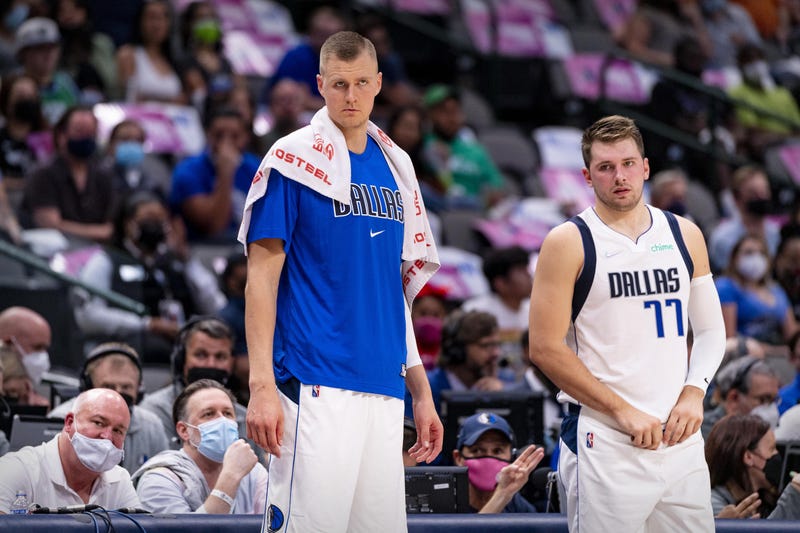 DALLAS (105.3 The Fan) - In the midst of their worst stretch of the season, the Mavericks will look to get back on track in a nationally televised matchup against Kevin Durant and the Brooklyn Nets on Thursday night at the AAC.

In their most recent loss to the Grizzlies on Saturday, the Mavs were forced to play without both of their stars, Luka Doncic and Kristaps Porzingis. The good news for the Mavs, however, is that it appears their absences won't be extended, as both players could return for Tuesday's contest.

According to 105.3 The Fan's Kevin Gray, Doncic (ankle) and Porzingis (knee) were both able to practice Monday, but each player's status for Tuesday is still to be determined, head coach Jason Kidd said.

But according to the team's TV broadcaster Mark Followill, Doncic and Tim Hardaway Jr. (knee contusion) are both listed as questionable, while Porzingis is probable for Tuesday.

While speaking with the media Monday, Porzingis said he felt good in practice and hopes and expects to play. Doncic wasn't made available to the media.

The Mavs have lost seven of their last ten games and have dropped to the No. 6 spot in the Western Conference with an 11-11 record.