Another NBA vaccination controversy is brewing in San Francisco as with Kyrie Irving and the Brooklyn Nets are scheduled to play the Golden State Warriors at Chase Center on Saturday night.

Irving, who infamously remains unvaccinated, is barred from participating in games in New York City because of its order requiring people at certain indoor settings to be fully inoculated.

As a result, the Nets' star has only been able to play in the team's away games this season.

The only other NBA city to have similarly strict requirements to New York City is San Francisco. Under the current restrictions, all Warriors players and workers at Chase Center are mandated to be fully vaccinated against COVID-19. Despite the two cities' rules being almost identical, Irving will still be allowed to enter Chase Center and participate in Saturday's game – a loophole which has drawn the ire of Supervisor Matt Haney.

San Francisco's rules do not apply to visiting players at the arena, meaning Irving is permitted to be inside the arena if he takes a negative COVID-19 test before he takes the floor Saturday.

"I don't think it makes much sense at all. He's not allowed to play in New York, I don't know why there would be an exception for him to play in San Francisco," Haney, whose district includes Chase Center, told KCBS Radio. "We have a standard for everyone who is at Chase Center from the players to the people who work there and it should extend to visiting basketball players."

Haney called the uneven restrictions a "double standard," which not only puts everyone inside the arena at a health risk but also sends the wrong message to the public. "We can't tell everyone in our city that there's one standard that the bus driver has to follow and another that the multimillion dollar basketball player visiting from New York has to follow," he said.

"This has ripple effects on people's trust on the rules being set." 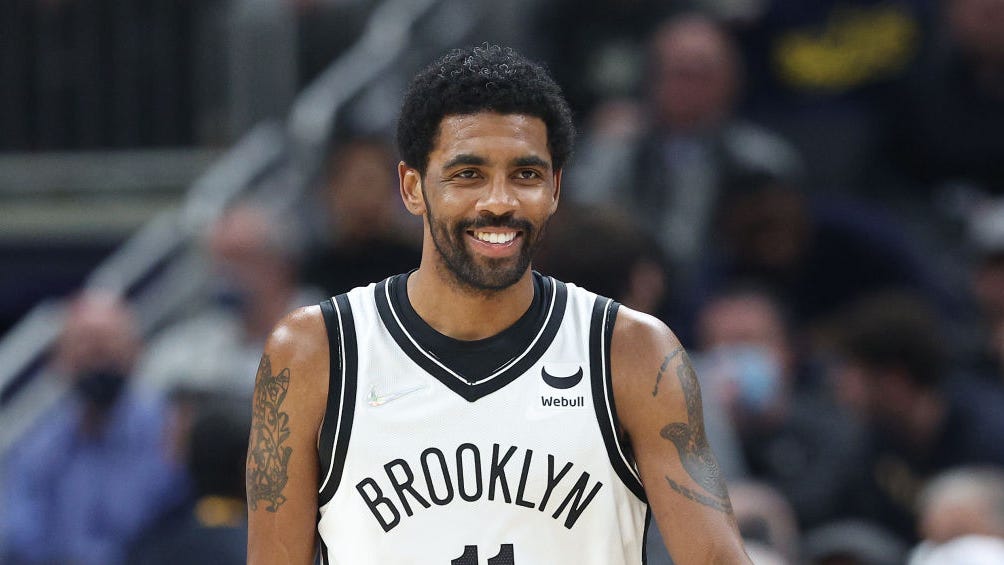 Kyrie Irving stays grounded on COVID-19 vaccine despite injury to Kevin Durant: 'I've made my decision'

UCSF epidemiologist Dr. George Rutherford concurred with Haney's frustrations. He told KCBS Radio that if it were up to him, all players, both home and away, would be required to be both vaccinated and boosted against COVID-19. "I think testing is a poor second choice to having people vaccinated and boosted," Dr. Rutherford said. He added Irving being allowed to play on Saturday "defies logic at some level."

Haney said he plans to speak with the city's Department of Public Health about the inconsistent restrictions in the hopes they "reassess" the rule.