Kyrie Irving noted in his Nets Media Day session that he “gave up four years and $100-something million” because of his decision to remain unvaccinated, insinuating the Nets gave him an ultimatum that he might not have a contract extension if he didn’t get the vaccine.

Come a year later, Kyrie opted in to the final year of his deal, even after he and Nets management were unable to come to terms on a long-term extension again – but this time, GM Sean Marks pinned that more on the parties not finding agreeable terms, instead of anything off the court.

“There were a lot of unforeseen circumstances that led up to those contract negotiations with Kyrie at the end of the summer,” Marks said later on Nets Media Day. “I’ll never get into the actual discussions, but they were very open and honest discussions. We knew what he was looking for, and we obviously couldn’t find middle ground.”

No middle ground means Irving is playing on a one-year, $36.5 million deal…and it seems as if both he and the Nets are happy to have each other. 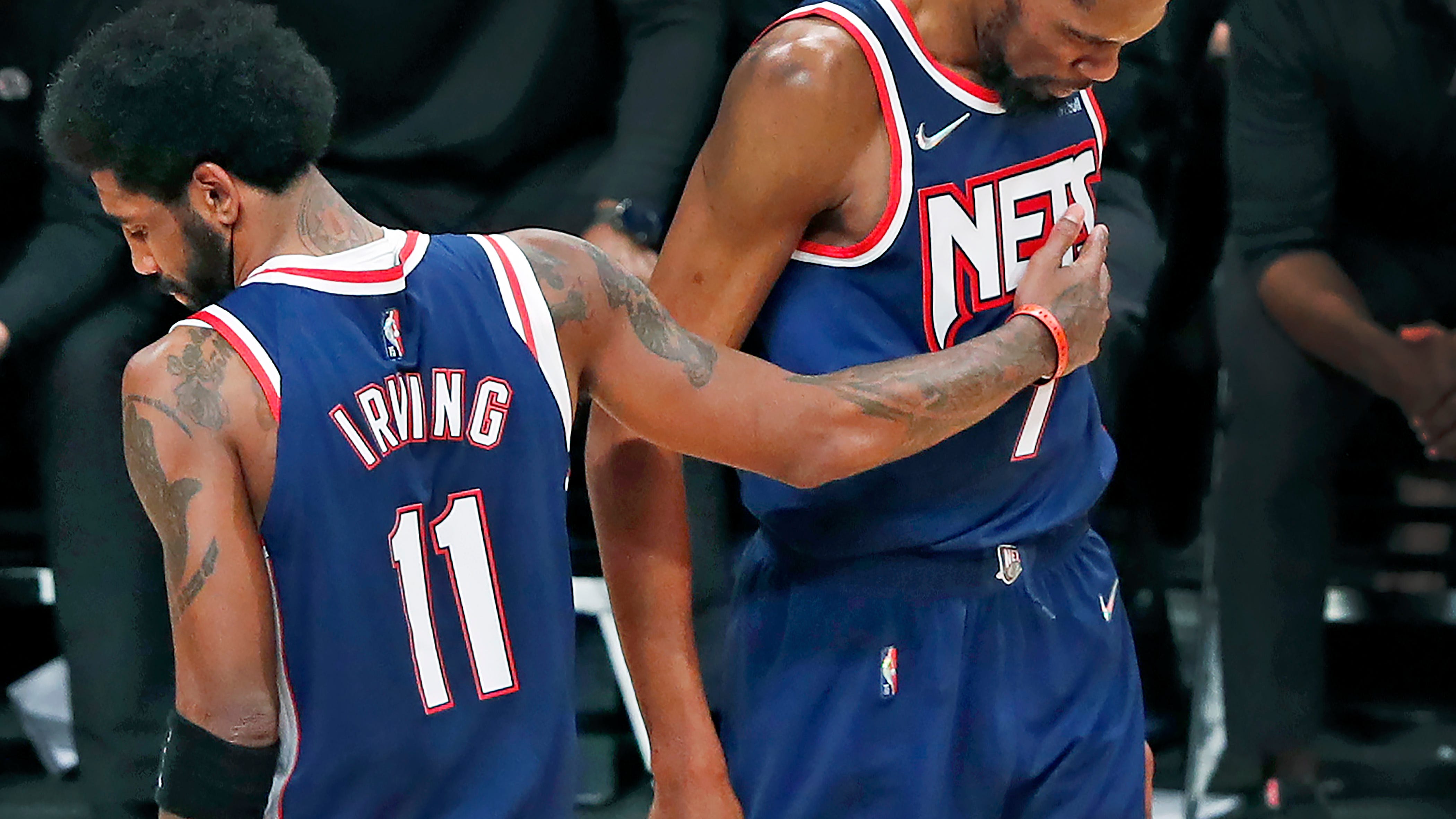 Why did Kyrie Irving decide to opt in after all his drama with the Nets?

“At the end of the day, we're happy that Kyrie is back here,” Marks said. “Listening to his press conference that he had this morning, my take away from that is that he's committed, and we’re going to see a very determined Kyrie Irving."

That’s in part because, Marks said, in a contract year, Irving knows he has to perform on the court, and stay on the court, to quell any notions about his fitness or commitment to the game.

“He's committed, and he understands that as he goes into free agency, in order to get what he wants, he's going to have to show commitment out here,” Marks said. “We're going to be happy to support him in any possible way throughout the season to make sure he’s healthy and committed and ready to go.”