The Las Vegas Raiders make waves across the NFL on Wednesday when it was announced the team was working out Colin Kaepernick.

Kaepernick, 34, has not played in the NFL since 2016 after he began kneeling during the national anthem as part of a social justice protest against police killings of minorities in the country.

He has become a polarizing figure since then and even had a collusion lawsuit against the league after no team would sign him following the season he protested in.

Kaepernick recently expressed he still had the desire to play in the “I am Athlete” podcast and was open to taking on a backup role.

The news that he was finally getting a workout sparked a reaction of many fans and media figure on social media:

Chiefs fan here, but love this from the Raiders. Kaepernick has shown that he is easily one of the top 40 or so quarterbacks out there and deserves a job. https://t.co/yL0OJdpsvl

Love this move from the @Raiders. Always willing to give people a chance no matter the struggle. 👏 #raiders #kaepernick https://t.co/h0ANQobo3p

I don’t want to get my hopes up but if he makes a roster the significance of that can’t be understated https://t.co/XF2bneE8wQ

If he makes roster, I’ll be the first fool in Vegas with a Kaep jersey.

Proud of my squad for being the one to give him a look. #RaiderNation

#Kaepernick in a @Raiders jersey would be epic! Not only will they have a top tier QB2, but his jersey sales will also easily become a Top 3 in the #NFL

I hope Colin Kaepernick crushes his workout with the Raiders.

Kudos to Josh McDaniels and Dave Ziegler for being the first guys to give Kaepernick a workout https://t.co/kRhbqC03B9

Someone should have a few years ago. At least now it can be put to rest either way. Good luck to him and I know most don’t have interest but it only takes one. I could see him being the third best on Raiders roster right now. If he doesn’t make it will people accept that though? https://t.co/C2bA69AQkB

Of course, with someone as polarizing as Kaepernick, there were no so positive reactions and many speculating if this was some sort of publicity stunt, especially in light of news former Raiders head coach Jon Gruden’s lawsuit against the NFL will move to court also surfacing on Wednesday.

I hope the Kaepernick interest is legitimate. Mullens as the backup doesn’t exactly inspire confidence.

It's not lost on me, that the Las Vegas Raiders announced they're working out Colin Kaepernick on the same day that a lawsuit against them and the NFL, filed by John Gruden, is being allowed to move forward.

Kaepernick trying out for the Raiders right after the NFL couldn’t get the Gruden lawsuit dismissed….. nothing fishy at all here.

Of all teams that need to get their publicity up, the raiders are definitely one of them. The Kaepernick workout makes sense for them 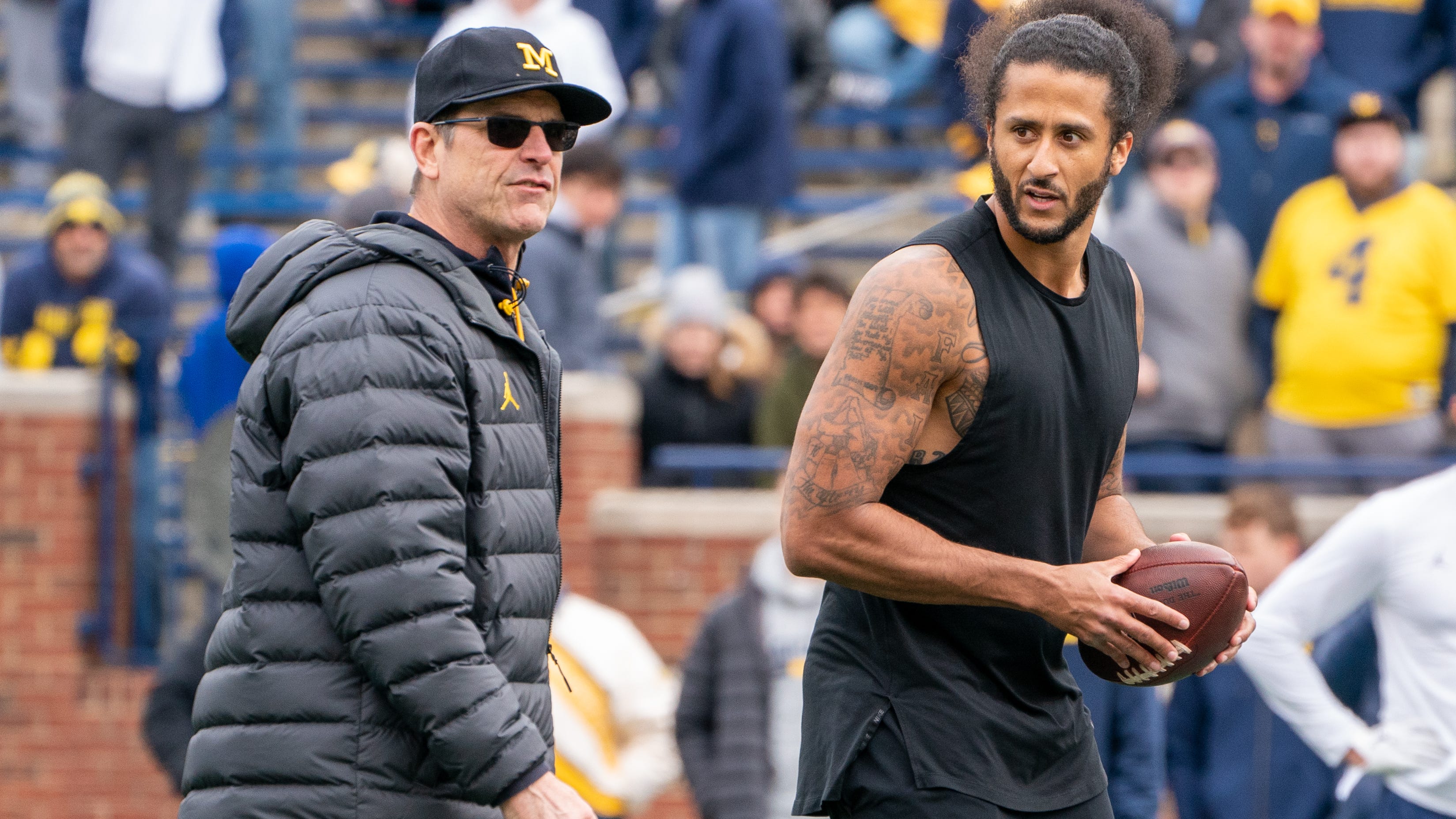