He signs many autographs, though some are inevitably left disappointed because you can never sign them all. He throws balls to young fans in the outfield stands, and once in a while even has a game of catch with an awed youngster.

Aaron Judge is holding up the ideal that comes with being literally the biggest star in baseball.  And while he doesn’t quite stay into the wee hours of the morning signing autographs the way Cal Ripken, Jr. did while he chased down Lou Gehrig’s streak in 1995, it’s easy to describe Judge as a fan favorite. And the one-on-one meetings and conversations are ones that take on extra special meaning, because he remembers being there too.

“I can just picture myself, how little AJ would want to be talked to in that position when I’m getting a chance to meet one of my favorite players,” Judge said during a chat at Yankee Stadium in August.

Little AJ? As if any of us can really picture him being anything less than 6-foot-7 and 280 pounds?

But Judge does have a very specific memory growing up as a teenage San Francisco Giants fan in Linden, California – and the biggest impression was left by someone who wasn’t quite a household name. 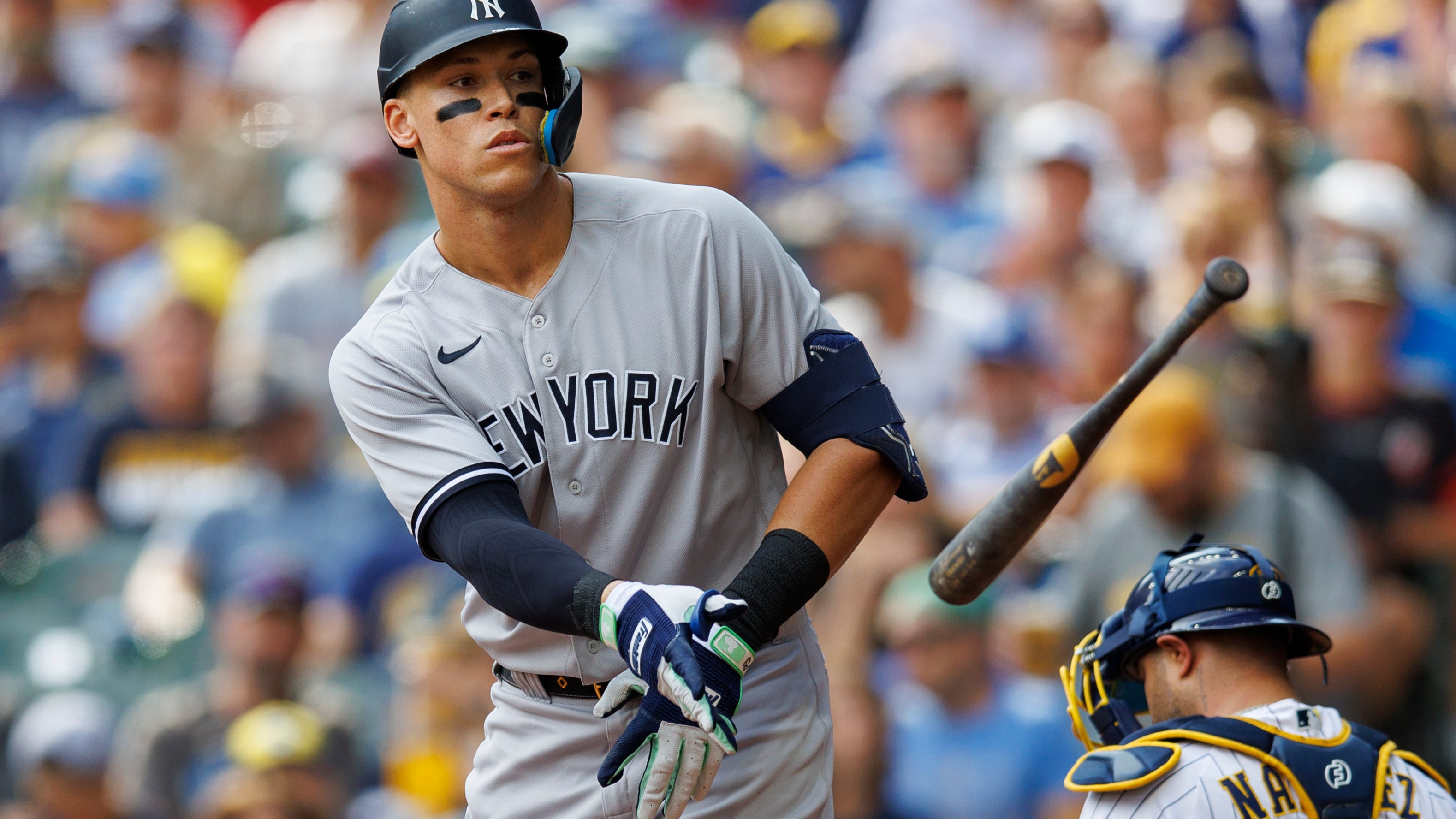 Murti: How 'here we go again' has completely changed meaning for Aaron Judge

This is what he said when I asked Judge if he remembered getting any autographs when he was a kid:

“When I was in middle school or high school, I went to a Giants game with my buddy, and I remember being in the tunnel looking for autographs,” Judge recalled. “And I’ll never forget seeing Jonathan Sanchez, a left-handed pitcher for the Giants. I’m sitting there with my Giants hat, we were screaming and trying to get guys to sign. Everyone’s walking by, and then (Sanchez) saw me and my buddy and made eye contact. He kept walking too, but then he stopped and came back and signed our hats…it’s something I’ll never forget.”

It was a small moment that made a big impact. Sanchez, now retired and living in Puerto Rico, could not have been happier when I reached out to tell him that story.

“I just got goosebumps,” said Sanchez. “When I would see all those kids in batting practice trying to get an autograph or baseballs or anything, I always imagined that was me.”

Sanchez dreamed of opportunities like that when he was a child, but never had the chance to attend major league games and watch his heroes in batting practice when he was growing up in Puerto Rico. He only saw his idol, Randy Johnson, in person for the first time when they became Giants teammates in 2009. 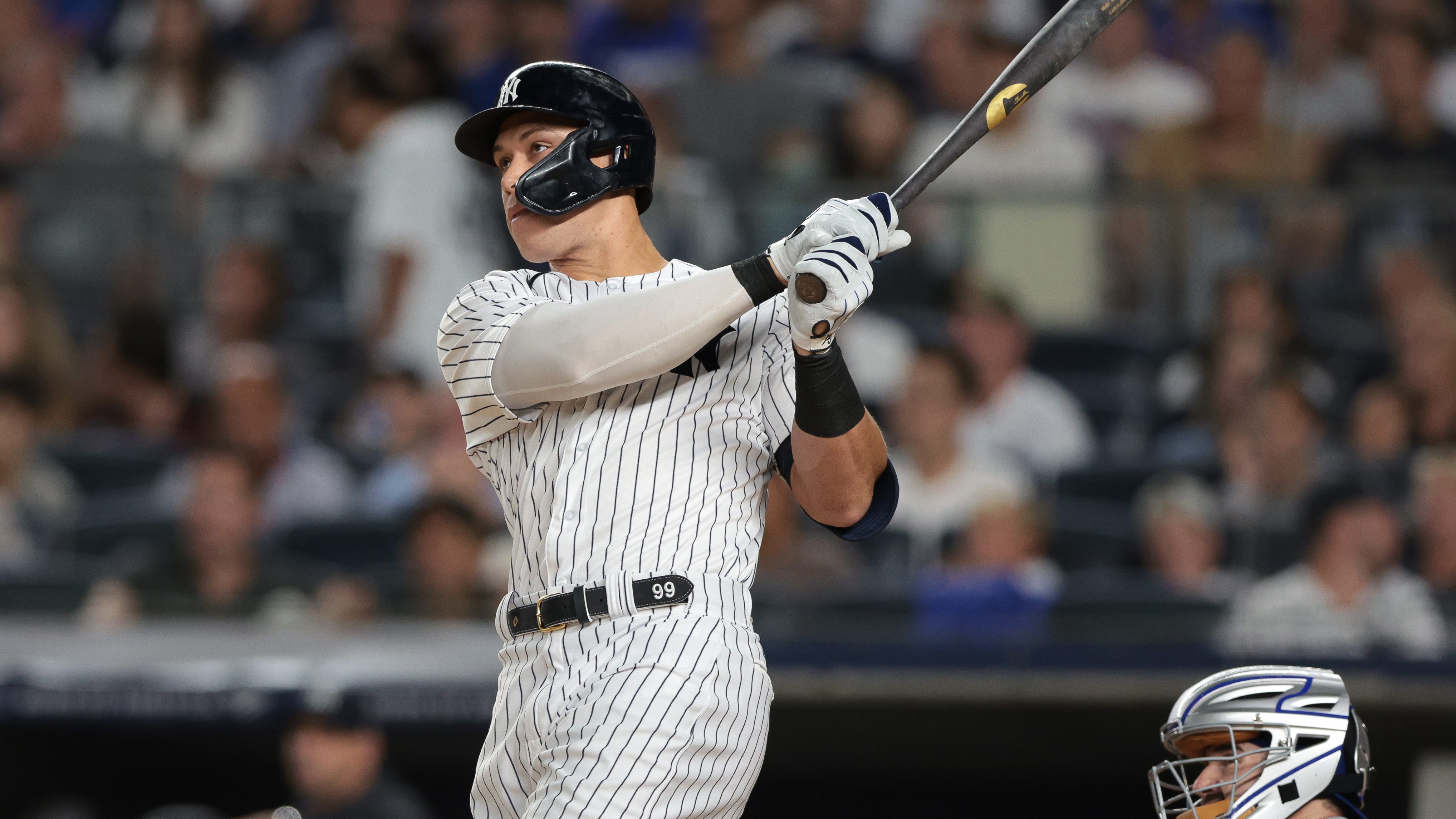 Murti: Aaron Judge getting the Barry Bonds treatment in Bonds country this weekend?

Sanchez would feel bad seeing kids disappointed when they couldn’t get autographs from their favorite players, so he would try to oblige them.

“Those kids waiting for us could be me or my son or someone else and they’re going to remember that one day,” Sanchez said. “Judge remembered that day!”

And now the tables have turned, because Sanchez is a big Aaron Judge fan. As the season wound down, Sanchez was following along with Judge’s at-bats and rooted hard for him to win the batting title and the Triple Crown.

Judge ended up falling five points short, finishing his amazing season with a .311 batting average to go along with his league-leading 62 home runs and 131 runs batted in.

Judge smiled telling me the story of getting Sanchez’s autograph. And he appreciates the smiles he gets when he’s able to take time and make a kid’s day just like Sanchez did for him.

“When there’s time, if I don’t have a meeting or something else to get to…it doesn’t take five minutes or ten minutes, it takes 30 seconds to sign a baseball and say hello and move on. So when I have it in that perspective, that it’s only 30 seconds – what’s 30 seconds in my life when that kid might have a memory or something he might cherish for the rest of his life? That 30 seconds might make that kid a Yankees fan or make him want to pursue baseball a little bit more. It might make him work a little bit harder in school. You never know the impact you’ll have. Thirty seconds can change a life, so that’s pretty cool.”

Sanchez glows thinking about the impact his 30 seconds with Judge made those many years ago.  And now he watches with pride as Judge carries it forward on and off the field.

“When I think about what he’s doing, it’s exactly what a good person does,” Sanchez said. “The person that has a good heart does what he’s doing with those kids. One day one of those kids is going to play in the big leagues and they’re going to remember him for life.”