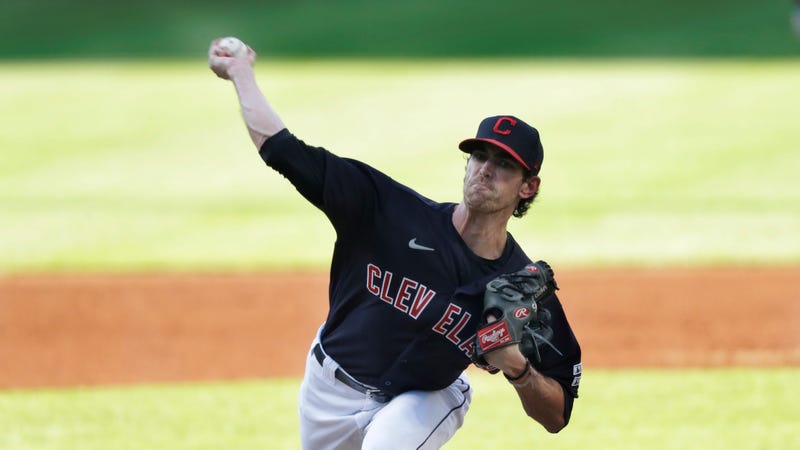 A look at what’s happening around the majors today:

There was a ton of great pitching Friday on the second day of this strange 60-game season: Shane Bieber struck out 14 in six innings for the Indians, Jacob deGrom threw five shutout innings for the Mets and Kyle Hendricks threw a complete-game shutout for the Cubs.

Don't be surprised if that trend continues. There are plenty of fresh arms to go around.

The Miami Marlins and Seattle Mariners carried a record 17 pitchers each on their opening day rosters, which were expanded to 30 players for the beginning of this coronavirus-delayed season.

Many teams have opted for pitching-heavy rosters as they try to ease their starting pitchers into the 60-game season. Pitchers usually get at least six weeks in spring training to build up their arm strength but got half that during July’s three-week summer camp.

Baseball's got the sports world largely to itself for the next week and a lot of people are watching.

The pandemic-delayed MLB opener was a hit on television. The Nationals-Yankees game on ESPN was the most-watched regular season game in baseball on any network in nine years. It averaged 4 million viewers according to Nielsen fast national ratings and peaked at 8:30 p.m. EDT with 4.48 million viewers.

No regular season game had been viewed by that many since 4.7 million watched Boston beat the Yankees 3-2 in 10 innings on Aug. 7, 2011. That game was also on ESPN.

The nomadic Blue Jays earned a win on Friday to start their season. They also found a place to call home for a few months.

Toronto finally learned where they'll play home games this season on Friday, settling for a Triple-A stadium in Buffalo, New York, after being denied use of big league stadiums in Canada and Pittsburgh. Several hours later, they beat the Tampa Bay Rays 6-4.

The club's first home games were originally schedule on July 29-30 against the Nationals but those have been moved to Washington to accommodate infrastructure modifications at Sahlen Field to help it meet Major League Baseball standards and COVID-19 safety requirements. If the field isn't ready by July 31, the team's first “home” games in Buffalo would be on Aug. 11 against the Marlins.

Right-handed pitcher Brady Singer is expected to make his MLB debut when he takes the mound against the Cleveland Indians on Saturday. The 23-year-old was the No. 18 overall pick in 2018 after a stellar college career at Florida. He pitched well in summer camp and earned the spot after starters Brad Keller and Jakob Junis tested positive for the coronavirus.

Right-hander Taijuan Walker will be back on the mound for the Seattle Mariners on Saturday after two injury-plagued seasons with the Arizona Diamondbacks. Walker missed most of the 2018 season after having Tommy John surgery and had various setbacks that limited him to just one inning in 2019.