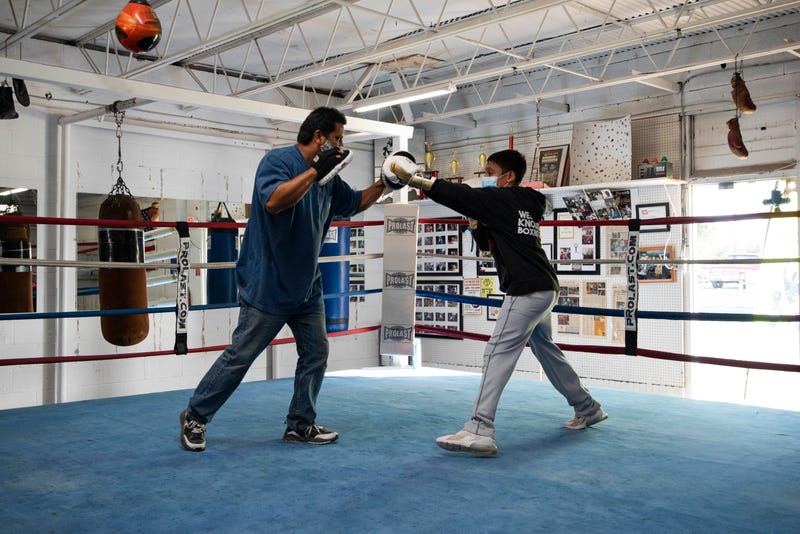 The American Athletic Conference says it will keep its eight-game conference football schedule in place and allow its 11 schools to play up to four nonconference games.

The AAC also announced it could move the date of its football championship game, scheduled for Dec. 5 at the home stadium of the top-seeded team, back to Dec. 12 or Dec. 19 if needed, due to COVID-19 disruptions.

The AAC has lost at least eight games against Power Five conference opponents that have altered schedules to play all or mostly within their league. More cancellations could come. The conference is allowing its members to find replacement games if possible. Conference play begins Sept. 19 as previously planned.

The South Carolina High School League has pushed back its start date for football practices and games.

The governing body decided to delay workouts until Sept. 8, three weeks later than the previously planned start of Aug. 17.

A seven-game schedule will start Sept. 25, according to the latest plan. The playoffs will conclude in December. Those teams that don’t make the playoffs will have the option of scheduling an extra game, as long as it happens before Nov. 20. High school stadiums will be limited to no more than 250 people in the stands with social distancing measures in place. Fans will also be required to wear a mask or face covering.

Miami Marlins outfielder Matt Joyce, who missed all of summer camp with the coronavirus, says his antibodies tests have come back negative and he continues to observe protocols for COVID-19.

“I’m like: ‘OK, I already had it. Do I really have to wear the mask all the time?’” Joyce said. “But I still want to be mindful and careful, because there’s still so much unknown.”

Joyce said he had mild symptoms for six days, and he was frustrated that it took him a month to test negative for the virus. Eighteen of his teammates are now infected following a recent outbreak that halted the Marlins’ season for a week.

“Hopefully they have a much better experience than I did with the testing results,” Joyce said.

Eastern Kentucky kicker Landon White has quit the football team in a social media post that accuses the FCS program of being lax in coronavirus testing and following protocols.

White says on Instagram that the team’s last test was July 6 and that symptomatic players were still in the building and around other teammates. The junior adds that meeting rooms have had “100+ players and staff crammed into it with zero space and no social distancing rules in sight.”

The 6-foot-1, 192-pound White also says first-year Colonels coach Walt Wells knows and “does nothing,” adding that he only cares about EKU earning a big payout from West Virginia for playing in Morgantown on Sept. 12.

Athletic director Matt Roan said in a statement the department is aware of White’s post. He says “egregiously or willfully ignoring safety guidelines” by staff or students will not be tolerated. Moan also says weekly testing will be done consistent with re-socialization requirements and anyone reporting symptoms will be tested, monitored and quarantined if necessary.

The Detroit Lions have activated wide receiver Kenny Golladay from the reserve/COVID-19 list.

The list was created for players who either test positive for COVID-19 or have been in close contact with an infected person. The Lions put Golladay on it last week.

Golladay was Detroit’s leading receiver last season with 65 catches for 1,190 yards and 11 touchdowns.

Albert Wilson became the second Miami Dolphins player — and their second receiver — to opt out of playing this year because of the coronavirus.

“It was a very tough choice,” Wilson wrote, “but since the day I started playing the game it’s always been Faith Family Football. Because of this crazy time I choose to put my family in the best situation I see fit.”

Coach Brian Flores said he supported both players in their decisions.

Wilson made four starts and had 43 receptions for 351 yards and one touchdown last season.

Cleveland Browns center and NFLPA president JC Tretter said he’ll push for daily testing for the COVID-19 virus during training camp while the NFL ramps up for the season.

Tretter said Wednesday on a Zoom call that he’s been satisfied with the protocols agreed to by the league and players’ union. Tretter said those guidelines will need to continue to evolve and change as more is learned about the virus.

Players are currently being tested each day, but that was supposed to change in two weeks to every other day if teams stayed below a certain percentage of positive cases. Tretter believes daily testing is necessary to avoid the “lag time” that has led to problems in Major League Baseball.

Tretter has chosen to play this season while knowing he’s putting himself and his pregnant wife at risk. He’s currently staying in a hotel and not at home to minimize any chance of getting sick.