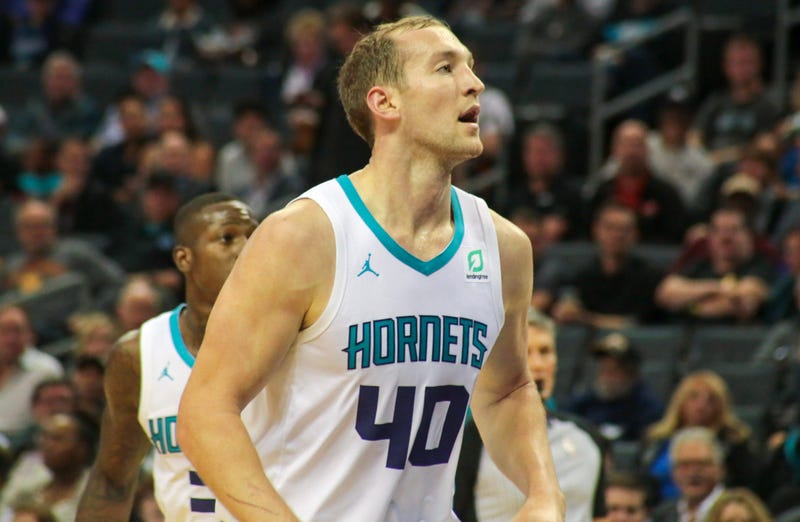 When thinking of Charlotte Hornets center Cody Zeller, injuries can be the first thing that comes to mind.

And with good reason.

Zeller, who was taken fourth overall in the 2013 draft, suffered a hip contusion Monday night, causing fans to once again worry about losing their starting center for an extended period of time.

At 27, Zeller is theoretically entering the prime of his career.

"It's just the competitiveness inside of me that I want to be out on the court," Zeller said in an interview with Fox Sports South. "Sometimes it's a tough balance to rest and to rehab to stay healthy all season."

"I want to be out on the court. I want to be there for my teammates." @Hornets big man Cody Zeller describes his path back from injuries to @ashahahmadi.#AllFly pic.twitter.com/NfG49CpswA

The Hornets haven't had much success over the last few seasons, but without Zeller on the court, their success has been even more limited.

Zeller has mainly dealt with knee soreness and a broken hand over the last few years, but had remained healthy through Charlotte's first 18 games this season.

He's missed one game this year due to a personal issue. Outside of that, he’s averaging career-highs with 11.2 points and 8.1 rebounds.

Zeller hasn't lived up to the hype of being a high lottery draft pick as he’s averaged just 8.4 points and 5.9 rebounds per game.

One of the biggest flaws in Zeller's game has been his lack of 3-point shooting, which former head coach Steve Clifford said was a must for Zeller to take the next step.

"We want to play through him," head coach James Borrego said earlier this season. "Cody allows us to play a number of ways, especially with pace. He's a great runner. He starts our offense in transition.

In today's NBA, big men are expected to shoot the long ball.

Zeller and current head coach James Borrego preached prior to the season that the Indiana product would work on developing a 3-point shot.

It looks to have worked as he’s making 35.4% of his 3-point attempts. His 11 made 3s this season is already a career high.

Compare that to over his first five seasons when he took only 16 3-pointers and made just four.

"It's different for me," Zeller said. "I've worked a lot on it this summer but it's something I have to continue to do for myself and for the team."

While he’s shown vast improvement, he still has a ways to go, but the good news is that Brook Lopez of the Milwaukee Bucks was in a similar situation a few years ago.

He led the league last season with 7.9 attempts per game.

Minnesota Timberwolves center Karl Anthony-Towns has increased his 3-point attempts from 1.1 per game as a rookie to 9.0 this season.

To improve these numbers, Zeller has to be given the opportunities and so far it's been gradual, but still not enough.

Zeller has brought consistency to the center position that other Charlotte centers on the roster like Bismack Biyombo, Willy Hernangomez, Dwight Howard and Frank Kaminsky haven't been able to fulfill.

"We don't have the one dominant center/power forward like a Tim Duncan that can get us 20 rebounds a night," Borrego said. "Zeller is our top rebounder at 7 or 8 a game and he has to work his tail off to get those."

In the previous three seasons, Charlotte has had a +6.2, +4.6 and +1.4 plus/minus rating, respectively, with Zeller on the court.

In the important Value Over Replacement statistic, Zeller had over double the number of points of the next highest center.

"END TO END FOR THE BIG MAN!"@CodyZeller runs the floor and throws down the ------!#AllFly | #CHAatWAS | @hornets pic.twitter.com/veUNcgdNG3

History and numbers say the Hornets are better with Zeller on the floor, but stats say he's still average compared to the rest of the NBA's centers in individual performance.

To improve, staying healthy is the first priority.

"I think I'm in a good spot right now," Zeller said during training camp. "Freak things happen and hopefully the worst of that is behind me. But we'll be cautious with how much I'm practicing and lifting."