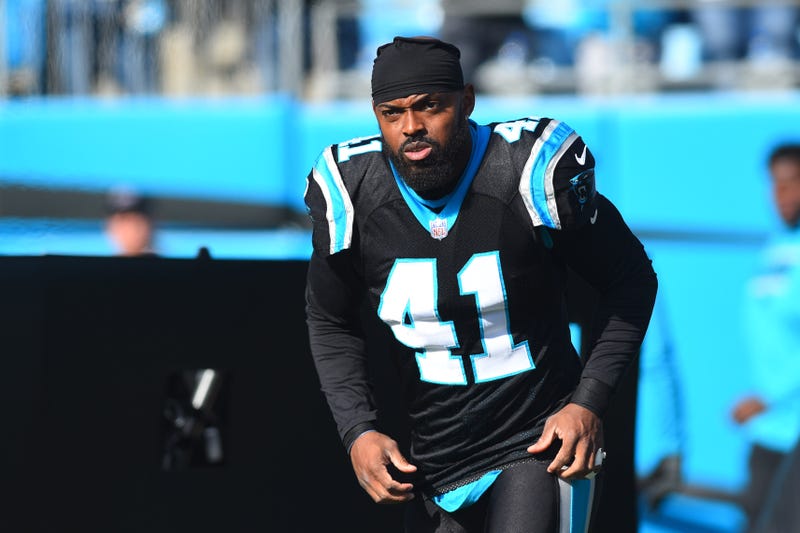 ORCHARD PARK, N.Y. (AP) — Turns out, the Carolina Panthers may not have heard the last from cornerback Captain Munnerlyn.

Cut by the Panthers in February, the 10-year veteran signed with the Buffalo Bills on Saturday and required no reminder after his first practice Sunday that next up on Buffalo’s travel itinerary is a pair of joint practices with the Panthers in South Carolina next week, followed by a preseason game at Charlotte, North Carolina, on Friday.

Munnerlyn tried to play down the reunion initially, but then noted the Panthers are the only team to ever release him and promised to let them hear about it this week.

“I know there’s going to be a lot of trash-talking, and I’ll probably be doing a lot of it,” he said.

“I’m definitely going to have a little edge on me,” Munnerlyn added with a laugh. “But at the same time I’m going to be smart about it. I know they’re my old teammates, but I’m going to make plays. And you’re guaranteed when I make the plays, they’re going to know about it.”

Munnerlyn has a reputation for being outspoken on and off the field and acknowledged it doesn’t take much to motivate him.

“My release got me hungry again and I’m ready to roll,” the 31-year-old said. “I’m still young. I’ve got a lot of football left in me.”

The Bills signed Munnerlyn to compete for a backup spot to replace E.J. Gaines, who was placed on injured reserve after sustaining a core muscle injury in practice on Aug. 4.

Though new to Buffalo, Munnerlyn landed on a team with numerous familiar faces.

Head coach Sean McDermott previously served as the Panthers defensive coordinator during the final three seasons of Munnerlyn’s first stint in Carolina. Bills general manager Brandon Beane formerly worked for the Panthers and played a role in scouting Munnerlyn when Carolina selected him in the seventh round of the 2009 draft.

“You know it’s good when you can have guys to lean on, especially when you go to a new place,” Munnerlyn said. He even recognized some of the terminology and defensive plays being called during practice.

“It’s definitely like riding a bike for me,” he added. “I played my best football under (McDermott), so hopefully I can get back to that form and get ready to roll.”

After spending his first two seasons in Carolina as a backup, Munnerlyn earned a starting role upon McDermott’s arrival in 2011. He then signed with Minnesota in 2014 and had four interceptions in 47 games before re-signing with the Panthers in 2017.

Relegated to playing as the third cornerback, he became expendable in Carolina as part of the team’s youth movement.

In two separate stints with Carolina, Munnerlyn had eight career interceptions with a franchise-best five returns for touchdowns.

McDermott likes that Munnerlyn is familiar with the defensive system and plays with an edge.

“The things that jump out even when I watched him playing on TV last year was the competitiveness. All that hasn’t changed. I think that’s in his DNA,” McDermott said. “He’s been out of it for a little bit, so he’s going to play himself back into shape here.”

Acho has eight seasons of NFL experience and spent the past four with the Chicago Bears, where he had four sacks in 51 games. Acho was released by Chicago in March after missing the final 12 games of last season because of a torn pectoral muscle. The 30-year-old spent his first four seasons with Arizona. Overall, he has 17 sacks and 10 forced fumbles, with 57 starts in 102 games.

Duccasse is a nine-year veteran who had one season left on the three-year contract he signed with Buffalo in 2017. He started 21 games in two seasons with the Bills before being the odd-man out in what’s become an offseason-long overhaul of formerly a patchwork offensive line.