The 2020 NFL season was supposed to be a final chance for wide receiver Curtis Samuel to prove why he deserves a big contract as he approaches the end of his rookie deal.

Through two games, the Carolina Panthers fourth-year wideout hasn't found himself as involved in the offense as many thought he'd be.

Samuel has been targeted just 10 times, hauling in seven receptions for 51 yards. He ranks 73rd out of 83 players in the league in targets.

In Week 2, Samuel played 70 percent of the offensive snaps, but was targeted just two times. He managed just two catches for 13 yards

Offensive coordinator Joe Brady, who helped guide the greatest offense in NCAA Division I history last year at LSU, knows that must change.

"Coming away from the first two games, I have to use Curtis more as a receiver," he said. "I have to get the ball to him more. That was some of my notes from the last two games. With his speed on the field and his ability to push the ball, we have to utilize Curtis more in the pass game."

Curtis Samuel is very good in the open field. Get the ball in his hands, and he can do some pretty special things.

Take a look at Samuel’s seven receptions thru week 2.

To no real fault of his own, there’s honestly no real estate for RAC action on any of these. https://t.co/p8nqmXiUXk pic.twitter.com/rpVvb3ep9U

Even with Brady hoping to increase his production, Samuel is just trying to do whatever is being asked by the coaches.

"I don't go into the game plan thinking about how many targets I'm going to get," he said. "If I'm involved and I'm touching the ball, hopefully, I'm scoring. I thank Joe for wanting to get me more touches but that's not my focus. My focus is whatever my job description is - whether I've gotta block guys, whether I gotta go down there and open up a route for someone else, if it's me catching the ball. More importantly, it's about winning. Whatever my role is, I'm going to do it to the best of my ability."

Samuel has averaged a career-low 1.1 yards after the catch this season, according to Pro Football Reference, which is somewhat shocking considering he has the ability to make big plays with his blazing speed. He ranked second in the league in separation from the defender stats last year, according to FiveThirtyEight.com. 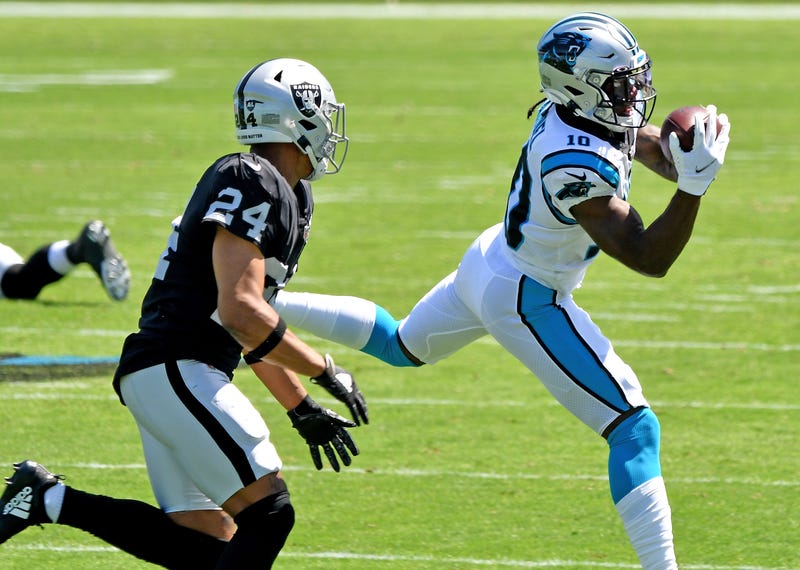 "I think the importance of Curtis is he's really good at run after the catch, he has really good hands, he's physical, he's tough, he's competitive," head coach Matt Rhule said. "We think he has the ability to game break and be a playmaker. We had two receivers over 100 yards last week, but Curtis is someone, I know we handed him the ball a few times last week on speed sweeps, and handed him the ball as a running back, we just have to find ways to take advantage of his versatility and his playmaking ability."

The addition of receiver Robby Anderson, who has back-to-back 100-yard receiving games in his first two contests as a Panther, could be a reason Samuel hasn't had as many looks. However, if  the strong play from Anderson continues, it could eventually complement Samuel's game.

"Keep doing that, keep doing that and then a lot of teams will probably want to double him which opens up for a lot of other guys," Samuel said. "Having a great talent like that, it helps a lot of us. D.J. (Moore) over there doing his thing, so it's just gonna open up a lot of things, whether me in the slot or whoever else- tight ends, running backs or whatever, but our job is to keep making things happen at that wide receiver spot." 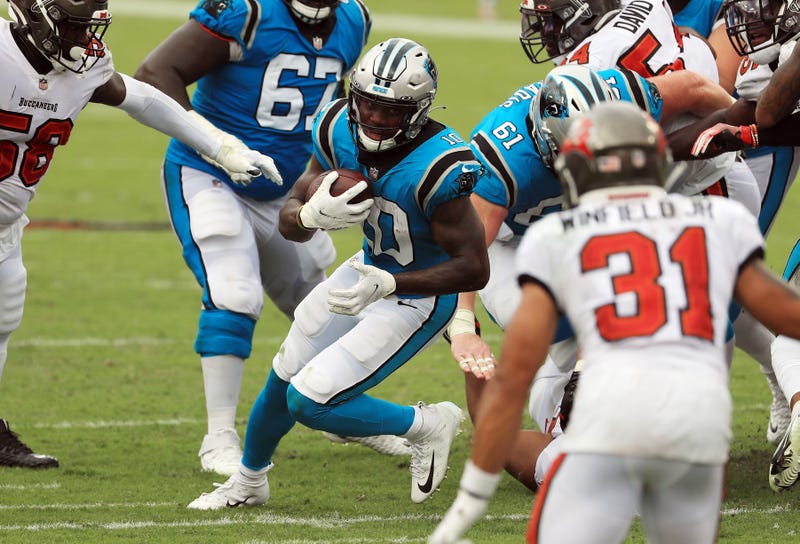 With star running back Christian McCaffrey out for at least three weeks with a high ankle sprain, it's possible that Carolina gives Samuel more snaps at running back, despite Brady and Samuel both saying he’s a wide receiver first.

But Samuel believes he can make plays anywhere.

"My mindset is always like a running back," he  said. "Whenever I touch the ball, get low and get as many yards as I can and make plays. Like I always say, I'm a wide receiver with a running back mentality - I'm going to come downhill, try to make things happen and try to get things going for the offense."

The offense is still learning the new system and figuring out how to get Samuel more involved, and until then, he will keep doing what he’s asked to do.

“We all love to touch the ball early and get going, but it’s not about us individually,” Samuel said. “You may be running a route for a reason; running to get somebody else open. So, taking pride in running that route as best as you can to open up that window for another receiver.

“It’s all about winning. Our job is to stay on the field, get first downs and score touchdowns.” 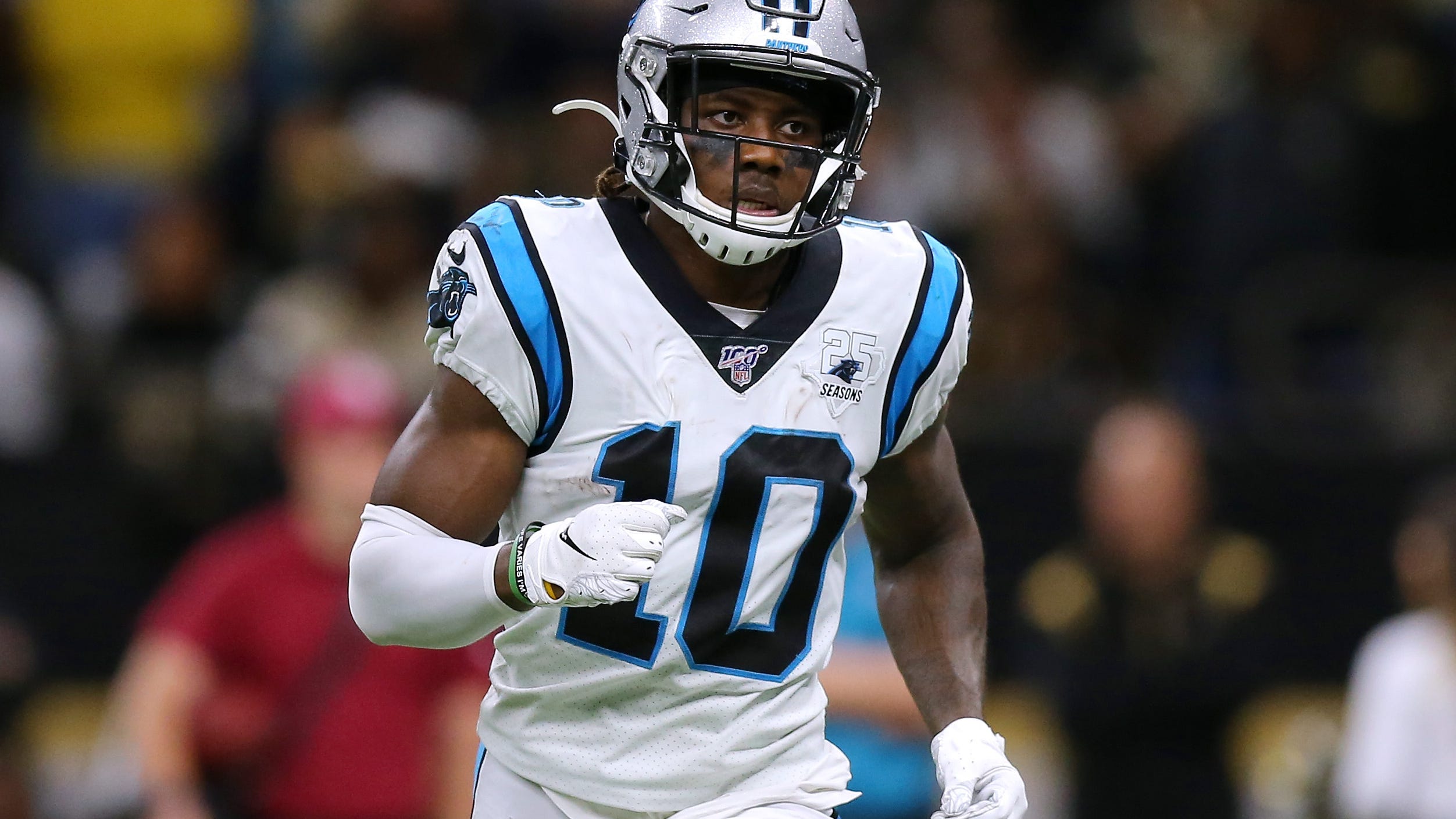