In an all-around sloppy game, it was nothing short of a miracle that the Carolina Panthers were even given a chance to send it to overtime with less than two minutes to play.

But has been the case in each situation just like that, the Panthers came up short again, losing to Atlanta 25-17 at home on national television Thursday night.

The Panthers struggled mightily on both offense and defense against Atlanta (2-6), looking a lot like the team many expected them to be before the season, rather than the team that rattled out three straight wins in its first five games.

"We’ve just got to find ways to finish these games," quarterback Teddy Bridgewater said. "That can't be the common theme around here - coming up short." 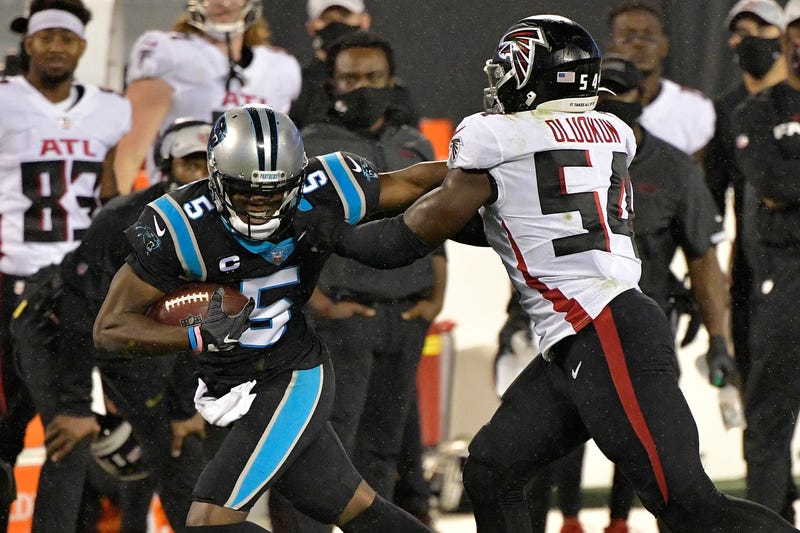 Defensively, Carolina (3-5) allowed the Falcons to put up 401 yards of offense, committed six penalties, and didn't force a punt until late in the fourth quarter, just a week after not forcing a single punt at New Orleans.

“Whether it was penalties, big plays, guys not dropping in zones, us hurting ourselves, the biggest thing is when we hurt ourselves, that’s the only time guys move the ball on us,” safety Tre Boston said. “We’re not getting hurt cause the guys are so much more special than us. We just have to do a better job at our job.”

On offense, things were just as bad, if not worse.

Aside from two first half touchdowns from wide receiver Curtis Samuel, the Panthers went 2-for-10 on third down and 1-for-3 on fourth down attempts.

"I can't say that any of us played well on offense to deserve to win a game," head coach Matt Rhule said. 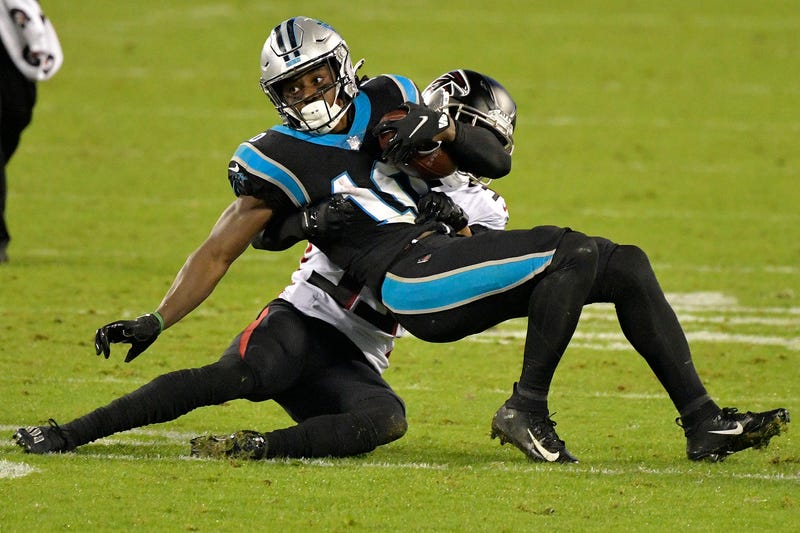 Curtis Samuel tackled by a defender. He had a rushing and a receiving TD Photo credit Photo by Grant Halverson/Getty Images

The Panthers offensive line did little to protect Bridgewater and a late-hit from Falcons defensive end Charles Harris that led to his ejection, forced Bridgewater to miss a few snaps late in the fourth quarter with a neck injury.

“As the season goes on, teams get more film on you,” Bridgewater said. “You play more games and teams come up with different ways to try to get after the quarterback. I think those guys had a good plan and we did a good job for the most part, but those guys made plays too.”

The Panthers led 14-6 early in the second quarter, but that was essentially the end of their offensive production.

What kept Carolina in the game was the fact that despite the Falcons putting together long drives, they constantly had to settle for field goals. Atlanta only scored one touchdown in five red zone trips.

Falcons DE Charles Harris has been ejected for this dirty hit to the head of Teddy Bridgewater. pic.twitter.com/3Pg8ABcH81

The Panthers were very fortunate to have a chance to be in their position they were at the end of the game.

Now on a three-game losing streak, all the injuries with the Panthers might finally be catching up to them.

"There are a lot of guys that are a big part of what we do defensively and offensively that are banged up," Rhule said. "It's just the reality of where we're at and what's happened." 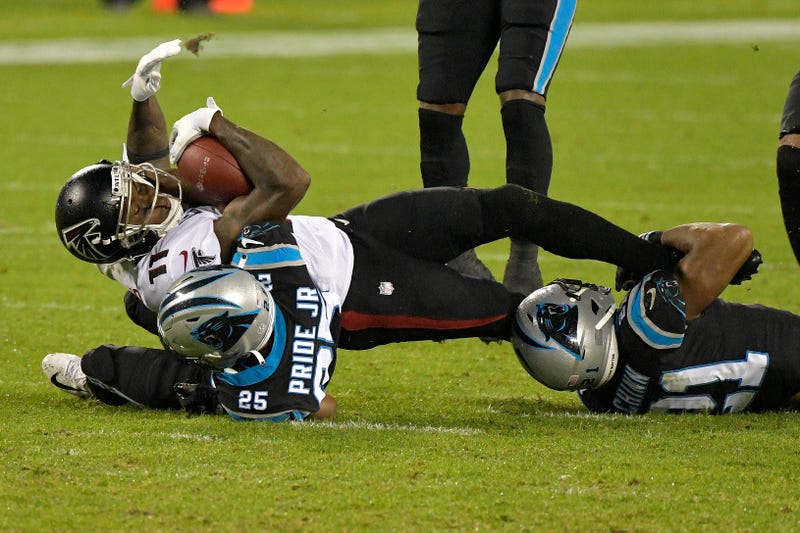 Things don’t get any easier for Carolina, which travels to play the defending Super Bowl champion, Kansas City.

But the team does have nine days off before having to do so.

“All we can do is move forward now and come back and try to improve,” Rhule said. “We’ll take a few days this weekend and regroup, get some guys back, be a healthier team next week and make a run here in the second half.” 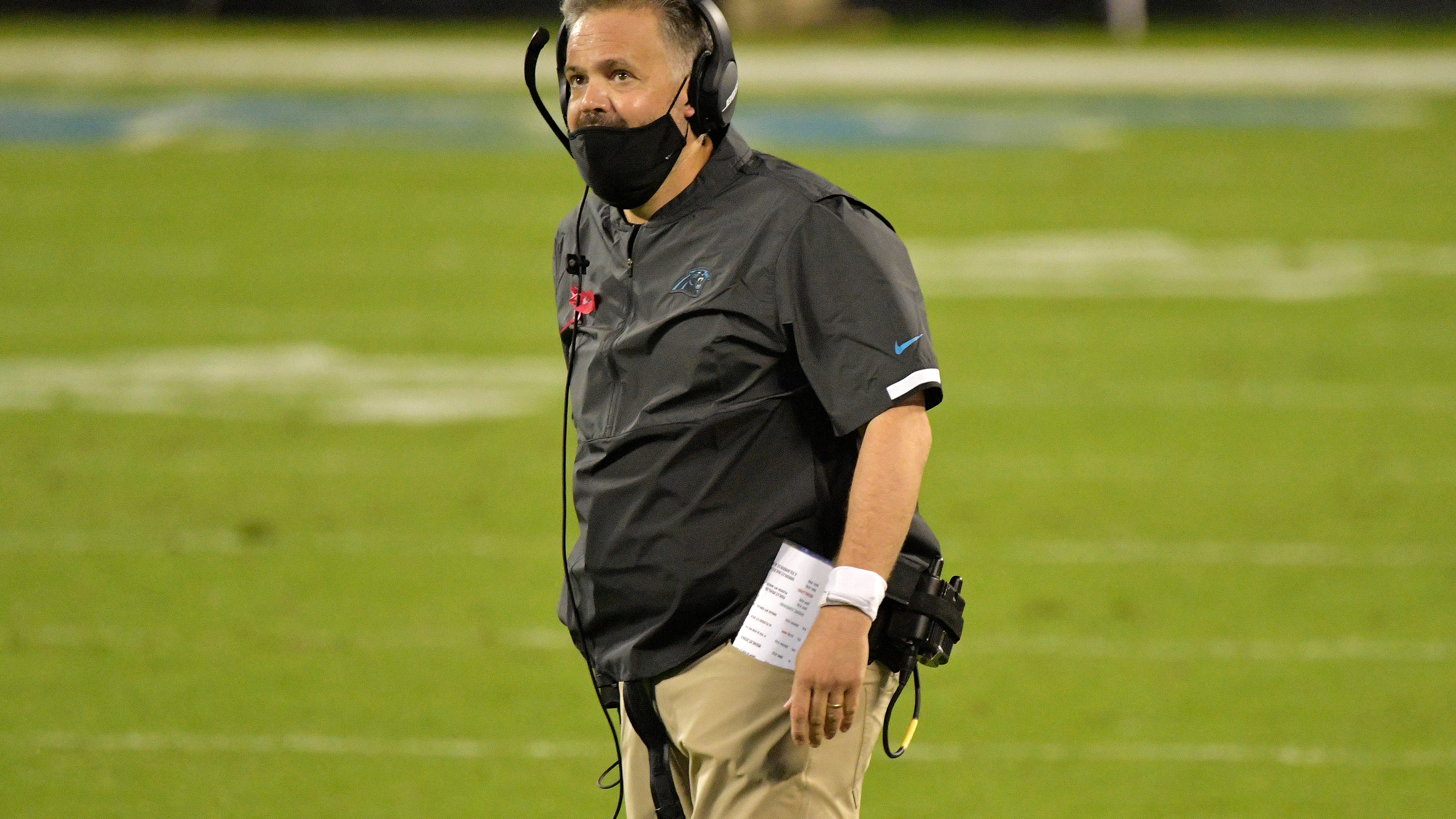 Panthers at the tipping point