When Carolina Panthers safety Juston Burris went down with a rib injury Sunday, there wasn't much time for Sam Franklin to even process that he'd be getting his first true meaningful snaps in the NFL.

Franklin was one of three undrafted players to make Carolina's 53-man roster this season and with a thin amount of depth at safety, Burris' injury quickly put Franklin in the spotlight during a close game in the fourth quarter against Chicago.

"It was kind of like a quick second where I was like 'Wow, I'm really about to go in for an NFL snap,'" Franklin said. "They had worked me in a little bit a couple of games before that so it wasn't my first time stepping on the field but it was a lot of emotion but we were in a tight game so I stepped to the side, took a quick breath and went right in. It was an amazing feeling."

Franklin ended up playing a career-high 23 plays and contributed with two solo tackles. 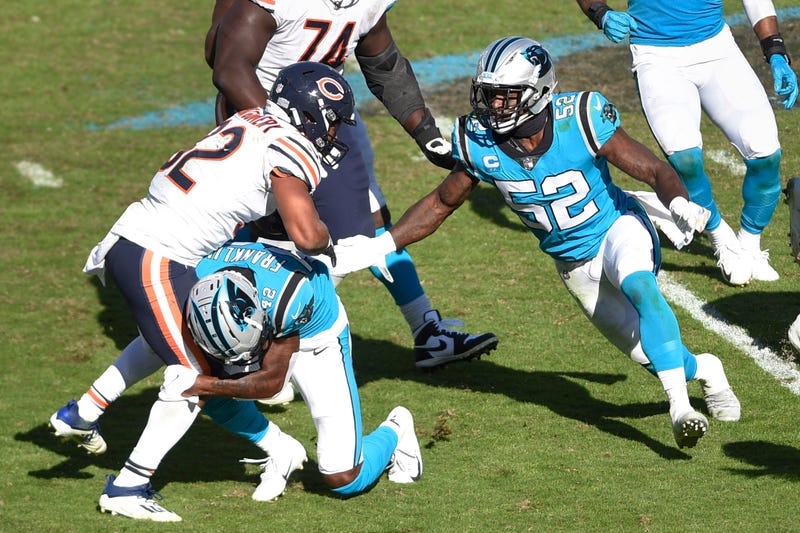 With Burris placed on injured reserve, Franklin, along with fellow undrafted safety Myles Hartsfield, will be expected to play a lot more in the coming weeks at strong safety.

"I have a lot of confidence in Sam," head coach Matt Rhule said. "Since Day 1 of training camp, he has flown around and played at a high level and played very well on special teams. He played well on defense and when he got in the other day. …

“When it's Sam's turn to play, I know he'll play well and he has to play well."

Though he plays safety now, Franklin finished his career at Temple as a starting linebacker but also had experience playing some defensive back in nickel coverage.

Rhule said the Panthers have thought about using Franklin at cornerback at times this season, but with that position group playing well and rookie Jeremy Chinn's strong play at linebacker, his playing time has been diminished.

But Franklin's all-around ability should only help him at safety in Burris' absence.

"I feel comfortable anywhere," he said. "These coaches put you at great spots and teach you all the techniques and multiple positions so you can stay ready and you can be more of an asset to the team. You’ve just got to make sure you know your job and where everyone else will be on the field." 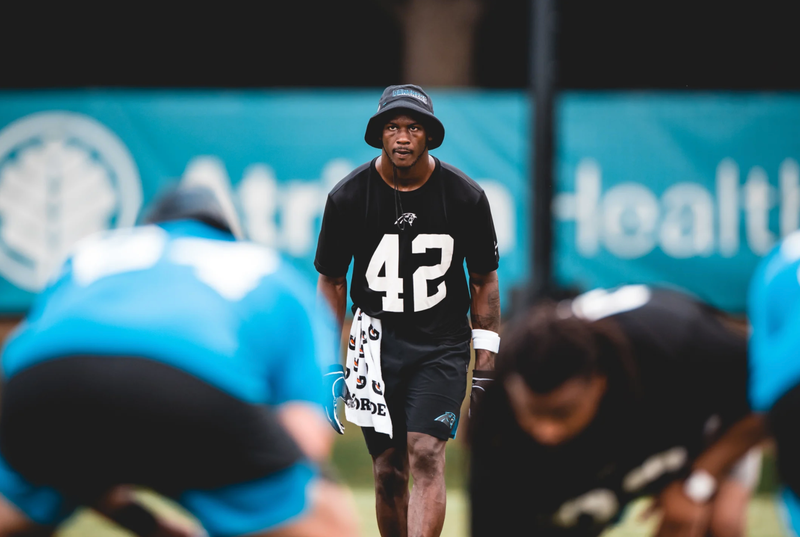 Franklin first knew the Panthers were looking for versatile defensive players when Chinn was drafted in the second round.

With his ability to play multiple positions and the fact he had a past with Rhule at Temple, he jumped on the opportunity to sign with Carolina.

Now, he'll have his chance to prove why he deserves to be in the NFL.

"I knew that all the times that I would workout and being fluid and just being by myself and not really knowing if this would all pay off, getting this opportunity is one of the biggest blessings. " Franklin said. "I wake up every morning and remind myself that this is a blessing and that I'm lucky to even have the opportunity to step on the field.

"Every day I wake up and remember where I came from and those two things keep me level-headed and keep me humbled."