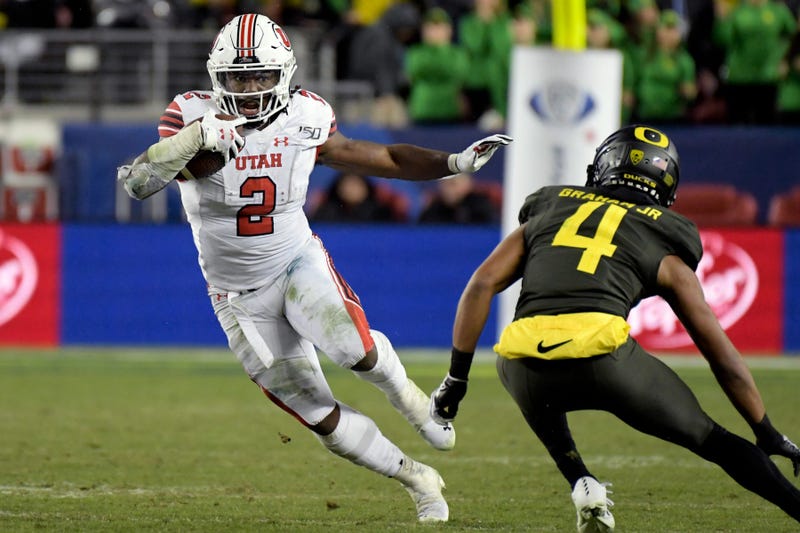 The Buffalo Bills announced on Monday that they have signed third round running back Zack Moss to his rookie contract. His deal is for four years, which will take him through his age-26 season.

Moss will likely serve is a 1-2 punch role along side Devin Singletary in the Bills backfield. Both players were third round picks, and both players are 22-years-old.

In the lead up to the 2020 season, Moss has been built up as the "power back", while Singletary is the assumed "speed" back. Moss has two inches and 20 pounds on Singletary, and has shown to be more of a mean runner.

However, Moss has all the ability to be much more than just a short-yardage bruiser.

According to Pro Football Focus, Moss was the most elusive running back in the 2020 draft. He has the ability to make defenders miss in space, not just run them over. Moss also has good speed, he was clocked at a 4.52 40-time this offseason.

Singletary may have competition for receiving targets from Moss as well. In college, they had similar experience with Singletary catching 51 passes in 36 games, while Moss had 66 receptions in 45 games.

As Mike Ginnitti from Spotrac put it, the Bills have built their offense in a passing game financial structure. The Bills are 23rd in the NFL in cap committed to the running back position. Drafting Moss is a big reason for that.