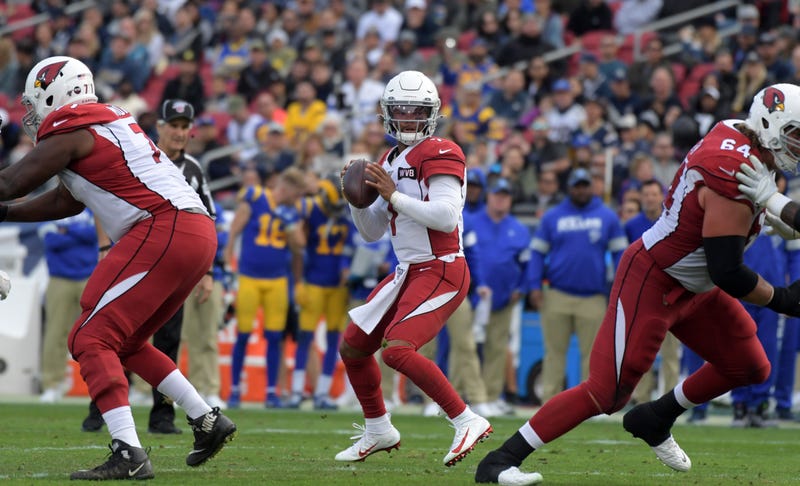 Every year, a team very few in the offseason expected to make a playoff run surprises the NFL world and makes it into January. The Buffalo Bills were that team in 2019, going 10-6 and coming just a few plays away from making it to the AFC Divisional Round.

2020 brings a new level of expectation for the Bills, so this time around the surprise would only come if they regress and miss the playoffs rather than make another deep run.

With Buffalo no longer under the radar, which other teams are candidates to be the surprise of 2020?

The Cardinals are in a loaded NFC West consisting of the Super Bowl's last two NFC representatives in the Los Angeles Rams and San Francisco 49ers. Not to mention, there's also the Seattle Seahawks and a top-three quarterback in the league in Russell Wilson. Playing those teams six times starts Arizona off at a disadvantage, but their talent on both sides of the ball can compete with anyone.

After the organization traded for Houston Texans star wide receiver DeAndre Hopkins, as well as re-signing versatile running back Kenyan Drake, quarterback Kyler Murray is set up to have the second-year breakout that the likes of Carson Wentz, Patrick Mahomes, and Lamar Jackson have all seen over the last three seasons.

Head coach Kliff Kingsbury's air-raid offense is going to be a fun one to watch in 2020.

The defense has star power of their own on all three levels of the unit. Defensive end Chandler Jones led the NFL last year with 19 sacks, getting to 60 total in the last four seasons with Arizona. Cornerback Patrick Peterson also returns for a 10th season still playing at a high level.

In the first round of the 2020 NFL Draft, the Cardinals added a Swiss-Army knife to the defense, selecting Clemson's Isaiah Simmons seventh overall. Simmons is the perfect, modern day "positionless player" that can line up at linebacker, both safety positions, cornerback, or even as a pass-rusher.

Normally releasing your former MVP quarterback, firing the head coach with the most wins in franchise history, and seeing your best defensive player retire doesn't make you a candidate to turn heads for positive reasons.

The Panthers however, are an outlier with the path they have taken in their rebuild this offseason. What they are building has a very 49ers-like feel to it.

To replace head coach Ron Rivera and franchise quarterback Cam Newton, Carolina hired former Baylor head coach Matt Rhule, who then brought in New Orleans Saints quarterback Teddy Bridgewater as his starter in 2020. To help maximize Bridgewater, Rhule hired LSU passing game coordinator Joe Brady as offensive coordinator. Brady has a fun cast of weapons to dial up plays for running back Christian McCaffrey is the NFL's best weapon out of the backfield, while the wide receiver trio of D.J. Moore, Robby Anderson, and Curtis Samuel presents a ton of explosiveness.

Bridgewater may be seen by some as a bridge (pun intended) quarterback for a team getting ready to pick a signal caller early in a loaded 2021 draft, but don't be surprised if "Teddy Two Gloves" becomes the man in Charlotte. The 2014 first round pick led the Saints to a 5-0 record while Drew Brees was sidelined with a hand injury. Bridgewater completed 67.9% of his passing attempts, with nine touchdowns to just two interceptions. This is a player that before suffering a near career-ending knee injury, was getting ready to take a big leap forward with Minnesota who finally had star passing targets in wide receivers Stefon Diggs and Adam Theilen.

Bridgewater just knows how to win games. Since 2015, he is 22-12 as a starter. His 122.1 passer rating in the fourth quarter with score margins at seven points or less is the NFL's best. Ahead of Wilson, Mahomes and Deshaun Watson.

While the Panthers and Cardinals made the list off of mostly potential, Denver saw that potential turn into results in the second half of the 2019 season. When the Broncos finally gave rookie quarterback Drew Lock the reins, Denver won four of their last five games after starting the season 3-8.

Lock developed a strong connection with second-year wide receiver Courtland Sutton and rookie tight end Noah Fant. John Elway didn't stop at Sutton and Fant as weapons for Lock moving forward. The Broncos' first two picks in the 2020 NFL Draft were receivers in Alabama's Jerry Jeudy and Penn State's K.J. Hamler. Sutton, Fant, Jeudy, and Hamler is one hell of a way to build around Lock.

Denver also signed former Los Angeles Chargers running back Melvin Gordon in free agency. This is an offense loaded with young talent. They are going to be able to put up points.

A once elite defense isn't exactly the same dominating force, but there is still a lot to like about this unit. Not many teams have a pair of edge rushers like Von Miller and Bradley Chubb. The Broncos also have, what Pro Football Focus calls, the best safety tandem in the league with Justin Simmons and Darien Stewart in the backfield.

It is even more feasible to see these teams become playoff contenders in 2020 with a seventh team getting into the big dance in each conference.