Bills safety Micah Hyde has been place on Injured Reserve, and will reportedly miss the rest of the season with a neck injury.
By Howard and Jeremy Show, Howard Simon, and Jeremy White, WGR Sports Radio 550

Pittsford, N.Y. (WGR 550) - When Brian Daboll left Buffalo to become the new head coach of the New York Giants in January, he vacated what has quickly become one of the more appealing coaching jobs in the NFL: Offensive coordinator of the Bills.

The Bills, however, didn't need to look very far to replace one of the more successful offensive coordinators in the franchise's recent memory. Buffalo wasted little time in the process to promote then-quarterbacks coach, Ken Dorsey, to the role as the new play-caller of the offense. 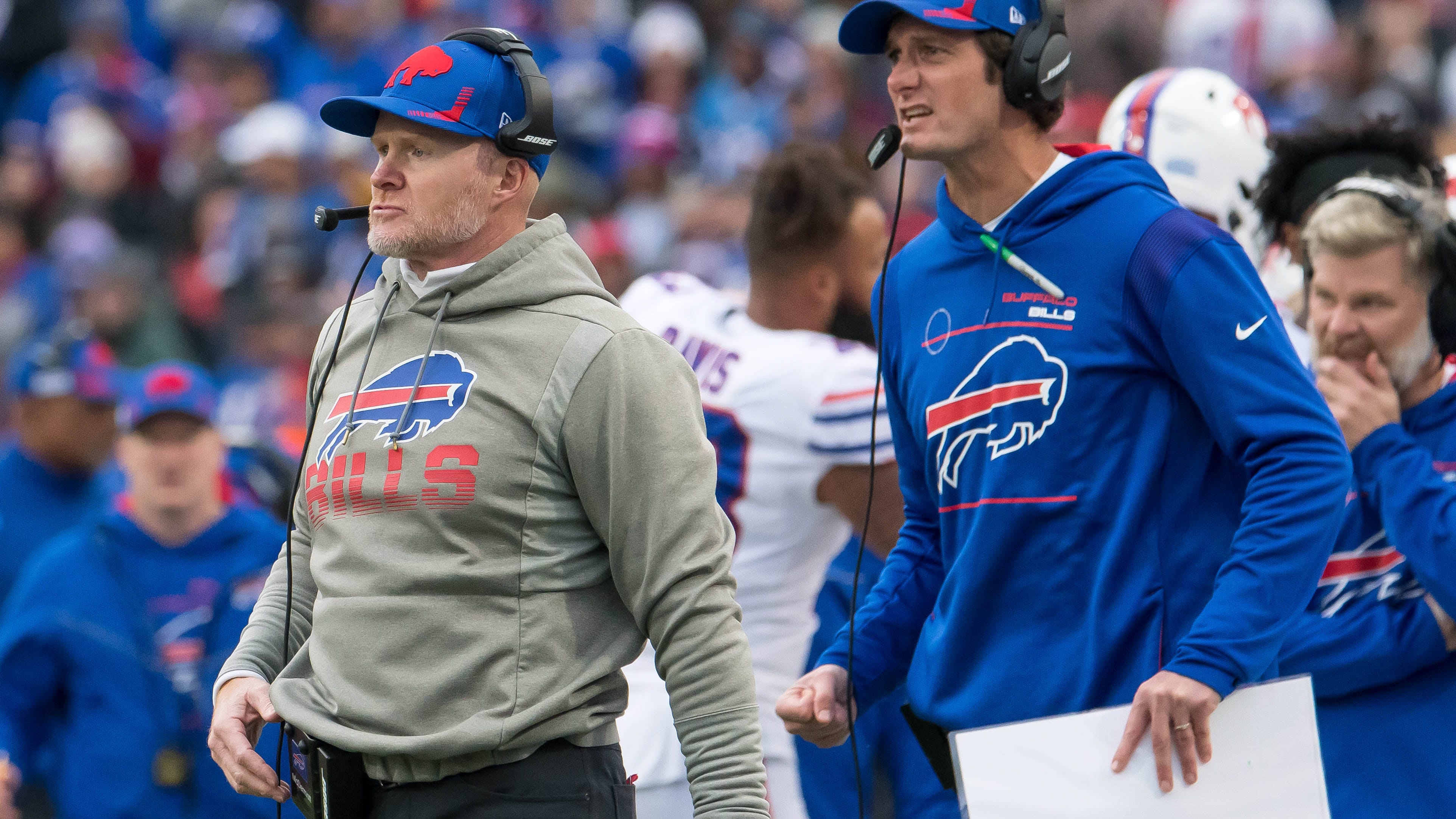 Dorsey joined the "Howard and Jeremy Show" on Monday morning at Bills training camp to talk about his new role with the team and the pressure he faces to be successful.

"I think the most important thing is to embrace the pressure and expectations," said Dorsey Howard Simon and Jeremy White on WGR. "I also think it's important to manage those expectations and realize that every year is a new year. You're not going to be able to pick up right where you left off, the goal is to just get better and better each year."

The idea of "getting better" is something the Bills' offense is certainly accustomed to, as their overall offense has improved each of the last four seasons with Josh Allen under center. In 2018, the Bills offense ranked 24th in the league, jumping all the way up to fourth to end last season.

"I think there is always things that you can work on and continue to improve, whether you're Josh Allen, who has been in this league four years, or somebody like Tom Brady, who has been around forever," Dorsey said at St. John Fisher University, "With each rep, you get better and better at reading and reacting to defenses, so there's never not room for improvement."

Despite such a big role change, especially after what was considered to be a successful season for the Bills offensively, Dorsey says he will continue to follow the identity the Bills offense has created over the past few seasons.

"There are certainty things that you pick up from other teams you watch play, and want to try out, and I think you'll see a little bit of that this season," he said. "But we also want to make sure that anything new we try relates to us and what we do that doesn't mess too much with our identity of who we are."

You can listen to the entirety of Dorsey's conversation during the "Howard and Jeremy Show" in the player below.