The Buffalo Bills have a chance to take a three-game lead in the loss column over the New England Patriots when the two teams meet Sunday afternoon in Orchard Park.

Here are my three keys to the game for the Bills, plus notes and stats:

The Patriots are down their two best wide receivers, Julian Edelman and N’Keal Harry. Their quarterback, Cam Newton, has struggled mightily over the last couple of weeks.

The weather won’t be great for throwing the football, so New England’s best chance will be to run the ball right at the Bills, something they are willing and capable of doing. They’re averaging 155 yards on the ground per-game and 4.97 per-play, good for fourth- and sixth-best in the NFL, respectively.

The Bills are allowing 126.9 yards per-game and 4.58 yards per-play, which is bottom-third of the league in both categories.

I wouldn’t be surprised at all if the Patriots ran the ball at least 50 times, using every running back and wide receiver they have, as well as Newton. The Bills have to be ready to play physical and make tackles at or near the line of scrimmage and not give New England a chance to keep pounding it.

2.) Be aware of Belichick

This isn’t just about Bill Belichick being one of the greatest coaches in NFL history, we know that. But he also seems to always have something up his sleeve when he has to coach his way out of a difficult spot.

Two seasons ago in Buffalo, he started the game with Cordarrelle Patterson at running back. No one expected it and the Bills didn’t adjust quickly or well enough. Last year, he noticed a flaw in the Bills' punting game and schemed a terrific block punt that resulted in a touchdown, allowing the Patriots to win 16-10.

Given the circumstances his team is facing in this one, I expect him to find creative ways to run the football, once again, and scheme something unexpected on special teams. The Bills have to be ready and prepared for anything and everything to come their way.

The forecast is calling for rain all game, winds at a constant 15-25 mph, and gusts possibly over 40 mph. Not an ideal day to throw the ball, or even want to be outside for three hours. The team that handles better both physically and mentally will be better off.

We all know Josh Allen has tremendous arm that can throw through tough conditions, but that kind of wind can cause any pass to be off target. The ball will also be slick from snap to hand-off to tackle. All it takes is one bad bounce or turnover to make a difference in a game like that. 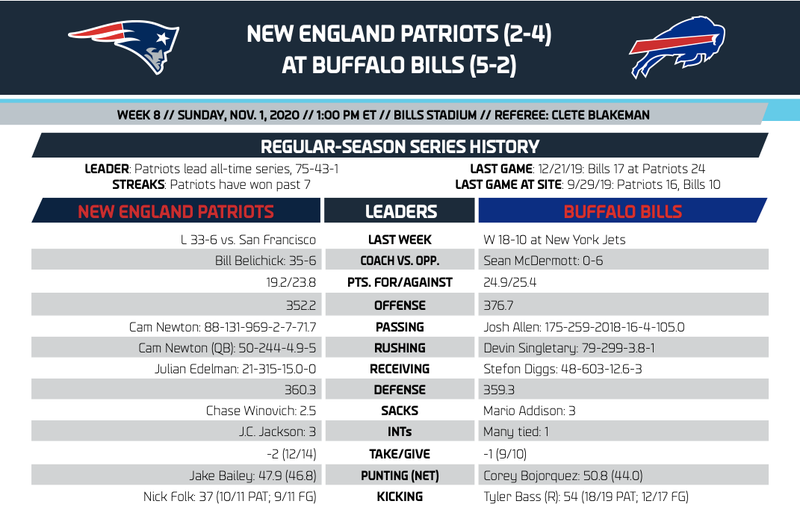 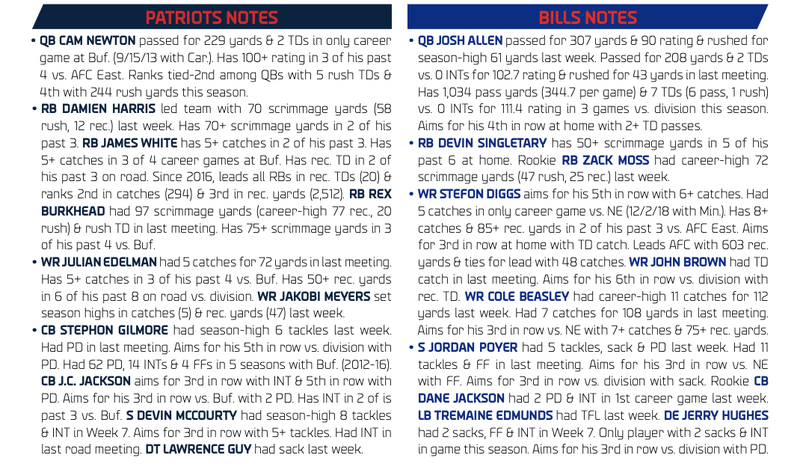