Two giants of the pop culture world have been lost in recent weeks, and Buffalo Bills wide receiver Stefon Diggs has been sure to pay tribute to their impact and legacies with specialized cleats.

After NFL icon John Madden passed away at age 85, Diggs was one of the many star athletes and sports figures to honor the legendary coach, broadcaster and face of the game, using cleats to do so.

Three days before Diggs deployed his Madden cleats, the world learned of Betty White's passing at age 99, just under three weeks before her 100th birthday. Diggs was evidently affected by the loss, as were millions of fans across the globe, and he decided to use Week 18 as a way to pay his respects with another pair of custom cleats.

The artist who shared the picture above, Daniel "Mache" Gamache, has created and customized a number of star athletes' cleats, and Diggs is "perhaps his most consistent client," according to The Boardroom's Ian Stonebrook.

This more lighthearted pair of cleats, featuring an all-time great children's TV show and a funny meme to boot, might take the kick.

Stefon Diggs with the “Imma head out” SpongeBob kicks 🔥

As is the case with so many things that Diggs does on and off the football field, all of these specialized cleats are full of thought and passion, and his important partnership with Mache is something that keeps us coming back for more every game. 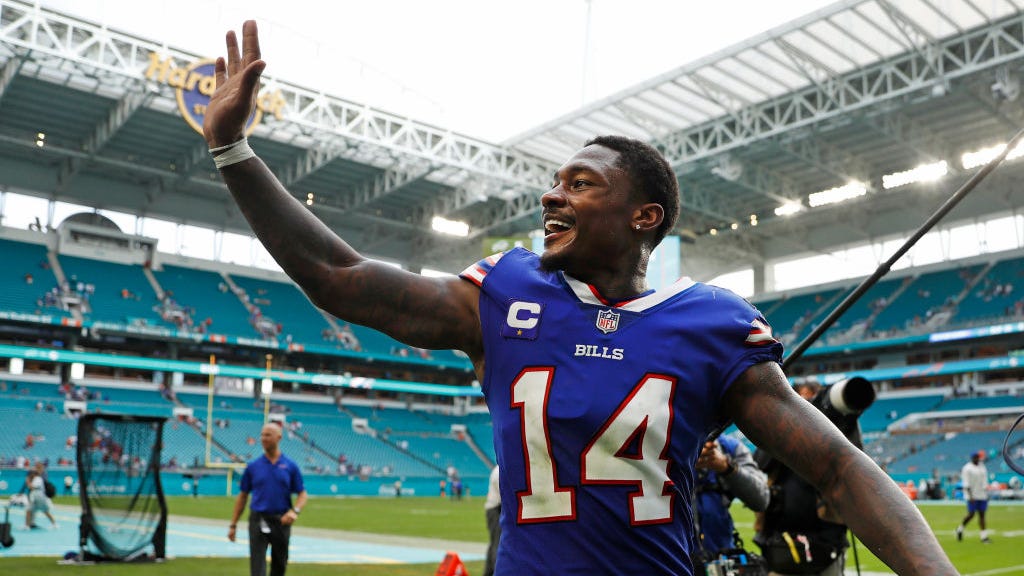