The Bills will face the Chiefs in the AFC Divisional Round on Sunday at 6:30 p.m. EST in Kansas City
By Lou DiPietro

Perhaps it’s for the best that the Yankees have parted ways with Clint Frazier?

The former Yankee turned Cub took to Twitter for the first time in six weeks – minus a random reply to one of Jameson Taillon’s tweets last week – to express his pleasure for how a mockup of him in a Cubs uniform looked…and of course took a veiled shot at the Yankees’ hair policy:

first off, these uniforms are soooo sick! i'm so excited to join the @Cubs — one of the biggest reasons i chose to come here was the fan base and how electric you guys can be towards your players. i'll be just as electric for you guys too. here's to leaving my razor at home 🪒🐻 pic.twitter.com/rbf9THyaF8

All in good fun, perhaps, but then Clint also doubled down in a reply, saying he’ll continue to wear No. 77 after asking for No. 7…for the first time ever:

i'll be continuing to wear #77 as well — i requested #7 but unfortunately it was taken, marking that as the first time i ever asked for that number 🤣

Technically, Frazier was right, as Jose Lobaton wore No. 7 for his epic six-game run on the North Side last year, but of course, that was another shot at the rumor that he asked for No. 7 as a Yankee not knowing it was retired for Mickey Mantle. 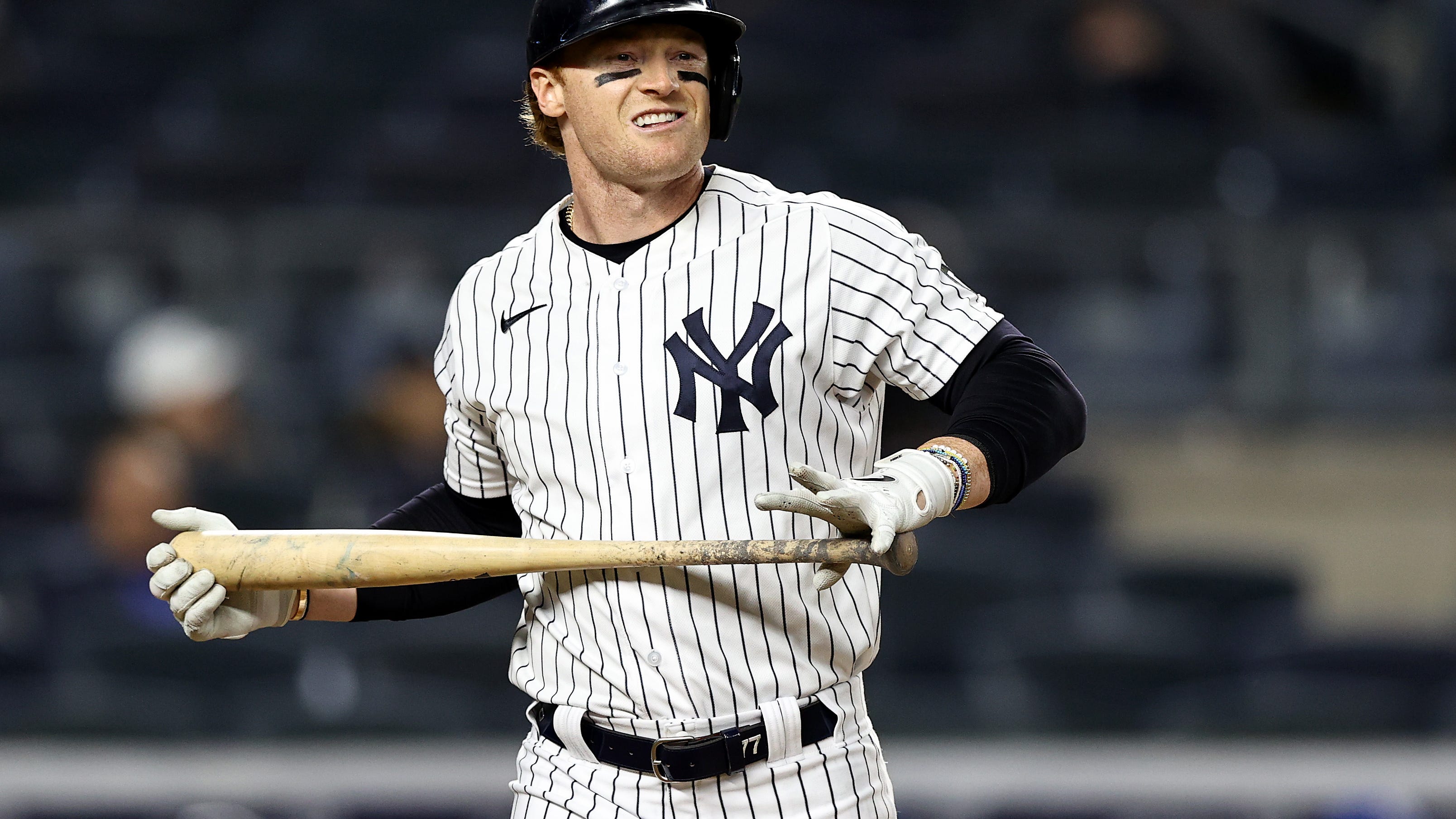 Aaron Boone on Clint Frazier: 'Even when you're really talented, nothing's a sure thing'

Frazier’s last tweet, on Oct. 28, made a joke about PETA’s proposal for baseball to change the name of the bullpen to the arm barn, but the one before that, on Oct. 11, was a quote tweet about how he would love the chance to address his battle with head injuries and clear up rumors and misinformation.