Deshaun Watson is tentatively scheduled to make his Browns debut in Week 13 after he serves an 11-game suspension.

But by at least one insider's account, it's far from a given that it will transpire that way.

That's because, according to Mike Florio of Pro Football Talk, Watson and his camp may have violated his settlement with the NFL by proclaiming his innocence on Thursday, shortly after terms of the deal were announced.

Part of Watson's suspension calls for an independent psychiatric evaluation and treatment, and, according to Florio, it's hard to imagine a therapist signing off on Watson's progress if he's maintaining that he did nothing wrong. 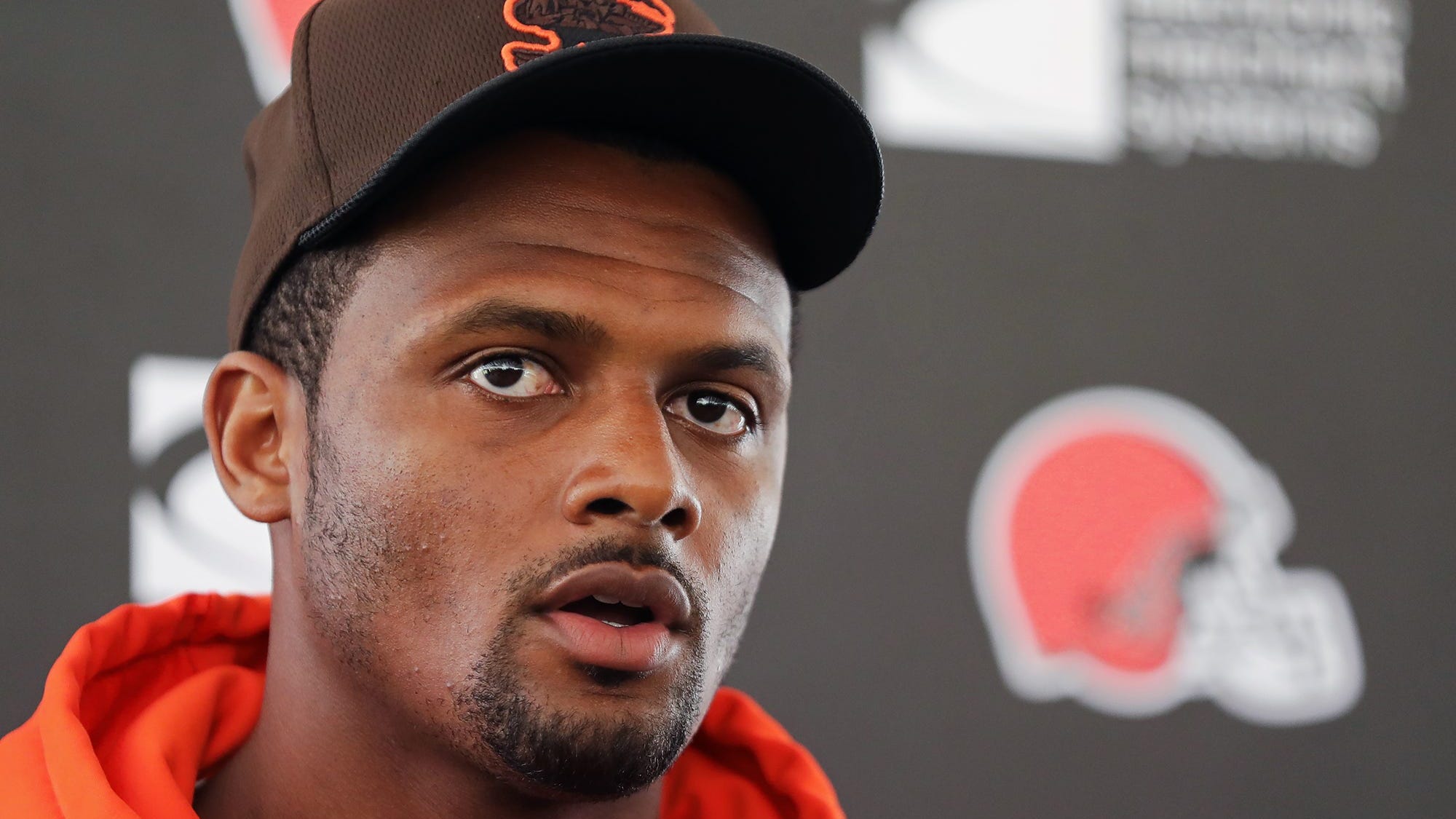 Last week, Watson apologized to his accusers for "wrongdoing" during an interview with a Browns sideline reporter. But Florio thinks Watson's apparent about-face on accepting responsibility for his alleged actions won't sit well with the league, and, more importantly, the person who is evaluating his mental health.

As ESPN's Adam Schefter noted, the settlement calls for Watson's compliance with the evaluation, and "if he doesn't comply, his reinstatement could be delayed, plus further discipline." Part of that compliance, Florio suggests, is accepting responsibility for his alleged actions.

Deshaun Watson has to comply with eval and treatment recommendations of a third-party behavioral expert to be reinstated. His reinstatement is contingent upon his compliance with the treatment plan. If he doesn’t comply, his reinstatement could be delayed, plus further discipline

Yet on Thursday, Watson appeared to double down on the idea that he did nothing wrong, and seemed to apologize to those who were "triggered" by the allegations rather than to the accusers themselves.

“I’ve always stood on my innocence, and always said I’ve never assaulted anyone or disrespected anyone, and I’m continuing to stand on that,” Watson said.

Watson was asked, why apologize if he did nothing wrong?

“For everyone that was affected by this situation,” Watson said. “There was a lot of people that were triggered.”

Meanwhile Watson's agent, David Mulugheta, deleted a tweet in which he attacked the ruling of arbitrator Sue L. Robinson, then followed up with a tweet claiming that Watson's maintains his innocence, irrespective of the settlement.

Deshaun has always stated he is innocent of sexual assault. Nothing has changed in what he said. He also said he is remorseful, the decisions he made have created this situation. The settlement allows him to move forward with his life and career.

Florio likened the Watson camp's seeming narrative reversal to a "criminal defendant who signs a plea agreement before proclaiming he didn't do it."