The Bills come back from down 20-3 and pull off a late 23-20 win over the Ravens in Baltimore.
By Ryan Gilbert

When you think about the most important positions in football, kicker isn’t usually near the top of the list. Not until it’s in the final minute of a close game, that is.

The Dallas Cowboys are already feeling that pressure in training camp. They brought back kicker Brett Maher and waived rookie Jonathan Garibay after a four-man tryout on Tuesday.

Bryan Broaddus and Bobby Belt talked about the Cowboys’ kicker situation and what the team is likely looking for at that position on Audacy’s “Love of the Star” podcast.

“Lirim Hajrullahu responded at practice on Tuesday, went 11-for-12, looked really solid, but ultimately, I think – when you look at they had (Greg) Zuerlein, they loved (Jonathan) Garibay, they’re bringing in Maher, what do all of them have in common? Big, powerful, strong legs. They’ve got range,” Belt said (1:05 in player above). “That’s one thing Hajrullahu doesn’t have.

“He’s been really reliable about 45-inside at these practices, anything further and you start testing his range a little bit, there’s some stuff that falls short. The obvious look to me is they’re going to do everything they can to find a kicker with range that can beat Hajrullahu, and if they can’t do it, it’ll be kind of a Tyler Biadasz situation where they go ‘alright, I guess him because we don’t have anybody that can do exactly what we want.’ But it sure does seem what they want out of their kicker is they want a boot. They want range.”

“Well, yeah, because Mike McCarthy doesn’t try to gain another yard and in the Chargers game kicks, what, a 58-yard field goal to win it,” Broaddus replied. “So, yeah, I’ll say this: There are a lot of guys in that organization that were really, really on Garibay.”

Garibay was 15-for-16 on field goals in his final season at Texas Tech, including a 62-yarder to beat Iowa State as time expired.

However, kicking in the NFL is much different than kicking in college. Even in practices and training camp.

“The pressure really got to the kid during these practices. That’s where at Tech, maybe you didn’t see it, he made some big kicks,” Broaddus continued. “And before you Red Raider fans start coming after me, I get it, the kid – he has a strong leg and all that and won big games and kicked long field goals – I get it. But I felt like when you watched him, every missed kick was like taking a truckload of dirt and dumping it on him. Just when he felt like he was getting to the top another truckload of dirt would come and get him and all that.”

Broaddus thinks that Maher could still be in the Cowboys’ plans if the kicker wants to be.

But I know there’s enough people in the building that really like this guy that they would think that maybe a little development, maybe a little keeping him around, maybe going through that whole experience might be the best thing for him.” 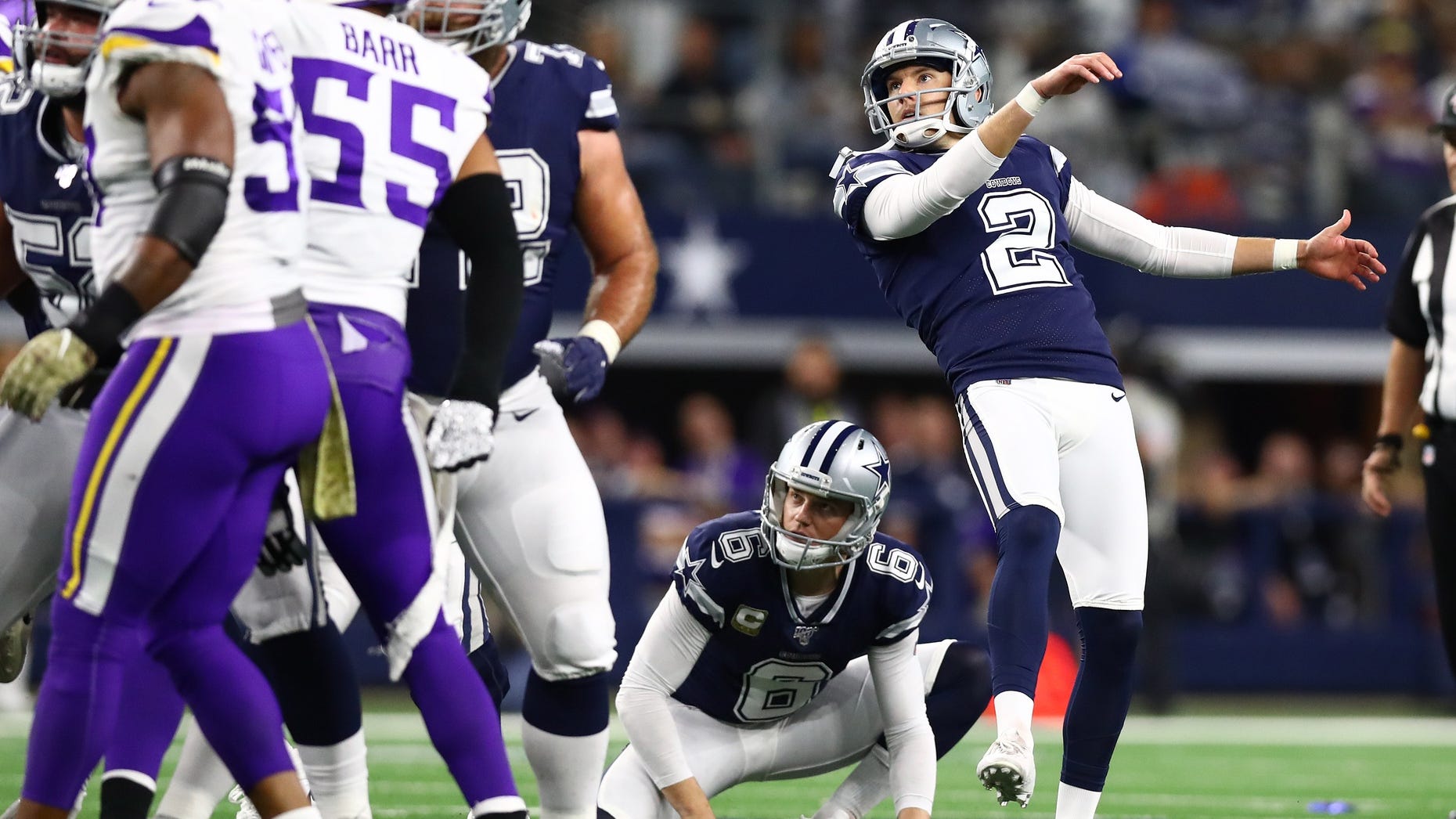