In the biggest game of his career, Christian Pulisic left it all on the field. The pride of Hershey, Pennsylvania left the game with an abdominal injury, but not before making one of the most important plays in the history of US soccer, tallying what would be the only goal of Tuesday’s Group B finale at the 2022 World Cup.

That punched America’s ticket to Saturday’s knockout round, where the United States will be opposed by the Netherlands, who went undefeated in the group stage with victories over Senegal and host nation Qatar. The Dutch also played Ecuador to a 1-1 tie.

Pulisic, who plays his club soccer in England with Premier League side Chelsea F.C., was injured in a collision with Iranian keeper Alireza Beiranvand, finishing the first half before being subbed out for Brenden Aaronson. The 24-year-old winger was later taken to a hospital, where Pulisic, still wearing red, white and blue, posted the following photo, congratulating his teammates on the win while vowing to be ready for Saturday’s 10 AM ET start against Holland.

It was only fitting that Pulisic, considered by many to be the greatest soccer prodigy America has ever produced (he was playing in the Bundesliga by 17), would score the winning goal, catapulting the United States to its first World Cup victory in eight years. Even if Pulisic plays, the Americans will have their work cut out for them Saturday against a motivated Netherlands club led by Liverpool mainstay Virgil van Dijk and Frenkie de Jong of Barcelona fame. Currently eighth in FIFA’s world rankings, the Dutch have won four of their five games all-time against the United States with America’s only victory coming in 2015. This will be the first time the two countries have met in the World Cup. 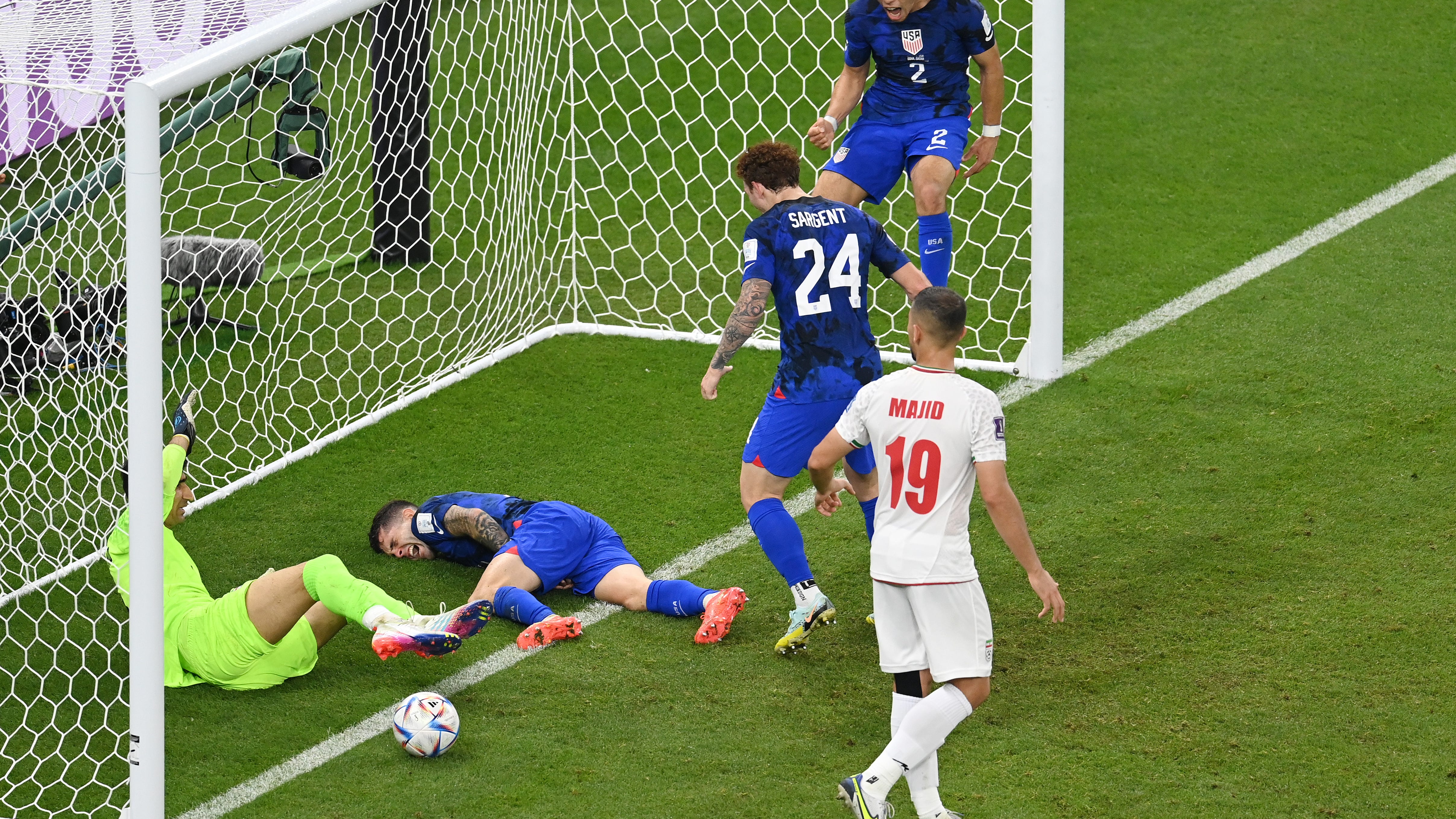