Buffalo, N.Y. (WGR) - Coming off a win on Saturday night over the Arizona Coyotes, the Sabres looked to stay hot against the surging Colorado Avalanche, who were Buffalo's second of three opponents on this current western road trip.

Meanwhile, the Avalanche were looking to turn a nine-game win streak into 10.

Sunday night was the first of two meetings between the teams this season. Colorado has dominated throughout the league this year with 32-8-3 record, which has them tied with Florida for first place in the league.

This game was, undoubtedly, going to be a test for the young and battered Sabres team.

The Avalanche took a lead halfway through the first on a goal from captain Gabriel Landeskog. but other than that it was somewhat even play.

In the second period, the Sabres answered back with a goal from Dylan Cozens, his 11th of the year. However, Colorado soon answered with two of their own from Nazem Kadri and Mikko Rantanen to increase the lead to 3-1.

The Sabres came roaring out in the third, putting up 13 shots on Darcy Kuemper, who stood tall throughout the game. Even a 6-on-4 advantage wasn't enough for Buffalo in the last minutes of the third, when Valeri Nichushkin found the back of the empty net. 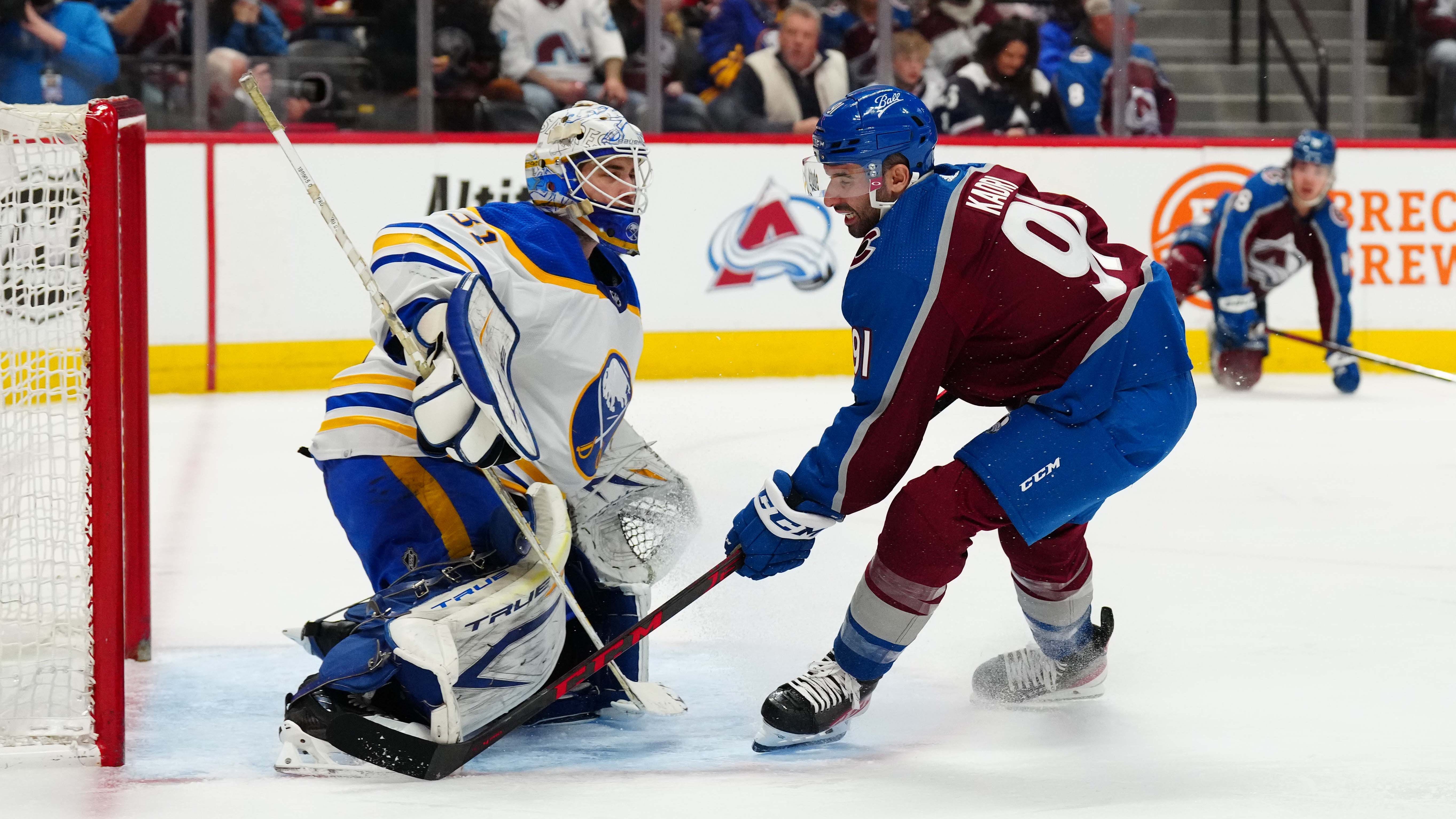 Even though they played the night before, the Sabres certainly held their own, at times, against this white-hot Colorado team.

Here are three observations from this game: 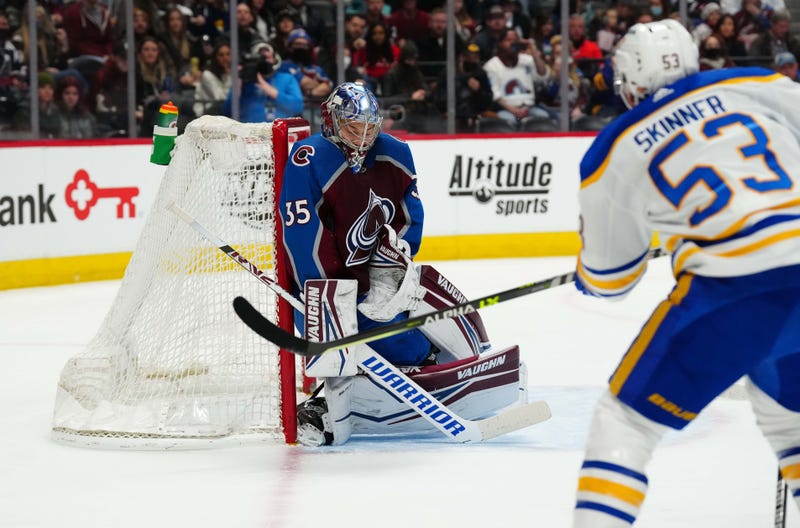 Perhaps the Sabres' biggest storyline for the year has been their constant battle with the injury bug. While it's been more positive lately, this team hasn't been fully healthy since the first game of the season.

Casey Mittelstadt left in the first period with another injury that is considered day-to-day, for now, by head coach Don Granato.

Tage Thompson was also injured in Arizona the night before. His injury status is unclear at this time.

That's another two young players out for the Sabres for the foreseeable future, but the question is: Why is everyone getting hurt so much?

Along with Mittelstadt and Thompson, Colin Miller, Ukko-Pekka Luukkonen, and Jack Quinn headline the long list of Sabres injuries.

Some of these players like Mittelstadt and Thompson need to stay out of the lineup until they are 110% for their team. Otherwise, it could have a lasting effect on their careers. 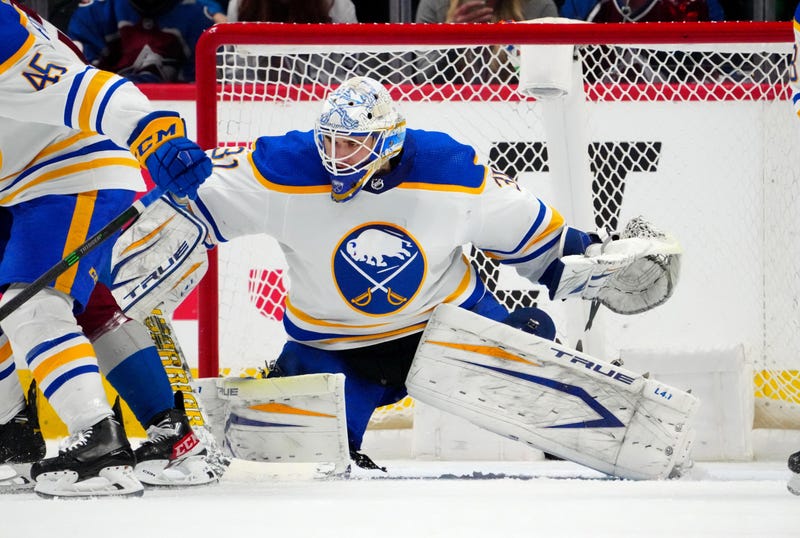 After a long two months of recovering from COVID-19, Dustin Tokarski has returned. Tokarski last played on Nov. 29 before contracting COVID-19, and ever since, he has struggled to get back into a groove.

Throughout his recovery, he would practice before and after the rest of the team, but not with the team due to not being fully up to speed. This game said otherwise, though.

Despite the loss, the 32-year-old netminder held his own against the best team in hockey, stopping 32 of 35 shots faced. The goal scorers on this Colorado team are some of the best in the business, and the fact that Tokarski could come in and play as well as he did for being off so long is great to see.

It's always a good thing to see someone recover from this virus. 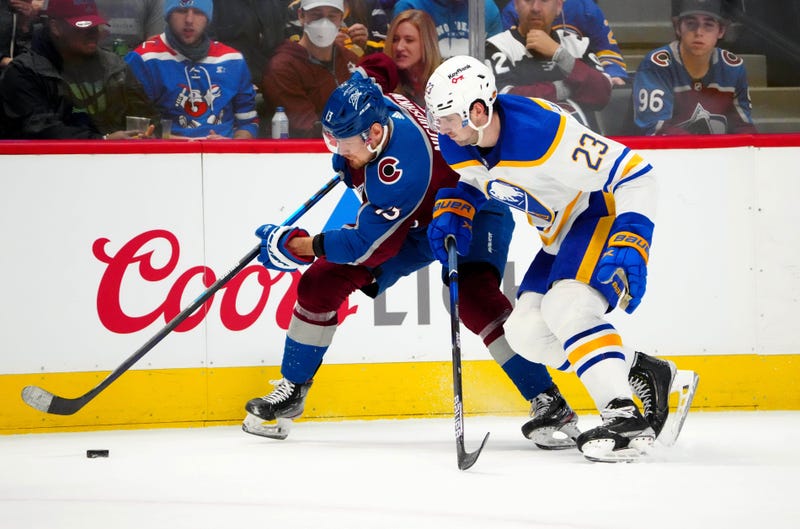 Even though the scoreboard says otherwise, the Sabres played an alright hockey game, given the circumstances. With two young centers out, a game the night before, and a goalie who hasn't played in two months, Buffalo held their own against an incredible Avalanche team.

The shots on the game ended 36-31 in favor of the Avalanche. While this might not seem like a worthwhile stat, it shows that the Sabres could keep up and generate their own chances just as much as the Avalanche.

The return of Rasmus Dahlin, Victor Olofsson, and Rasmus Asplund from COVID-19 protocol will be a welcome sight for the team, as they travel to Vegas to take on the Golden Knights and wrap up their western road trip.

Sabres pregame coverage on WGR begins at 9 p.m. EST with Brian Koziol, with puck drop slated for 10 p.m. EST on the radio home of the Buffalo Sabres - WGR Sports Radio 550.

Photo credit Losi and Gangi
We strive to be a platform where varying opinions may be voiced and heard. The views, thoughts, and opinions expressed by the author(s) of this article and/or by those providing comments are theirs alone, and do not represent those of Audacy, Inc. We are not responsible for any damages or losses arising from this article and/or any comment(s).
Featured Image Photo Credit: Ron Chenoy - USA TODAY Sports