Things got heated at Patriots practice on Tuesday, and we’re not just talking about the weather.

New England's offense has struggled thus far in training camp while the defense has thrived, and perhaps frustrations boiled over a bit for captain David Andrews. The Patriots center got into it with star defensive lineman Christian Barmore.

WEEI’s Andy Hart discussed what may have sparked the fight and what could come from it with NFL Network's Mike Giardi on Audacy’s “6 Rings and Football Things” podcast.

“They went at it pretty good. It was a pretty good fight,” Hart said (4:17 in player above). “It was beyond the normal scuffle of the heat of camp.”

Barmore was subsequently removed from practice as was Andrews, who remained on the field for some conditioning work.

“Is there any chance that there was a message sent there that maybe Barmore was playing at a different tempo than everybody else and standing out like a superstar when he was actually hindering the work of the offense? This is a working theory that I’m dropping you on air here,” Hart continued. “But do you think there’s something to it? Was there some sort of message? Could it have been a fraudulent fight? Is it your captain showing some spark? We know the old days, fraudulent fights happened to ignite things.”

Giardi certainly thought that frustration played a part in the kerfuffle.

“David spoke to us after Monday’s practice after speaking to the offense and it was a strong contrast. We had the defensive huddle after practice on Monday and the offensive huddle. And the defensive is yucking it up, having a grand old time. And the offense is very quiet and there’s only David in the middle talking and heads are down,” Giardi said. “There’s definitely frustration there and I think that probably carried over a little bit for David.”

Barmore has drawn rave reviews in practice and has been one of the key disruptors of the Patriots’ offense in camp.

“Could there have been a different speed level with Barmore versus what they were supposed to be at? That’s something I consider because I think watching the 11-on-11s today when the offense was better it didn’t still look like we’re going a full on 100. I don’t know what percentage you want to put it at. Was it 85? Whatever, I don’t know,” Giardi continued.

“Did (Barmore) elevate his play a little bit more and David’s alright enough, you’re wrecking the play, but if I was going 100 and you were going 100 maybe it wouldn’t be this way. I don’t know, but I definitely think there’s frustration there and Barmore’s been hard to block, so what are you going to do.” 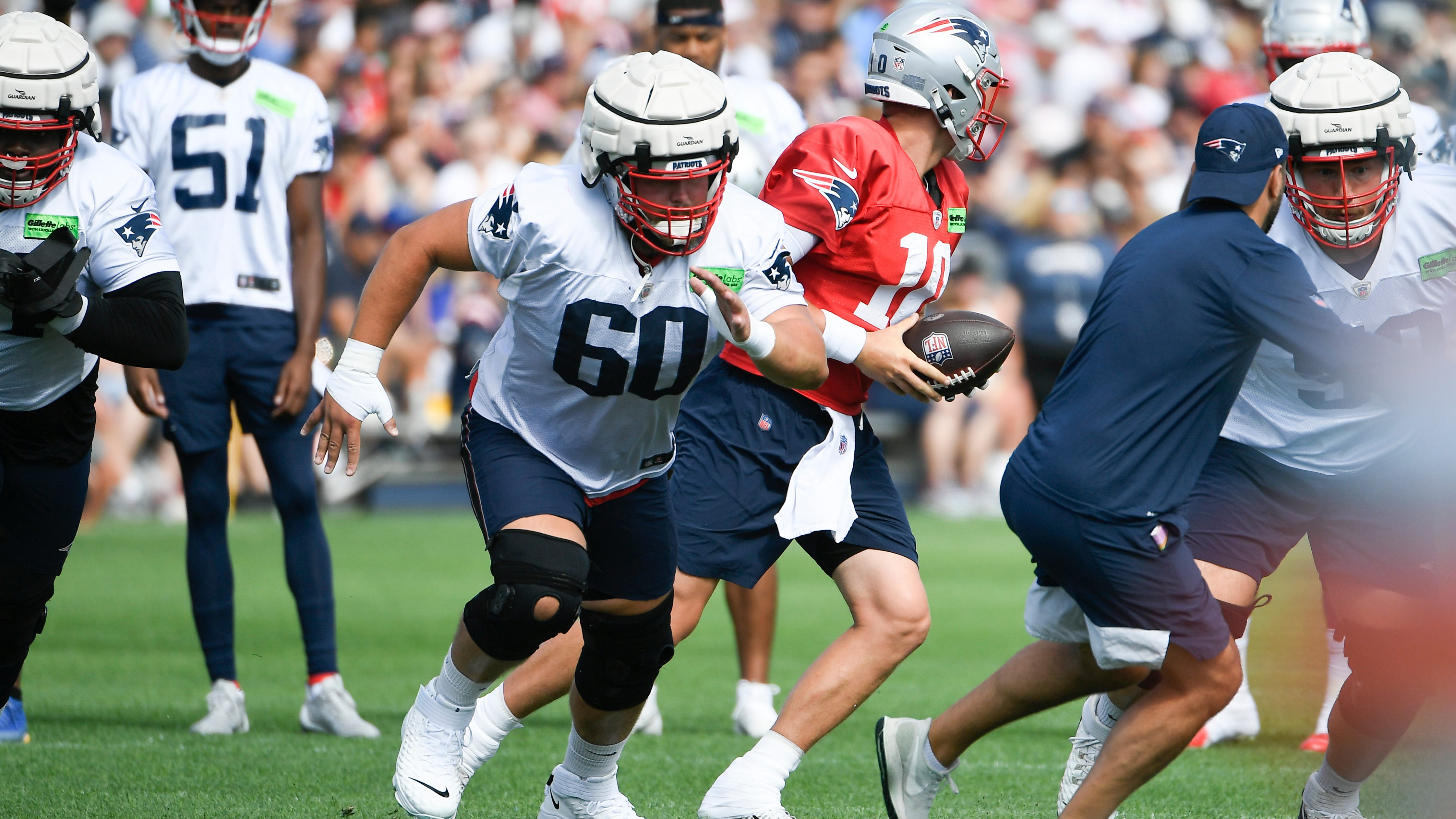