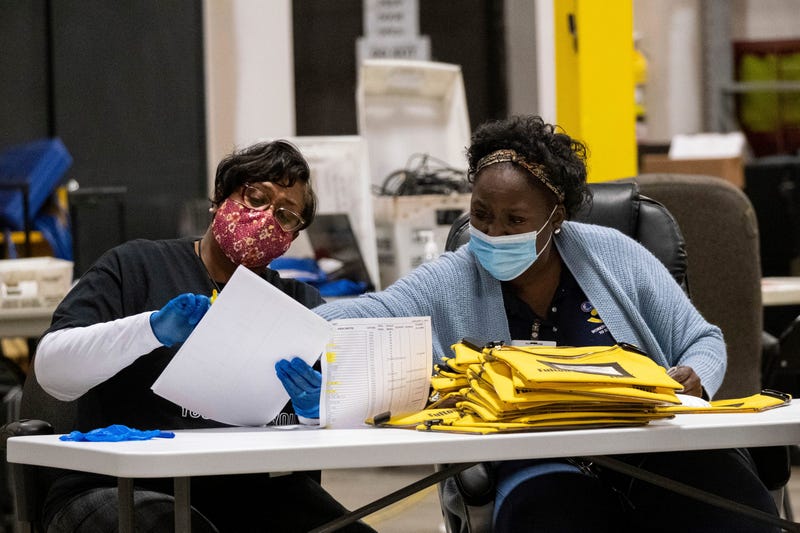 The Latest on the Senate runoffs in Georgia (all times local):

Hours after winning one of Georgia’s high-stakes runoffs, The Rev. Raphael Warnock says people in his state “are feeling a sense of hope this morning.”

Speaking in a round of morning television interviews, Warnock noted that he grew up in public housing as one of 12 children and was the first in his family to attend college. He said his victory "pushes against the grain of so many expectations, but this is America and I want some young person who’s watching this to know anything’s possible.”

Georgia is now in “an incredible place when you think of the arc of our history,” he said.

“This is the reversal of the old southern strategy that sought to divide people,” Warnock said on ABC’s “Good Morning America.” “In this moment we’ve got to bring people together to do the hard work and I look forward to doing that.”

He told NBC’s “Today” that “we can ill-afford to be divided. And I hope to be the pastor among peers in the United States Senate to appeal to the better angels of our nature and to remind us that Dr. King was right, we’re tied of a single garment of destiny.”

— Georgia proves its status as a two-party battleground

— A tense night for news organizations

— Trump-appointed US attorney resigns in Georgia

HERE'S WHAT ELSE IS GOING ON:

The race for U.S. Senate in Georgia between incumbent GOP Sen. David Perdue and Democratic challenger Jon Ossoff is too early to call.

There were still some mail ballots and in-person early votes left to be counted statewide, the majority of which are in Democratic-leaning counties.

Under Georgia law, a trailing candidate may request a recount when the margin of an election is less than or equal to 0.5 percentage points.

The Perdue-Ossoff race was one of two runoff elections that Georgia held Tuesday. In the other election, Democrat Raphael Warnock unseated Republican Sen. Kelly Loeffler.

The races will determine which party controls the U.S. Senate. Democrats must win both seats to take power, while Republicans only need one to keep Mitch McConnell as majority leader.

The Tuesday victory gives Democrats a chance to seize control of the Senate for the opening of Democrat Joe Biden’s presidency. Democrats need to win both of Georgia’s Senate runoff elections to claim the Senate majority. The contest between Democrat Jon Ossoff and Republican David Perdue remains too early to call.

Warnock defeated Republican incumbent Sen. Kelly Loeffler, a former businesswoman who was appointed to the Senate less than a year ago and had the strong support of outgoing President Donald Trump.

The Republican president on the eve of the election called on Georgia Republicans to swarm to the polls for the Republican Senate candidates, even as he warned without evidence of the prospect of widespread voter fraud.

Biden held his own rally Monday to urge his coalition to turn out for the Democratic candidates.