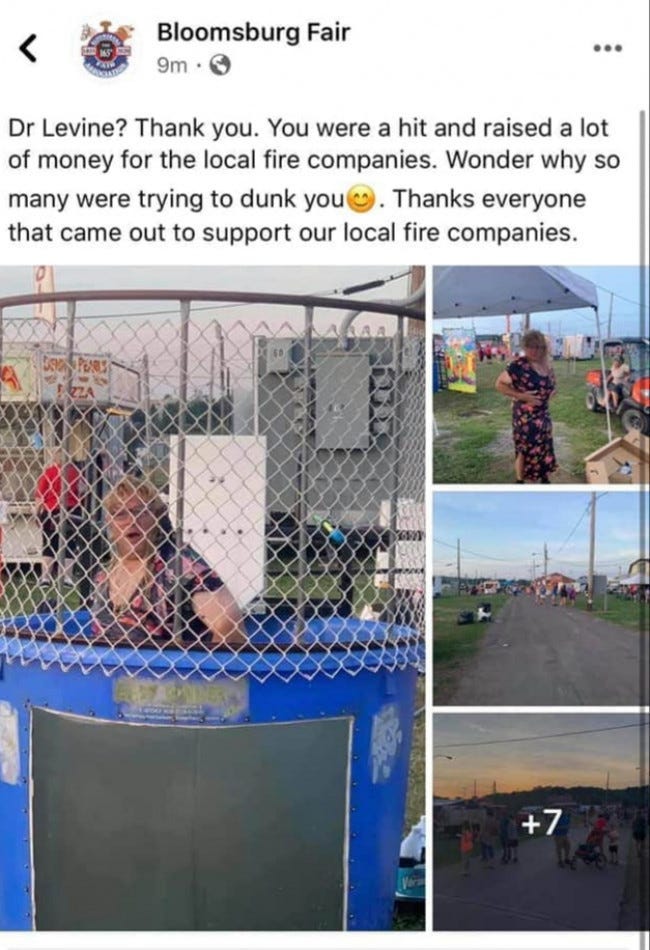 UPDATED WITH A STATEMENT FROM THE BLOOMSBURG FAIR:

The Bloomsburg Fair is facing backlash after a social media post showed a man wearing a dress, in a dunk tank. The post said “Dr. Levine? Thank you. You were a hit and raised a lot of money for the local fire companies. Wonder why so many were trying to dunk you J Thanks everyone that came out to support our local fire companies.”

The social media post contained images from the recent Fireman’s Relief Carnival, which took place on the Bloomsburg Fairgrounds.

Dr. Rachel Levine is Pennsylvania’s Secretary of Health, and she’s transgender.  The criticism about the post appeared quickly, with Facebook users calling the post “transphobic” and “hateful.”

While the controversial post was eventually deleted, that didn’t stop Facebook users from expressing their disapproval to the “bigoted” content. In the hours after the “Dr. Levine” dunk tank post was deleted, Facebook users continued flocking to the Bloomsburg Fair’s page to post negative comments on the group’s other status updates.  A news conference on the situation is scheduled for this afternoon.

HERE'S THE STATEMENT FROM THE BLOOMSBURG FAIR 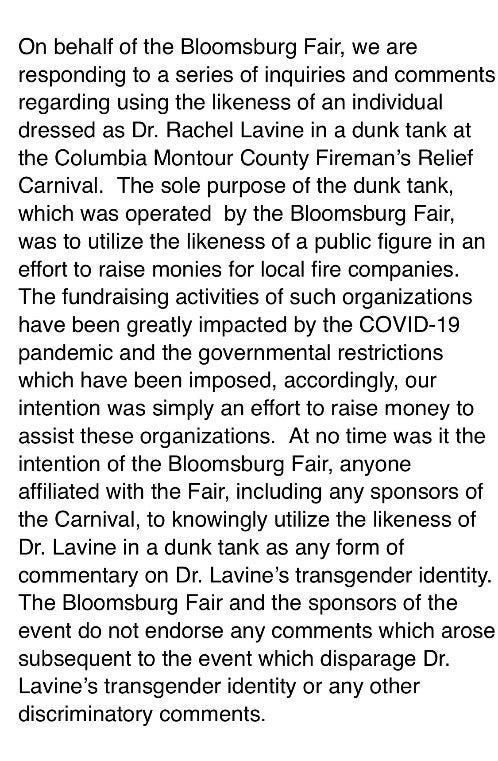