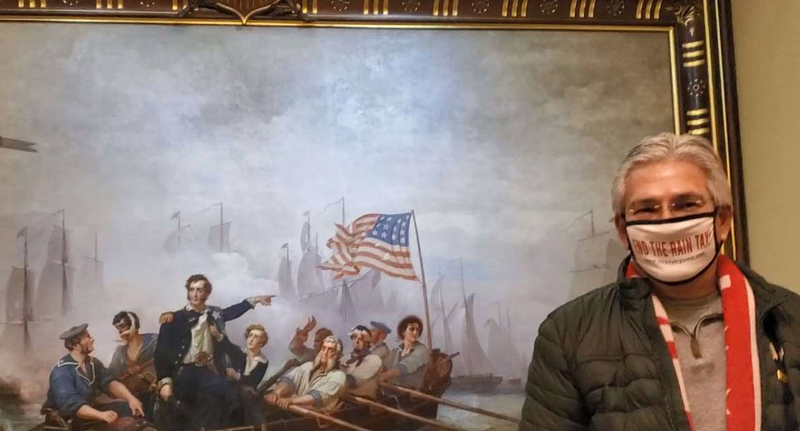 Frank Scavo, the Old Forge man who pled guilty to taking part in the riot at the U.S. Capitol January 6th will spend 60 days behind bars. Scavo was sentenced by Senior U.S. District Judge Royce C. Lamberth to more than four times the prison term requested by federal prosecutors. Lamberth also fined Scavo $5,000, and assessed him $500 restitution for damage. In September Scavo pleaded guilty to a misdemeanor count of parading, demonstrating, or picketing in the Capitol. In exchange, three other counts were dropped. Scavo was once director of the Old Forge School Board. He organized several buses that departed January 6 from NEPA to Washington D.C. for the rally. At first Scavo told news reporters he was not inside the Capitol. Images surfaced that clearly showed him there and he then told investigators he 'got caught up in the crowd' when he entered the Capitol.