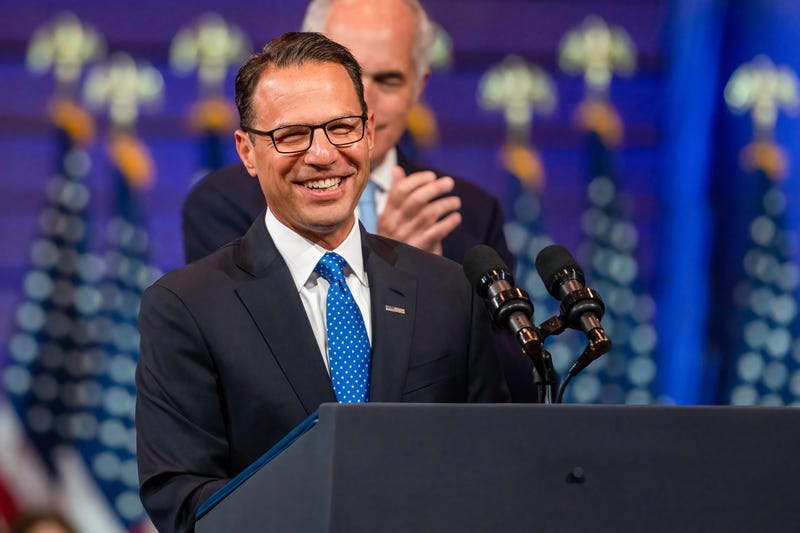 Gubernatorial candidate Josh Shapiro smiles at the podium. President Joe Biden made a visit to Wilkes-Barre, Pennsylvania to discuss his plan to reform gun control, during his speech he touted beating the NRA. Biden is visiting cities for his Safer America plan. Photo credit Photo by Aimee Dilger / SOPA Images/Sipa USA
By The Associated Press

HARRISBURG, Pa. (AP) — The refusal thus far of Democratic Gov. Josh Shapiro to disclose who paid for his inaugural party has exposed the gap in state law that lets governors in Pennsylvania escape the kind of transparency sometimes required elsewhere. Presidential inaugural committees are required by federal law to disclose donors who give over $200 to inaugural celebrations. States like Virginia, Maryland and New Jersey have such laws, as does Philadelphia. Many other states have no such disclosure laws, and millions of dollars can be given secretly by donors who seek favorable treatment under state regulations. Critics say that raises serious concerns about conflicts of interest.