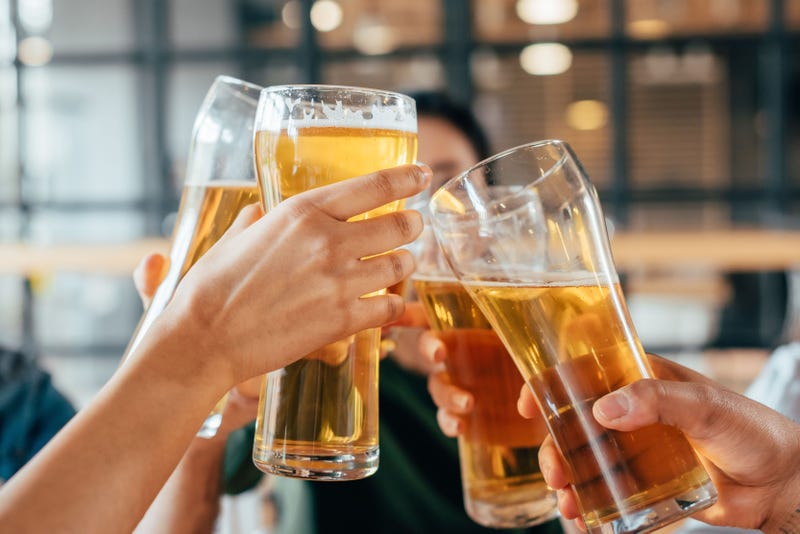 The big game is Sunday, and as has become the norm over the past few years, the big money advertising arrived well before kickoff. Miller Light pulls no punches here. During the big game, Miller Light wants fans to see their Michelob Ultra commercial, and only their commercial.

Early this week the full Miller Light plan was revealed. The beer company announced a contest where fans could win free beer when their Michelob Ultra commercial airs during the big game. The contest asks fans to enter in a “ridiculously long calorie-burning URL”.

The URL being used on Sunday will be long. 836 characters long. Anyone who accurately transcribes the full 836 characters can win, but they have to be quick. Only the first 5000 people to copy the URL, exactly as it appears, will win "free beer." Full disclosure: The "free beer" is actually a small amount of cash ($8.00) being sent to winners through Venmo.

Below, you'll find an image (look for the man with the blue shirt and the bottle of beer. This image contains "practice text" which can be used to get ready for the Big Game on Sunday.

WAIT! Before you use the practice image, you should know that Miller Light has already released the actual URL being used for the contest. I could have transcribed it for you, but this was a lot easier. Sorry. Watch this video, and grab the actual URL.

Above: This video from @MillerLight explains this entire thing, which they, themselves, call "a stunt."

If you want to try to win, I think you should practice! That's why I created the "training graphic," and it's easy to use. Instructions: transcribe everything you see in the image (below). 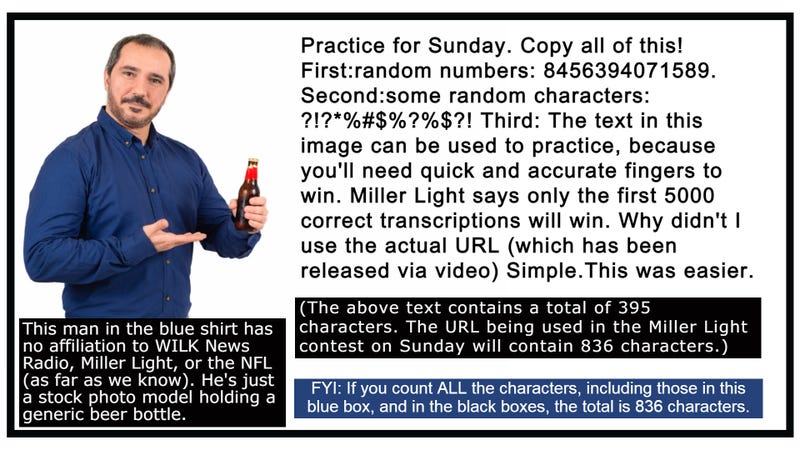 Transcribe this text to practice for Sunday!

Again, as part of their advertising campaign, Miller Light clearly states that they don't want you to see the competition's commercial.

Natural Light, aka "Natty Light" is the competition, and guess what? They responded, officially launching the "big game beer wars!"

.@MillerLite wants you to type in an 836 character URL to burn a calorie for $8. Don’t waste your time, we’re already one less calorie. And for your chance to win a case of beer ($16) on us for the Big Game just reply with #NattySweepstakes now through Sunday pic.twitter.com/hSC2bgtVdd

Yes, this is really happening. Over beer. Beer! I only have one question. Why can't we all just get along?
--Jason Barsky