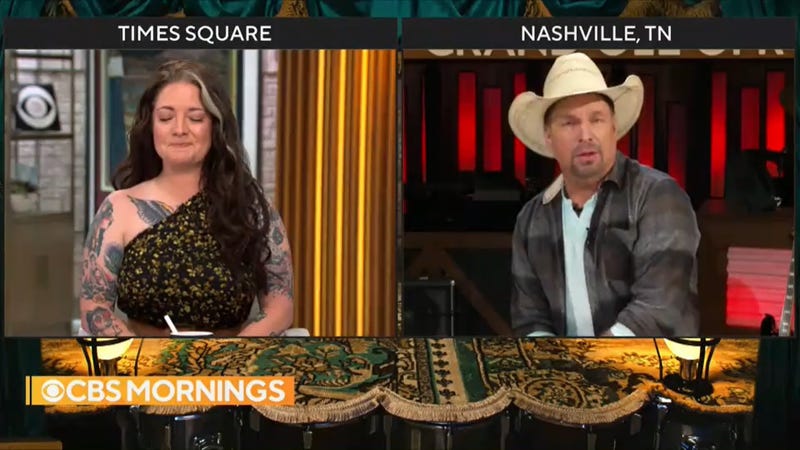 It was an emotional morning for Ashley McBryde as she was welcomed to become a member of the prestigious Grand Ole Opry by an equally emotional Garth Brooks.

McBryde was surprised by Brooks during a live, on-air interview with CBS Mornings and she clearly had no idea it was coming. “Good Morning, Garth,” Ashley said with confusion when he appeared on the screen. “What’s happening?”

“I’m here with a proposal,” Garth responded “This [proposal] is part of a family that keeps growing… We’re at the Grand Ole Opry, I’m standing in the circle of wood right now where you stand and Ms. Ashley McBryde, on behalf of the Grand Ole Opry, and myself as an Opry member, I’m going to try not to cry,“ he states as tears started to fill his eyes. “We would love for you to consider becoming the newest member for the Grand Ole Opry.”

An emotional McBryde took a moment and a huge deep breath before collecting herself and responding, “It would be the great joy and the great honor of my life, thank you, Garth. Goodness!”

Only on #CBSMornings, two-time Grammy-winner @garthbrooks just surprised singer-songwriter @AshleyMcBryde with an invitation to join the "longest-living family in music history," at the @opry! pic.twitter.com/c9S7A9EDfH

She continued. “There’s GRAMMYs and there’s being a member of the Grand Ole Opry and those are the two greatest things that could ever happen to you as an entertainer and I’ve always said I will earn it and this is a pretty surreal moment.”