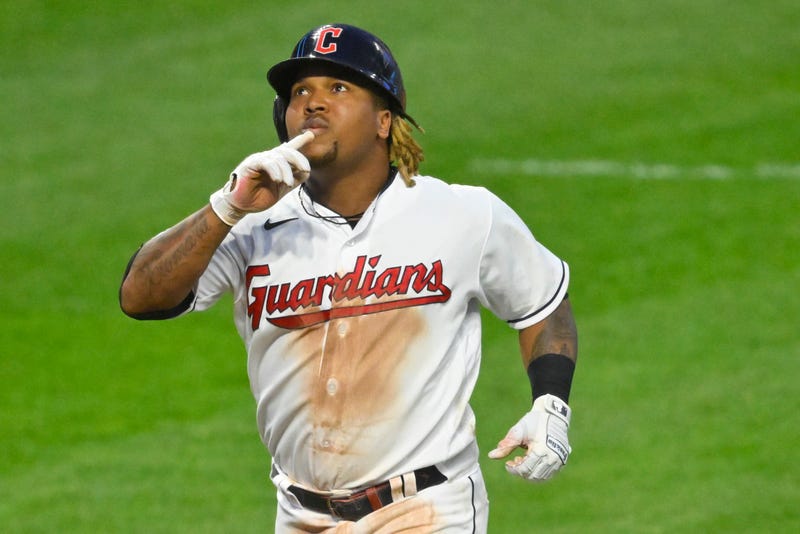 CLEVELAND, Ohio – Thirty-six games into the 2022 campaign, the Cleveland Guardians find themselves in third place in the American League Central Division.

Despite sitting two games under .500 and 4.5 back of the division leading Minnesota Twins, the Guardians have won ten of their last 16 following a 6-1 win over the Detroit Tigers on Friday night.

There have been plenty of ups and just as many downs. It’s been quite a ride.

As the calendar gets set to flip to June, Cedar Point has opened for business and Northeast Ohioans love themselves a good rollercoaster.

Just not when it comes to their baseball team.

“We have a very young team, and I think that that that group is going to continue to learn and grow and develop,” said Guardians president of baseball operations Chris Antonetti. “We’re a young pitching staff and a young position player club. I’ve been encouraged by the way the group has performed so far and I think we'll continue to get better.”

Indeed, the Guardians are a young team, the youngest in Major League Baseball. The Guardians 40-man roster has an average age of 25.4 years-old, according to baseball reference.

For more perspective, those values are lower than the average Triple-A roster, with an average age of 27.1 years.

“That's one of the things I think we're so excited about as we look forward is that the group of young position players is really starting to mature and develop and carry a significant load,” Antonetti said.

Antonetti attributed the youth movement in Cleveland to their ability to come back late in ballgames. That resiliency goes hand-in-hand with an offense that has exceeded the expectations so far, with a handful of hitters boasting averages of .300 or better at various points this season even offense across baseball has been low this year.

“I think the average OPS is 50 points lower this year than it was at different points in the past,” Antonetti said. “So, I don't think there's any debate that the offensive environments lower than it has been over the past few seasons.”

Despite recent struggles of Steven Kwan, whose average dropped to .265 on the season during a forgettable month of May in which he’s posted a slash line of 185/290/259, and Owen Miller (3-for-24 over his last six games) the Guardians still have a team batting average in the top third of baseball.

“It all starts with guys individually having very good at bats and just continue. I think one of the trademarks of this group is displaying so far, is just consistent quality of bats throughout the order,” Antonetti said. “When you do that consistently enough, we've given ourselves a number of chances and we found a way to really come together late and make sure that continues to happen.”

Having an MVP candidate in Jose Ramirez, whose 37 RBIs lead Major League Baseball helps. So does having supplementary offense from names listed above, and of course Andres Gimenez. Gimenez, acquired in the blockbuster Francisco Lindor trade, now joins Ramirez as the only other Guardian to boast an average North of .300 this year.

“Now, if we can align that with our pitching, performing the way it has in the past, we think we have a chance to have a really good balance of the season,” Antonetti continued.

With names like Shane Bieber, Zach Plesac and Aaron Civale it may come as a surprise to look down the list of earned run averages in baseball and notice the Guardians have a team ERA of 4.01, coming in at 24th.

But Antonetti they’ve seen signs of the pitching resuming its role as the strength of the ball club, specifically from Civale, who was sharp in 6.1 innings Friday night, turning in his longest outing since June of 2021.

Bieber will go a long way in solidifying that group. Before a hiccup to start the month, the 2020 Cy Young Award winner had been extending himself longer into ballgames and reached seven inning plateau in a win over Oakland to wrap up April.

Despite an average velocity on his fastball of 90.7 MPH, down from his 2020 campaign of 94.1, Bieber himself isn’t concerned after shoulder issues plagued him last season.

He expects himself, like the rest of the staff to round into form sooner rather than later.

“That group probably have a little bit more of a track record that some of our position players did,” Antonetti said. “If that group continues to trend in the direction, they're headed back to some of their past levels of performance.

"If that continues and we're able to get continued development from those that young position players and marry those two together, it's exciting to think about how we could play in the second half and how many games we could win.”