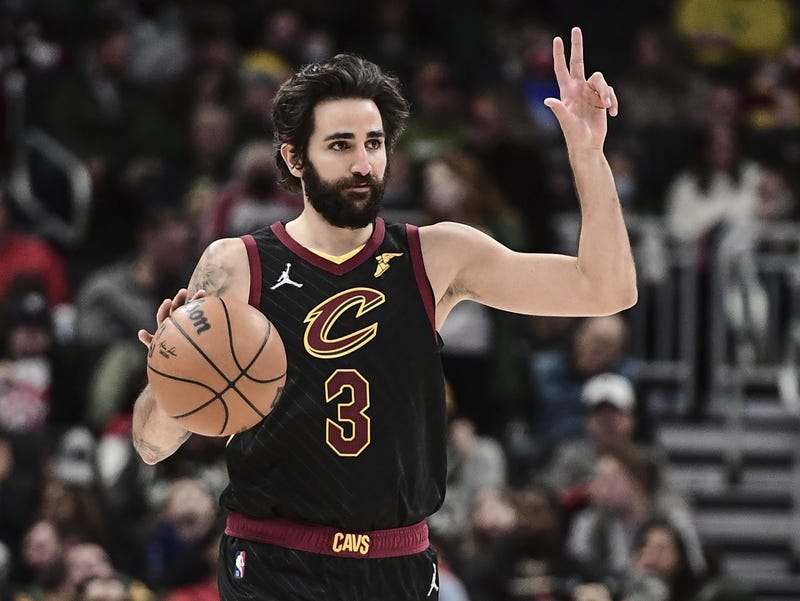 Their back court, once a strength that featured Collin Sexton, Darius Garland and Ricky Rubio s suddenly thrust into turmoil amid a barrage of injuries.

Sexton was lost for the season in November after undergoing season-ending surgery to repair a torn meniscus in his left knee.

Tuesday evening, Rubio went down with a left knee injury against the Pelicans. An MRI revealed a torn ACL, effectively ending his season prematurely. It’s the second time Rubio has torn the ligament in that knee.

Meanwhile, the Wine and Gold are still without Darius Garland, who was placed in the NBA’s health and safety protocols.

The situation forced Kevin Pangos into the starting lineup against the Washington Wizards on Thursday. It was Pangos’ first start of his career after appearing in 16 games this season, but things understandably didn’t quite look right as the Cavs dropped their second straight game.

“I thought our guys played with that same competition and the same selflessness. You know, we're just different because of the absences that we had and things that we had to go through,” said Cavaliers coach J.B.
Bickerstaff before Friday night’s game. “Our identity is clear. And I think, you know, our guys will continue to build on that.

But Bickerstaff stopped there, revealing that no matter how the Cavaliers proceed from here that there’s no way to replace what Rubio brought to the team, both in production on the floor and presence in the locker room.

Rubio was having himself a night before going down with the knee injury, notching 27 points, 13 rebounds and 9 assists in the loss to the Pelicans. For the season he was registering 13 points, four rebounds and six assists per night while playing just over 28 minutes.

But his impact on his teammates, specifically Garland and Sexton was invaluable. Frequently, Bickerstaff turned to Rubio as his “closer” down the stretch, leaning on the savvy veteran to log crucial minutes as Cavs meticulously put games away.

“As a spirit, as a leader, as a mentor, you know, you don't replace that,” Bickerstaff said. “And that's not our aim by any means. Like he meant the world to this group and us being, you know, the way that we played, that passionate spirit. A lot of that was the Ricky Rubio effect”

Reports suggest the Cavaliers are searching for options to offset Rubio and Sexton’s injury. ESPN’s Adrian Wojnarowski reports the Cavs are close to finalizing a trade with the Lakers to acquire Rajon Rondo, but as of tipoff Friday night no deal had been wrapped up.

Rondo is eager for the chance to play a bigger role with an ascending Cavaliers team in the absence of Ricky Rubio, sources said. He's been positive on the deal since it was presented to him as an option yesterday. https://t.co/7yg8F3PgED

If Rondo is acquired in a deal, he will also have to clear the league’s health and safety protocols as of December 26th.

The Cavaliers have placed a lot of responsibility on the young core of Garland, Evan Mobley and Jarrett Allen. Allen’s return to the lineup Friday night is a welcomed addition. They’ve been the pillars of establishing a culture and style of play their coach has wanted to implement.

Bickerstaff suggested despite any potential acquisition from outside the organization, the heavy lifting of “replacing” Rubio will likely fall to the core. The extra slack they pick up just serving as the next step in the growth process, the foundation of which laid by Rubio.

“What we have to do as a group is figuring out how we move forward. The only way that we can move forward is by doing it together,” Bickerstaff said, “We’ve got to encompass that spirit as a group. You know, we know what it feels like. We have to continue and it's everybody's got to be a part of that to make sure we keep playing that way and keep playing with that spirit, you know, and that selflessness that he brought to the game.”