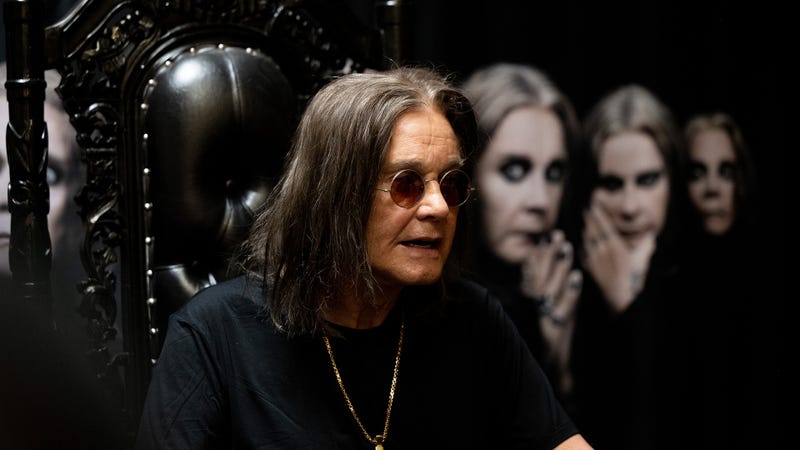 We’re back with another installment of 7 Rock songs you need to hear right now, and our October picks are treats you’re definitely going to want to share with the neighbors nice and loud.

Seattle-born guitarist and songwriter Ayron Jones followed up his 2021-most played hits "Take Me Away" "Mercy" with his end-of-the-summer release "Filthy" and accompanying music video in late September.

Listen to "Beguiled," the first single from The Smashing Pumpkins' upcoming Mellon Collie and Machina sequel ATUM. Don't miss them on their current joint tour with Janes Addiction.

Nothingmore's "You Don't Know What Love Means" is the latest single from their upcoming album Spirits, set for release on October 14. Catch the band on tour this fall with In This Moment.

“I can honestly say, in my entire career, I have never once said in any interview, in any magazine, that this is my best album, this is my best work of all time," Godsmack frontman Sully Erna told us recently about the band's upcoming album, Lighting Up The Sky. Listen to the first single, "Surrender."

Seattle rockers Moon Fever are back with a new line up featuring Triston Bracht on vocals (formerly of Hellbot), Mitch Micoley on guitar, Dave Orton on bass, and Troy Wageman on drums (both formerly of Hyro the Hero). Check out the new single "Live Fast Die Young" now and look out for more on the way!

Ozzy Osbourne - One of Those Days (ft. Eric Clapton)

Upon the single's release, Ozzy Osbourne said he knew the song "One of Those Days," on which he collaborated with Eric Clapton for his new album Patient Number 9, was "going to cause s***" -- and apparently, it already had with Clapton himself. Patient Number 9 is out now!

Singer Myles Kennedy and Alter Bridge are back with their blistering new single "Silver Tongue" from their forthcoming 2022 collection Pawns & Kings, set for release on October 14.

Check out some of Audacy's all-new Rock stations like Masters Of Metal, IndustriALT, Don't Metal In My Affairs, Venom, 80s Guitar, Rock N’ Road, Freedom Rock, The Canyon, Arena Rock, Wake Up and Rock, and The Roots of Rock for those who crave the early days.