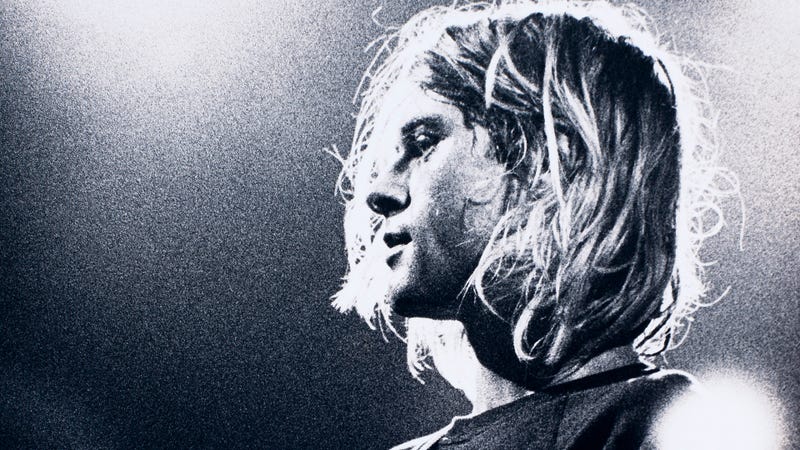 Nirvana fans new and old will surely remember late singer Kurt Cobain's stance on the corporatization of art, and his fervent belief that his music was for everyone willing to listen, regardless of the thickness of their wallet.

Listen to your favorite music now on Audacy curated for fans, by fans like Nirvana Radio, and more

Don't take our word for it, just look at Kurt and the rest of the band's reaction below after learning that Madonna charged $50 to see her in concert. Shocked, Kurt can't believe the cost of tickets for a pop act, when bands like Fugazi charged only $5, and his own band charged on the high end, around just $15-$20. But, as noted, Madge puts on a "burlesque" show.

Literally defined as a work "intended to cause laughter by caricaturing the manner or spirit of serious works, or by ludicrous treatment of their subjects," the latest news of a series of Nirvana NFTs (Non-fungible tokens) seems to fit into all of this perfectly.

We're excited - NFTs for memorabilia of pop music and culture is the future! Our first drop 02-20-22 is never-before-seen images of @Nirvana playing a live show in a small club just weeks before fame hit them. #nfts #NFTdrop #Memorabilia #Collectibles #NFTcollectibles #NFTdrops pic.twitter.com/68nbx21ZRS

Pop Legendz has announced that on February 20, which would have been Cobain's 55th birthday, NFTs created from almost thirty never-before-seen snapshots taken by photographer Faith West during a 1991 Nirvana concert in Philadelphia will be auctioned off for quite a pretty penny, just as the band would have wanted. That's sarcasm. Anyway, a portion of proceeds from these NFT sales, with payments available in cryptocurrency or credit card, will go to the LGBTQ+ non-profit The Trevor Project, as well as the solar-power charity Grid Alternatives. So, there's that.

These new NFTs will be sold in two auctions; The first is four unique NFTs made from ten black and white and acid-washed images turned into one GIF, with a starting bid of 67 Ethereum, or about $161,000. Individual NFTs of the same ten images will be auctioned starting at 1 Ethereum each, or around $2,400. Each auction winner will also receive a unique, framed print of one image, signed by the photographer. Check them out right here.

But hold on -- you don't have to sell your parent's house to get in on the auction action -- a "Nirvana Fans Sale" will also be made available (But, who was the first round for?). Another ten pieces of art, created from three photos, will be auctioned off to 100 "lucky" fans for just $499﻿ each, and a separate 34 still images starting at $99 each, again with 100 copies available.

Now, let's see those Fugazi NFTs, Mr. MacKaye. Something tells us we're gonna be waiting a while for those. I am a patient boy...