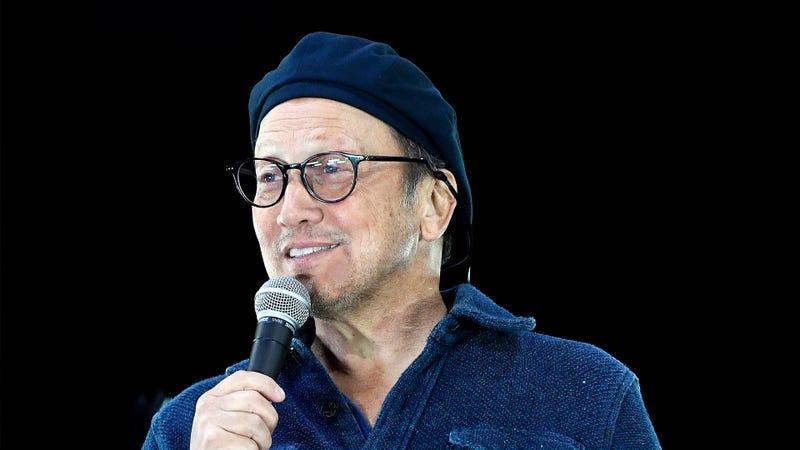 On the latest episode of Fly on the Wall with Dana Carvey and David Spade, Rob Schneider joined his fellow Saturday Night Live alumni to talk tons of topics, including Bay Area stand-up, Elvis in Japan, childhood trauma, and more.

After talking about their years of friendship that for the most part stemmed from their stints on SNL, Rob mentioned he’d listened to past episodes of the podcast, and one thing he’d noticed, “was the psychological make up for comedians that get on SNL.”

Identifying them as “emotional damaged people,” which he considers himself to be.

He said, “It’s gotta be one parent who’s missing, unavailable either physically or emotionally. And another one trying to make up for it, who’s also got problems, because their with somebody who’s emotionally and physically not available.”

All of which was a mid-blowing revelation to Spade, who could relate. “The feeling you’re missing something," he added, "so you had to go out into the world and try and get it.”

Crediting his childhood trauma to helping him reach his overall goal of making it on to SNL, Rob explained, growing up, with Pilar his Filipino, tough, war surviving mom and his “mature” dad Marvin, it sometimes felt like he was being “raised by 12-year-olds.”

Pinpointing that as the age when his mother’s trauma happened, and that whenever his mom had problems during his childhood, she would revert into survival mode, as she did during her time in the Philippines.

“So when she was mad at my dad," Rob revealed, "I remember coming home and seeing every glass and every plate in the whole house, that she could reach, on the floor broken. And my brother would just go ‘ay, you gotta wear your shoes today in the house.’”

For Part 2 of the conversation Dana, David, and Rob continued to chat about their SNL days, pitching jokes, their best sketches like Il Cantore, characters like Copy-Machine Guy, catch phrases like "you can do it” and more.

Revealing his real life restaurant experience that inspired Il Cantore, Rob, Dana and David broke down every hilarious moment of the skit.

Then at another point in the chat Rob detailed his past frustrations of wanting to be able to act out the sketches he was writing. Initially hired as a writer, alongside his bestie Adam Sandler, Rob respectfully voiced his concerns to those in charge. To which he admitted to receiving some humbling and instructive advice. Being told “when you write something that you can perform better than other people,” which as we all know now, he obviously did.

Be a Fly on the Wall as Saturday Night Live alumni Dana Carvey and David Spade take you behind the scenes to reminisce about the most memorable stories and moments with friends of the show. In each episode, you’ll hear from your favorite cast members, hosts, writers, and musical guests as they share never-before told stories about their careers; including how they made their way to the show and how being a part SNL’s cultural history has impacted their lives beyond the show.