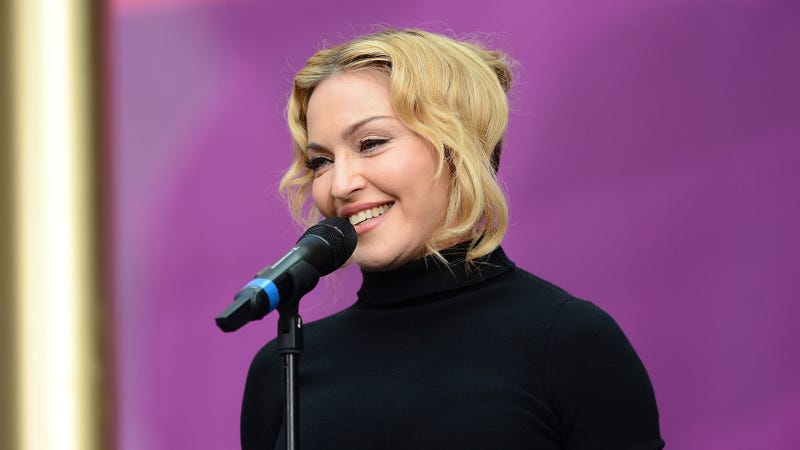 It’s back to school season and Madonna is making it cooler than ever with a fresh take on her single from 2000, “Music.”

During an appearance on The Tonight Show starring Jimmy Fallon, Madonna, Jimmy and The Roots put an epic spin on “Music,” using some classroom instruments. With Fallon on the wood block, Madonna on triangle and The Roots holding down background vocals, the whole things turned out to be pretty incredible.

Clearly a fan of collaborations, Madonna later shared in an interview with Fallon who she dreams of working with next.

“I mean, there's one artist that I worship more than anything and I would love to collaborate with him — that's Kendrick Lamar,” Madonna told Fallon. “His new record is history making … mind bogglingly brilliant. It's insane.”

Madonna has made her own “mind bogglingly brilliant” music and she’s celebrating it all with the release of a remix album featuring 50 of her #1, record breaking hits. The album features collabs with Britney Spears, Justin Timberlake, Nicki Minaj and Nile Rogers and will be available August 19.