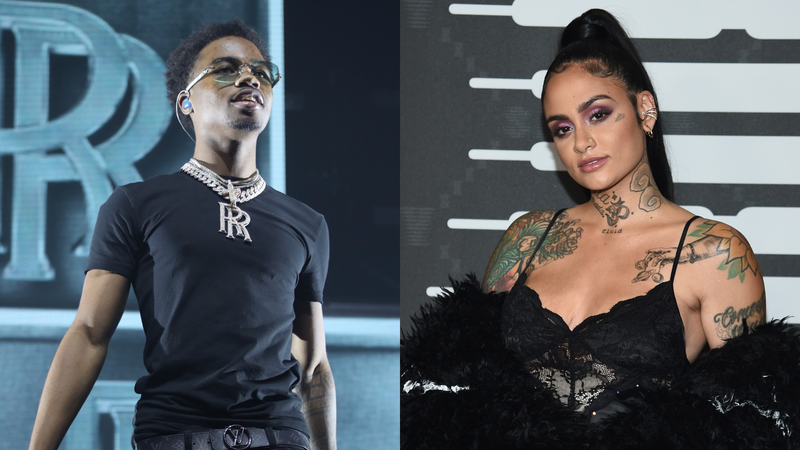 90 degree weather is starting its reign. People are catching flights, instead of feelings and thus, a soundtrack of summer is needed.

From the melodic bop from Amorphous and Kehlani to a throwback banger too classic to keep tucked away and new heat from Lil Baby, here are 7 songs to kick off your summer the right way.

In March 2021, the viral sensation made waves on TikTok, but the duo couldn't officially release the record. Thank the universe that the "Planet Rock" sample cleared months later.

The combination of Kirk Franklin and Lil Baby was very unexpected. However, the Just Blaze production surprisingly makes sense. It also appropriately gets fans ready for the release of Space Jam 2.

Drake feat. Nicki Minaj - "Best I Ever Had (Remix)"

When Nicki Minaj announced her mixtape, Beam Me Up Scotty would finally be available on streaming services, it took everyone back to the golden years of Hip Hop when she, alone, dominated. "Best I Ever Had (Remix)" catapulted Drake into mainstream success and the song was a hit from jump. Allow yourself to sit in this nostalgia.

Amorphous feat. Kehlani - "Back Together"

Amorphous took the world by storm with the viral success of his Rihanna/Luther Vandross mashup. After landing a feature with Fat Joe on the bop, "Sunshine," he's back with his first official debut. The original production is the first single from his forthcoming EP.

First, if you've been sleeping on WizKid's album, Made in Lagos, this is your sign to wake up. This international song is smooth and ensures a good mood— whether you're at a function or riding solo.

The original version of "Peaches" was immaculate, but with OGs like Luda, Usher and Snoop, it becomes elevated. Also, those three can do no wrong musically, so there's that.

Whenever DJ Mustard is on the beat, you know he isn't going to miss. This melodic ballad is perfect during any time of day.