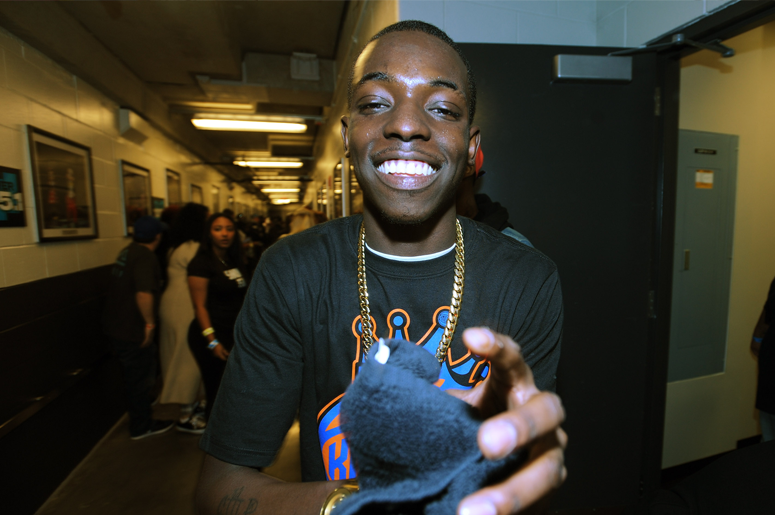 Bobby Shmurda is no longer in prison and besides his release being national news, we’ve got the videos to prove it. But first lets talk about how Bobby made his way home this morning, Tuesday February 23 from Clinton Correction Facility in New York. Quavo, yes 1/3 of Migos went to go pick him up.

In an interview with Billboard published Monday, Quavo revealed he'll be scooping up Shmurda from prison, following his release. ”I'm going to get my guy," said Quavo. "I'm personally gonna go pick up Bobby Shmurda. I'm bout to go get him. I'm gonna let him show you how I'm gonna pick him up, yessir.” And as for that new music, the viral Hip Hop sensation is promising and looking forward to, according to Quavo, "it's gonna be big.”

Now that he’s out, it’s time for Shmurda to celebrate. Which is exactly what he did, queue up the video proof.

Quavo shared a clip of Shmurda surrounded by a crew getting rowdy and rapping to the camera.

My first time seeing my dog rowdy rebel tonight!!! They freed the guys

Also on his post prison to do list, check in with mom. While his mother has plans for celebratory and intimate family dinner. Bobby couldn’t wait and FaceTimed his mother as soon as he got out,. After the two shared lots of love and excitement and Bobby got his iced out chain put back in its rightful place (around his neck), he let her know that he was on the way to see her.

Bobby Shmurda talking to his mother as soon as he got out pic.twitter.com/0qXh4kQ15h

After a long time coming, celebrations are great and all as long as things stay legal, as Shmurda will remain on parole until 2026, in addition to the other obvious reasons. For now, that's all we have but we're sure the post prison sharing is far from over, so we'll talk again soon.

WATCH MORE: 5 Celebs Who Surprisingly Have a Rap Sheet