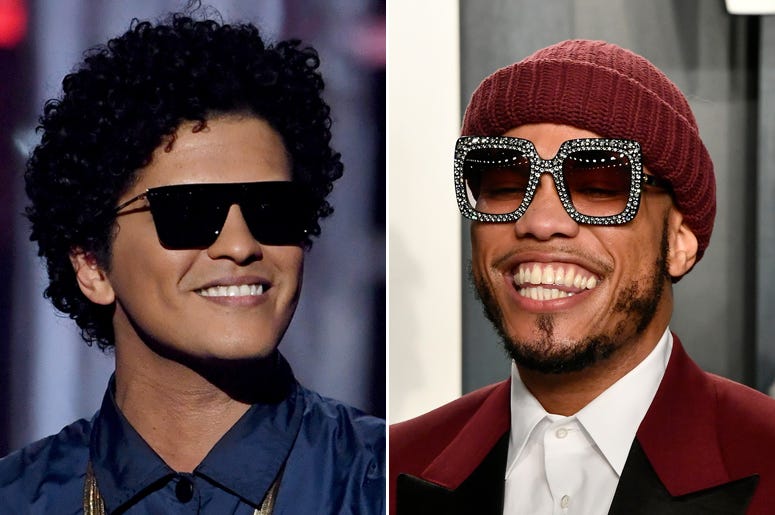 Late in the midnight hour, the universe declared that we the people won. Bruno Mars has announced that he and Anderson .Paak joined forces to create a new band, Silk Sonic.

✨We locked in and made an album. The band’s called Silk Sonic. First song drops next Friday 3/5.✨ pic.twitter.com/kzCQ3f7NRa

For the youth, Collins rose to fame in the late 60s, playing alongside James Brown with his brother, Catfish. According to The Guardian, when Bootsy and Catfish were recruited, “Brown was just entering his spangly cape-wearing “godfather of soul” phase… “While [Brown’s] own success was reaching frenzied levels internationally, he was also gaining notoriety for his domineering and overbearing presence. His previous backing band had walked out after disagreements over pay, and he had started to fine members for lateness or mistakes.” Collins would play “under his fingers bled,” and ultimately, he and Brown went separate ways when Brown accused Collins of being high when he wasn’t. He got high to prove a point and was fired.

When he teamed up with George Clinton and Parliament-Funkadelic in the '70s, he had more freedom and was able to find himself.. He rose to legendary status with his “driving bass guitar and humorous vocals.”

In regards to the formation of Silk Sonic, one fan tweets, “You have Bruno Mars that loves to make a modern hit out of New Jack Swing and Anderson .Paak that puts his own spin on the classic era of Soul/Funk. You throw in [Bootsy] Collins and we have what can potentially be the greatest s*** I’ve heard in a very long time.”

You have Bruno Mars that loves to make a modern hit out of New Jack Swing and Anderson Paak that puts his own spin on the classic era of Soul/Funk. You throw in Booty Collins and we have what can potentially be the greatest shit I’ve heard in a very long time. pic.twitter.com/YiCEDpeNKN

Most of all, this collaboration can lead to this.

I’m at the Silk Sonic/Bruno and Anderson .Paak World Tour.

Drink in one hand.

Vaccine in one arm.

Condescendingly watching the woman next to me only stand up for “Uptown Funk.”

I tilt my head back and scream “YES LAWD” to the Heavens.

Silk Sonic’s first single will be available to stream next Friday, March 5th.