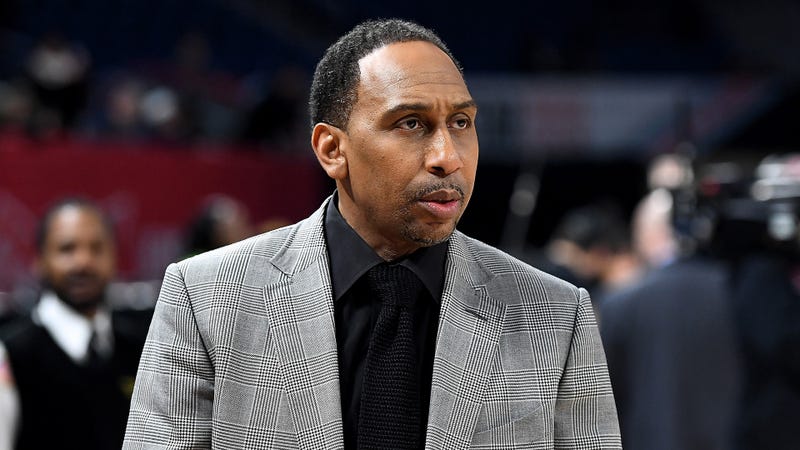 The Rihanna "Navy" has been coming at Stephen A. Smith’s neck ever since he appeared on Sherri Shepherd's television show to promote his new memoir.

LISTEN NOW: Know Mercy with Stephen A. Smith: This Rihanna Brouhaha Is Ridiculous 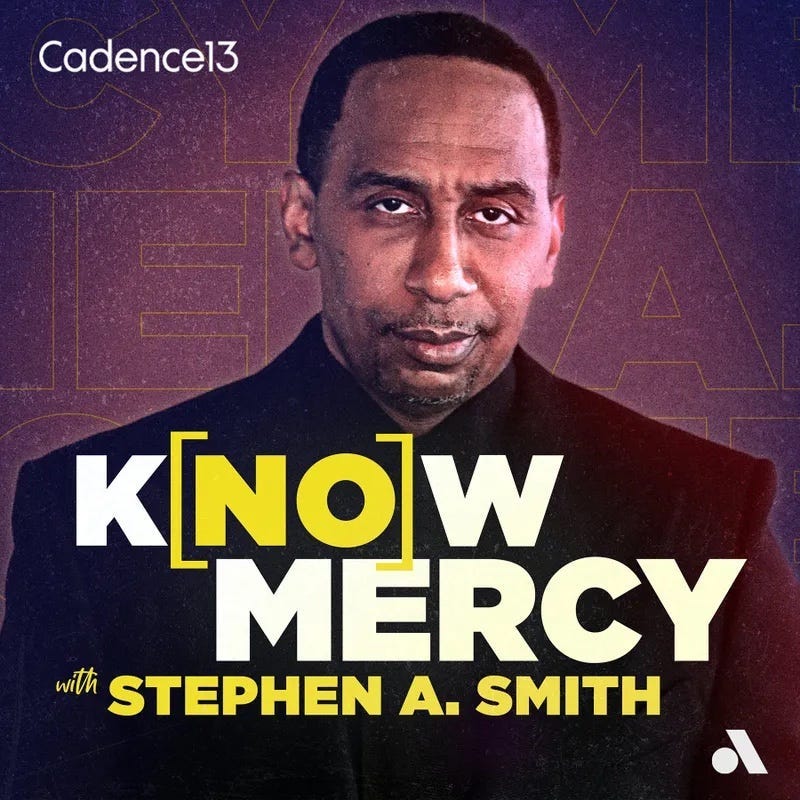 If you’re unaware of why the "Navy" wants to cancel Stephen A., allow us to make you aware. In a light-hearted conversation, Shepherd asked Stephen A. if he was excited about the Super Bowl Halftime Show this year since Rihanna will be performing. His response is what ruffled a lot of feathers:

“I don’t want to say I’m not excited, she's fantastic, that's not where I'm going with this. Ladies and gentleman she's a lot of things, she's spectacular actually and congratulations on new mama hood. But there's one thing she's not, she ain’t Beyoncé.” 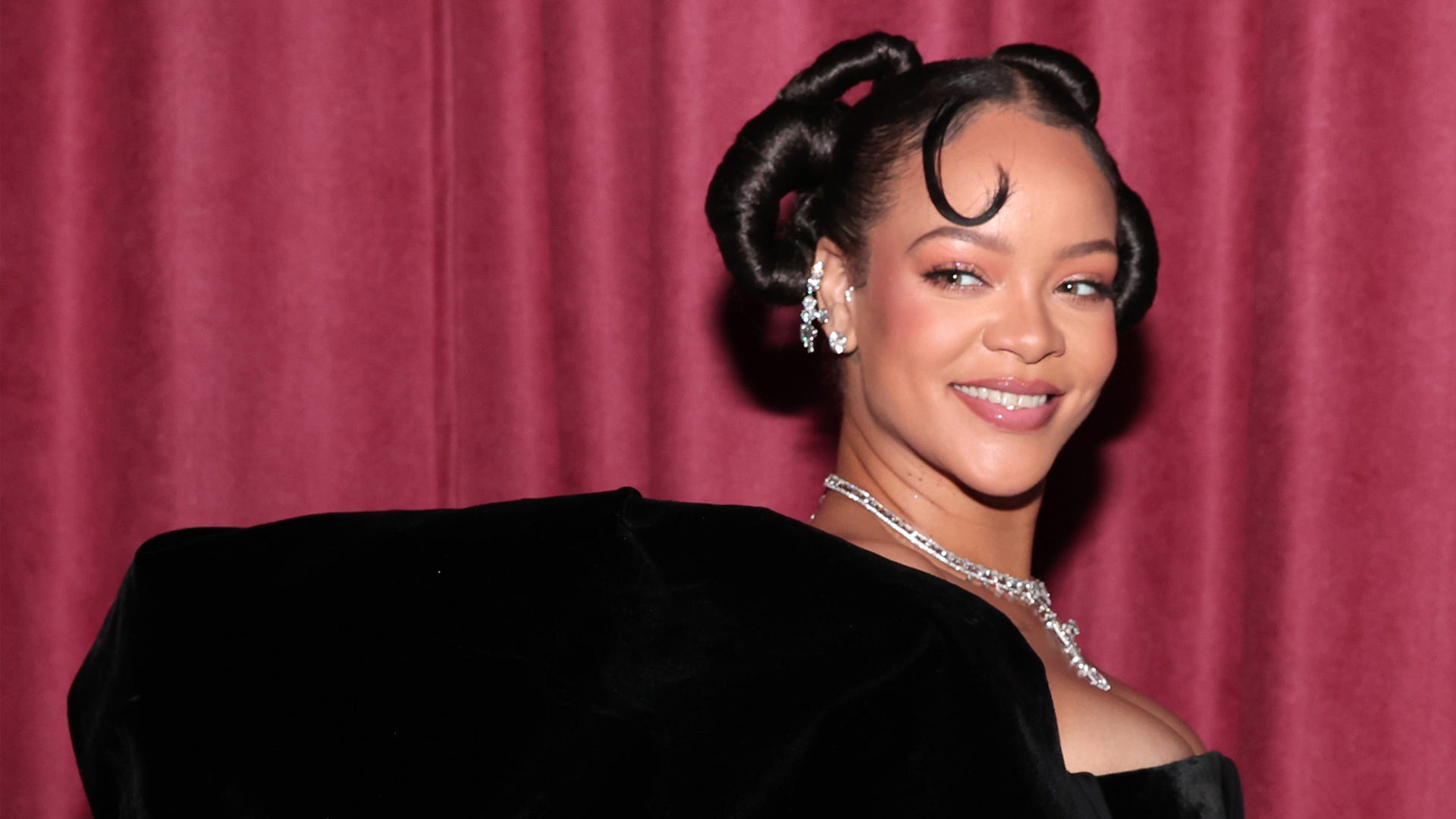 Rihanna is ready to leave us all speechless with first Super Bowl Halftime trailer: Watch now

The comparison upset a lot of people on social media as not only are Beyoncé and Rihanna both powerhouses in the music industry but the message was easily interpreted as Rihanna being “less than” and trying to put two Black women against each other.

Television personality and comedian Leslie Jones chimed in on The Daily Show and told Stephen A. he “needs to act like his hairline and back the f*** off.”

While Smith did issue a formal apology, he also took to his podcast, Know Mercy to blow off some steam and share his thoughts about this controversy and cancel culture. Starting the conversation with “I’m pissed off,” Smith goes into a rant about how all of this is “unnecessary drama.”

He argued that this segment stirred up pointless drama. He goes over how he only stopped by to promote his new memoir, Straight Shooter, and by the time he left he was on the verge of being “canceled.”

With Smith being known for his eccentric and argumentative personality, he revealed that Shepherd’s team approached him before the show asking him to be in “debate mode,” and told him to “feel free to express [his] thoughts,” because the interview would be debate style.

“If I'm in my car and I decide I want to listen to Beyoncé, that means I'm insulting Rihanna!? We can’t have an opinion!?” he asked.

He notes that opinions are not what is hurting our society, it’s people’s reaction to them “that leads to the degradation of our society.”

Smith even goes as far as to call out Black women alone: “And to the Black women out there, let me tell y'all something, I’m sick and tired of everytime I say something somebody wanna go there. I will remind you I was raised by five women. Don’t talk to me about pitting Black women against one another.”

Summing up the situation as “flagrant hypocrisy,” he argues that not only does he debate for a living -- so it's his job to have controversial takes -- but also that it’s in human nature to compare things.

Stephen A. Smith knows mercy… when it’s warranted. On “Know Mercy” Stephen A. will give you his straight shooter point of view beyond the world of sports, breaking barriers and pulling back the curtain on politics, entertainment, and business. Three times a week, you’ll hear his unfiltered opinions on front-page news and pertinent cultural events, as well as interviews with outspoken celebrities and thought leaders across the societal arena. You’re guaranteed to be entertained, informed, and motivated. And one thing will be clear: you don't need to know sports to know mercy. Know Mercy with Stephen A. Smith is a presentation of Cadence13, an Audacy studio.