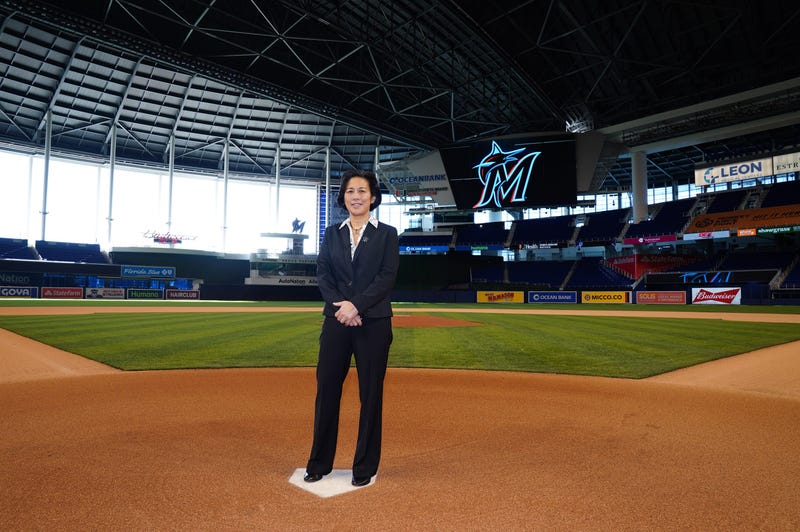 The Miami Marlins have hired a new general manager fresh off their playoff appearance this past season.  Meet Kim Ng, the new GM whose resume speaks for itself.  Her career spans 30 years and includes front office positions with the Dodgers, Yankees, and White Sox.  Now after a long journey, she finally has the position she had always wanted, general manager of a big-league club.

Kim told us about her long career, “If I hadn’t gotten this job or if I never became a GM I would never look at my career as a failure, just the opposite…You can’t quit, you just keep going on and that’s just the name of the game.  This was a great opportunity, Derek Jeter and Bruce Sherman have a great ownership group and I was thoroughly impressed talking with them.”

The Marlins had a very promising season as many of their young prospects stepped up to lead the team to a playoff berth.  Expectations will be higher for Miami this season and Kim knows that.  She said about the team, “If you look at clubs out there today all of them have good young players…that comes from having a good farm system…when I came and looked at this organization that’s what I see here and you look up and down and you see these power arms coming at you and that’s a force, I’m just really excited about what we’ve got going here.”

You can listen to the full show podcast by clicking here! Today we preview the NBA Draft, NBA free agency, and we talk to Kim Ng and Rich Gannon.