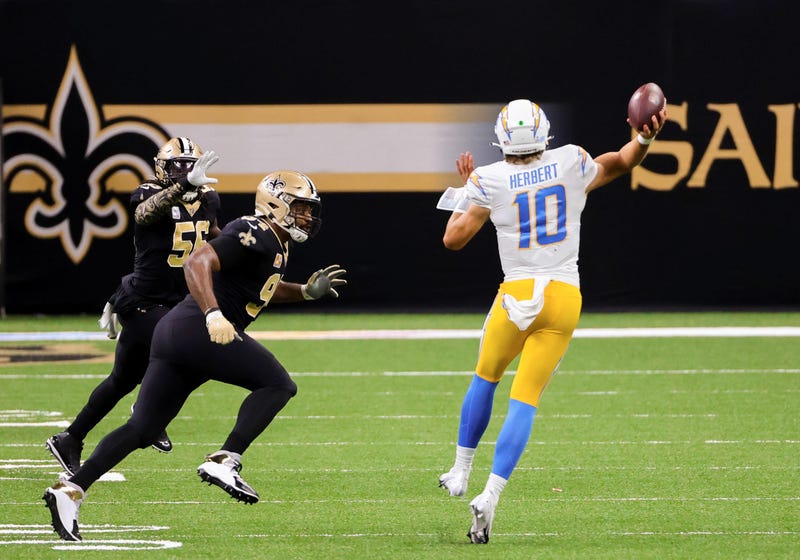 Last night on Monday Night Football the Saints beat the Chargers in overtime by a final of 30-27.  The big story though was, for the second straight week, the stellar play of rookie quarterback Justin Herbert.  Herbert lit up the Saints throwing four touchdowns with no interceptions.  Herbert and Tua will be tied together for their whole careers as Herbert was selected with the pick immediately following Tua.  Obviously, Tua hasn’t played yet but after watching Herbert start fast, questions have come up.

Former NFL executive Michael Lombardi joined The Joe Rose Show on Tuesday morning and what he had to say about Herbert may scare Dolphin fans.  Lombardi said, “This kid is really good now.  I know they spent a lot of time on Herbert, I actually believe Stephen Ross was out in Oregon watching him play sources have told me, now they made a decision and I don’t know if it’s the wrong one because I haven’t seen Tua play but you know I’m worried about Tua’s injuries, his height, I’m worried about small QB’s in the pocket so that would make me believe I’m a little concerned.

It doesn’t seem like Tua is anywhere near playing barring an injury to Ryan Fitzpatrick as coach Flores has indicated he doesn’t think that Tua is ready just yet.  The Tua and Herbert competition will be one to watch for years to come.

You can listen to the full show podcast by clicking here! Today we were joined by Bill Zito and Michael Lombardi.