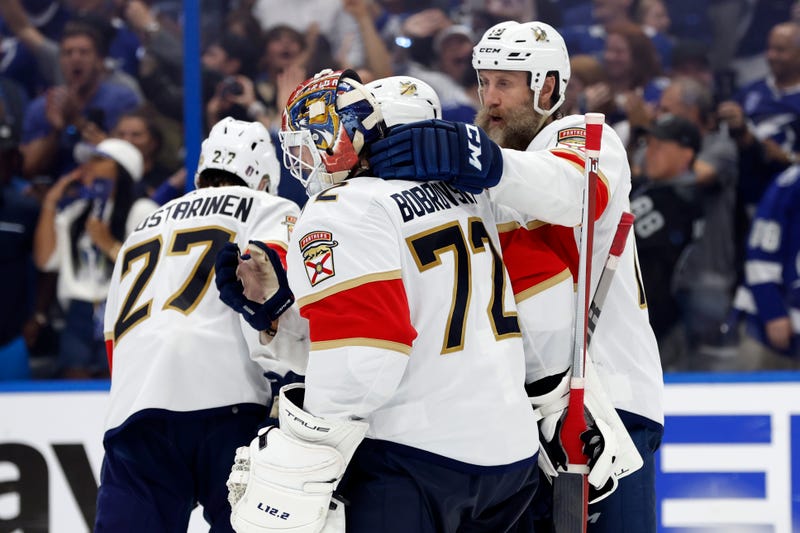 South Florida Sun Sentinal Sports Writer Dave Hyde is disappointed in The Panthers Playoff run saying, “They did not really play well against Washington, it was not the team you saw in the regular season.”

Going into the playoffs Hyde says, “The question this year is how is Bobrovsky going to be in this series?”

Hyde notes of The Panthers, “They are not a gritty team, they are a really talented team.”

After the showing in the playoffs some are wondering if interim coach Andrew Brunette gets fired, Hyde says, “I like him and his manner of coaching.”

When it comes to Coach Brunette, Hyde wonders, “The success, was it him or the roster.”

For those that want The Panthers to blow things up roster-wise, Hyde says, “No, I would hope not, they have tried that before and it did not work.”

Hyde thinks does not see a total makeover saying, “Make some tweeks, get some grit, get some toughness.”

The Panthers enter the off-season with disappointment and questions to be answered.