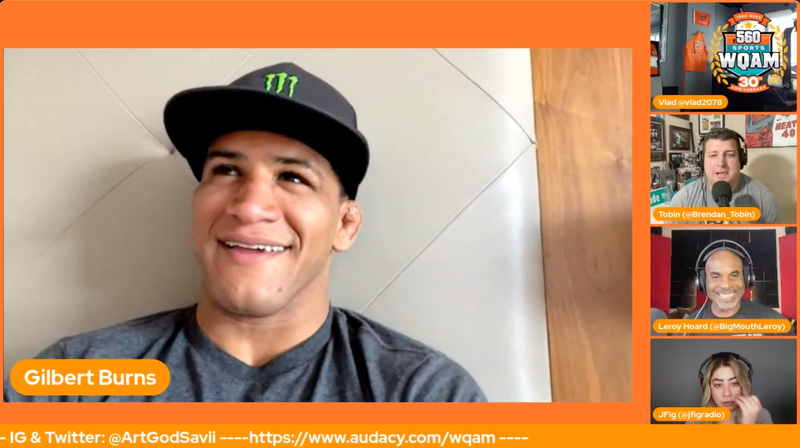 UFC star Gilbert Burns joined Tobin and Leroy before his fight at UFC 283 in Rio de Janeiro. He is excited to be back home and fight in front of his family who hasn't been able to see him fight in person in years. Gilbert also is still dealing with the playoff loss of the Miami Dolphins. "They played a very good game. I didn't expect much from Skylar Thompson but he played okay," said Burns. He thinks that Tua should take time to heal his concussions and in the meantime he wants the Dolphins to make a switch at QB. "He should be out for a little while and get a good recovery. I think the idea I have is a little crazy but what if we get Tom Brady?" Tobin and Leroy did like this idea at all! Gilbert also discussed the passion of fans in Brazil and why Jorge Masvidal won't fight him.