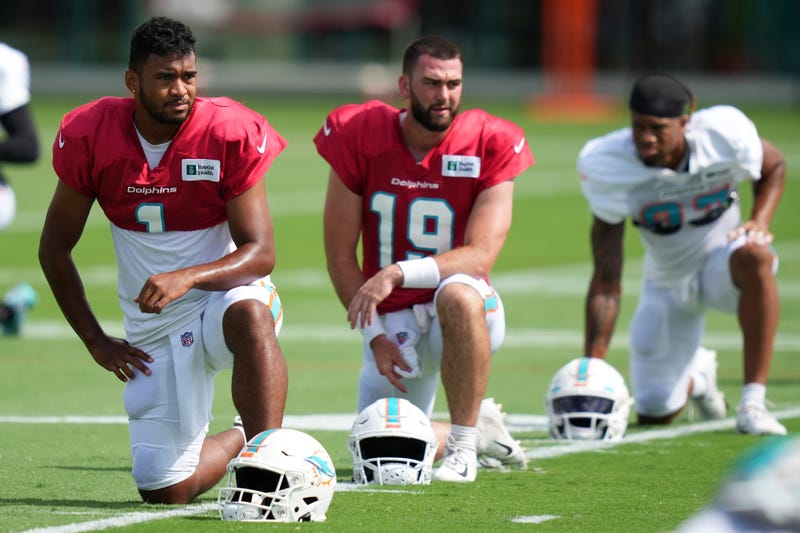 CBS Sports’ Damon Amendalara explains why he thinks the Dolphins are such a big story this offseason saying, “I think it is because The Dolphins have been hovering around the playoffs a couple years.”

He adds, “It is sexy to try to find the next good team.”

Although The Dolphins may be good this season he is high on quarterback Tua Tagovailoa stating, “I do not think Tua is very good, he might be a career backup.”

Amendalara is feeling Dolphins new head coach Mike McDaniel though saying, “I think he is going to be really, really good.”

There has been a lot of talk about Tom Brady at one point wanting to play for Miami but ending up back in Tampa Bay, on that issue Amendalara says, “They called Brady back in and he said he would come back but they have to fire Bruce Arians.”