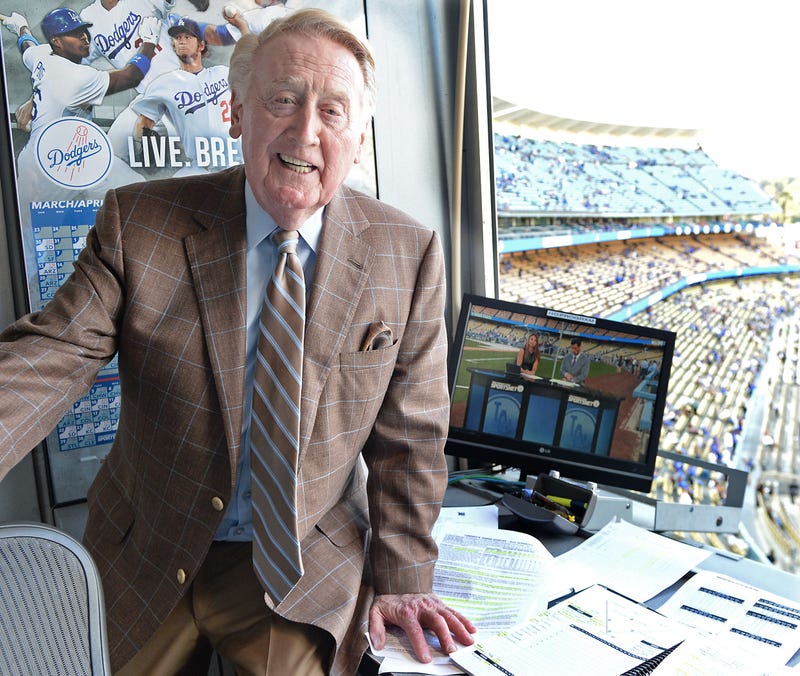 Former Dolphins Announcer and now San Diego Padres play-by-play guy Jesse Agler remembers Vic Scully saying, “He told me to take a seat when I met him and we talked for 20 minutes and it was great.”

He wrote Scully a letter thanking him and got a replay saying, “He left me a beautiful voicemail, thanking me for the letter and he wished me the best in my life and career.”

His Padres traded for Juan Soto yesterday and Agler states, “Soto, Machado and Tatis feels like a big three but I am not sure what it means because baseball is so hard to prognosticate.”

When it comes to Miami and baseball Agler says, “Miami has a good baseball fanbase but they have been beaten down.”

He adds, “They are in a better place top to bottom organizationally and they are on the way to getting it done.”

Agler likes the direction of The U saying, “To see the school behind the progam and now getting the coach, I am incredibly excited and I feel like people in Miami probably feel the same as I do.”

The Padres come to town to play The Marlins on Monday, August 15th.  Be sure to catch the action.